Meet the CSA45, a new take on the pistol caliber carbine platform (PHOTOS) 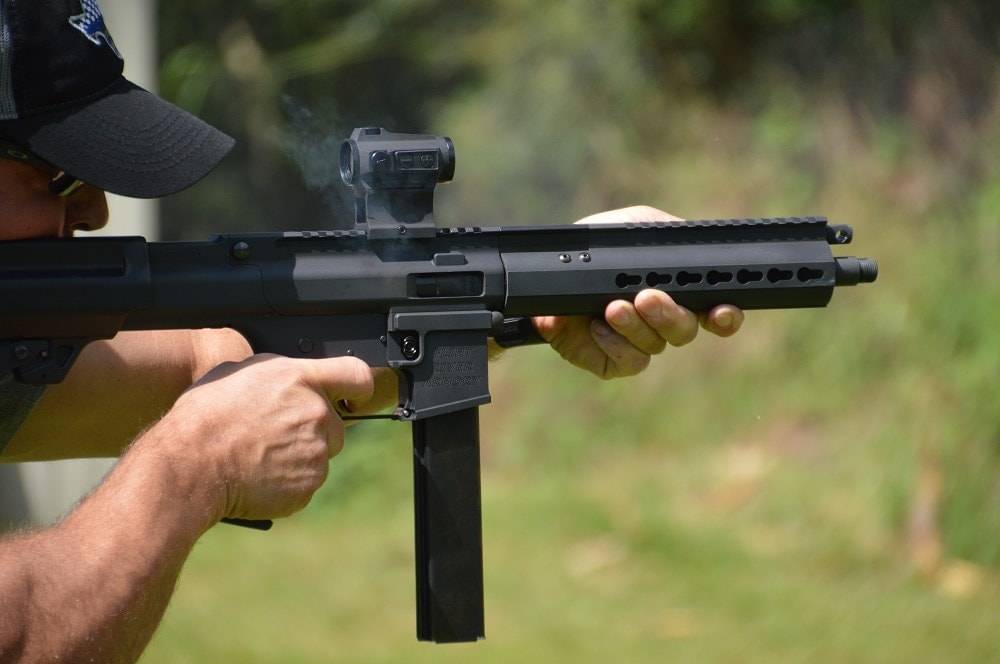 FRA’s Carbine Short Action is a .45ACP that come in both NFA-compliant and SBR models with 16-inch and 10-inch barrels respectively (Photos: Chris Eger/Guns.com)

We recently hit the range with Alabama-based Flint River Armory to take a look at their innovative and American-made piston-driven carbine.

While it may appear AR-15ish, it only appears that way. The trigger group is fully interchangeable with AR-15 series triggers, AR surface controls and grips are maintained for familiarity and the adjustable buttstock uses an AR buffer, but that is where the similarities end.

Charley Groves, president of FRA, told Guns.com the CSA45 (Carbine Short Action) began with a clean sheet design that started off as a sketch on the back of a napkin four years ago. 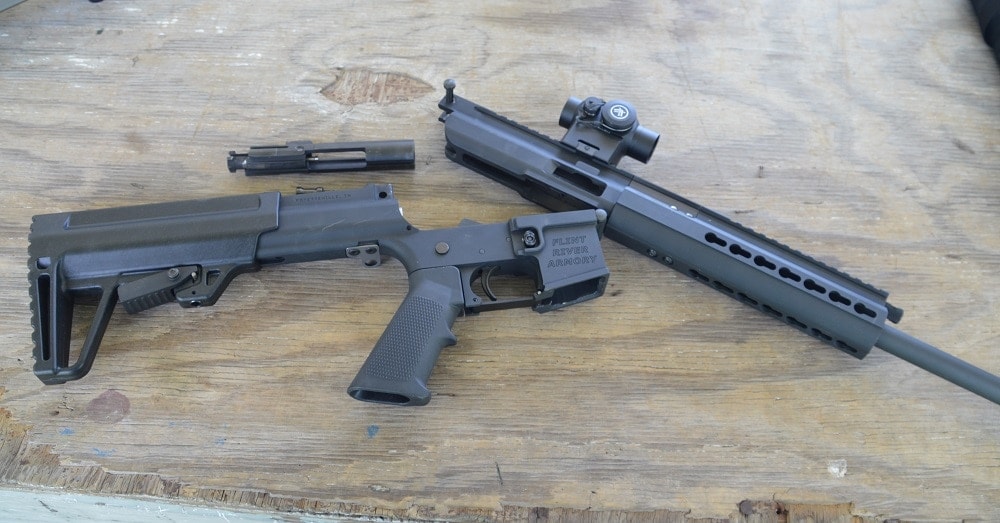 Take down is easily accomplished 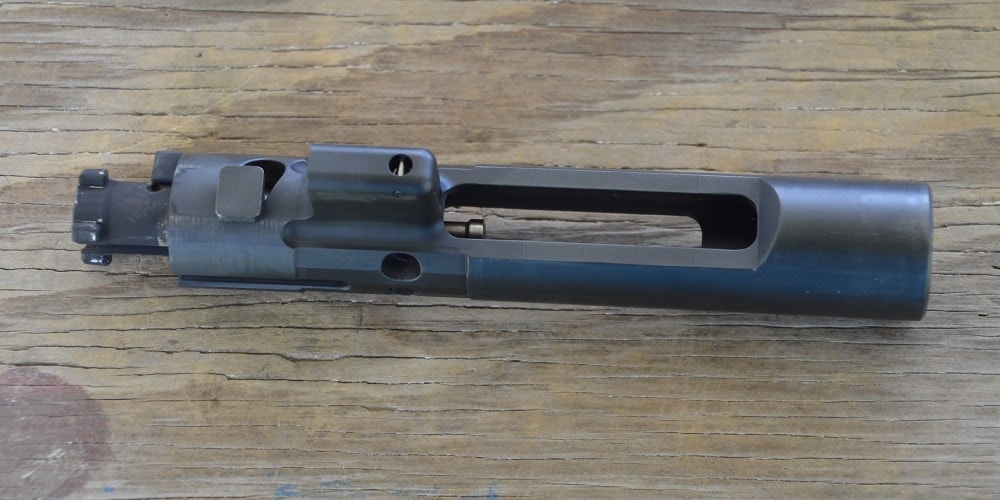 The CSA45’s bolt runs very clean due to the short gas piston action. This was after several hundred rounds of mixed ammo. 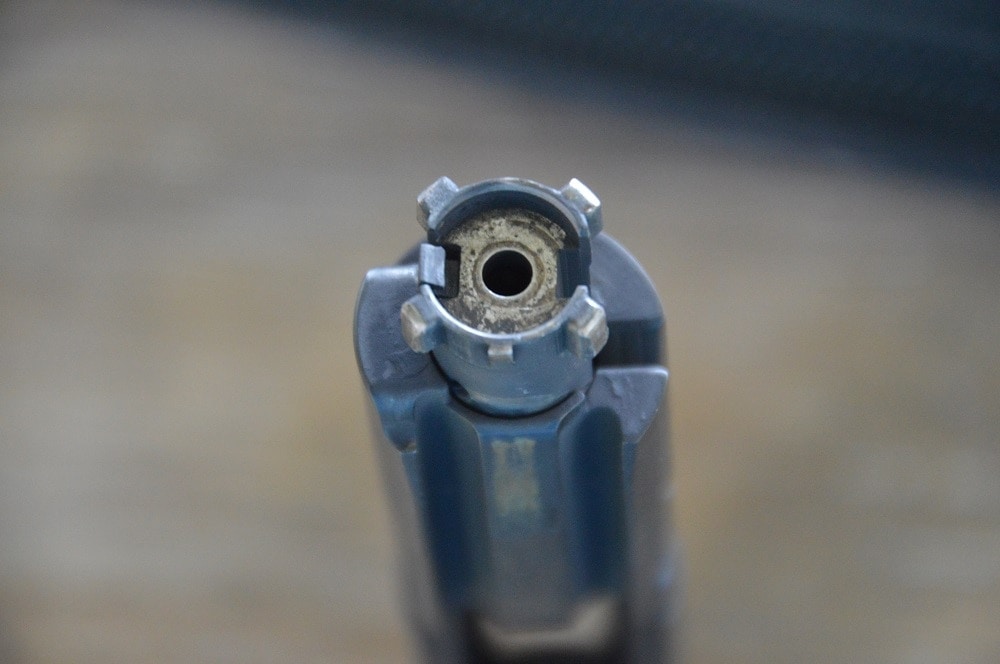 Yup, that is a four-lug rotating bolt

The gun is very light– being a pistol caliber carbine– with the production carbine tipping the scales at just over six pounds. The standard NFA-compliant carbine runs 30.9-inches with a 16-inch barrel while the SBR is just 24.9-inches overall. The barrels come threaded for your favorite muzzle accessories. 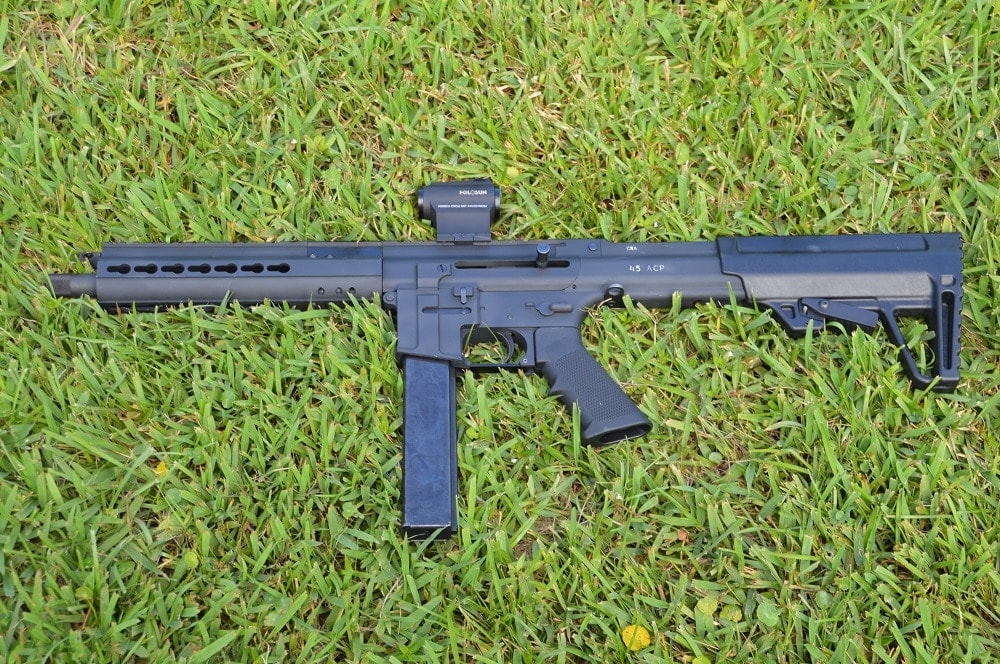 The SBR is just 24.9-inches overall and is proving popular with police entry teams. Note the left-side charging handle. 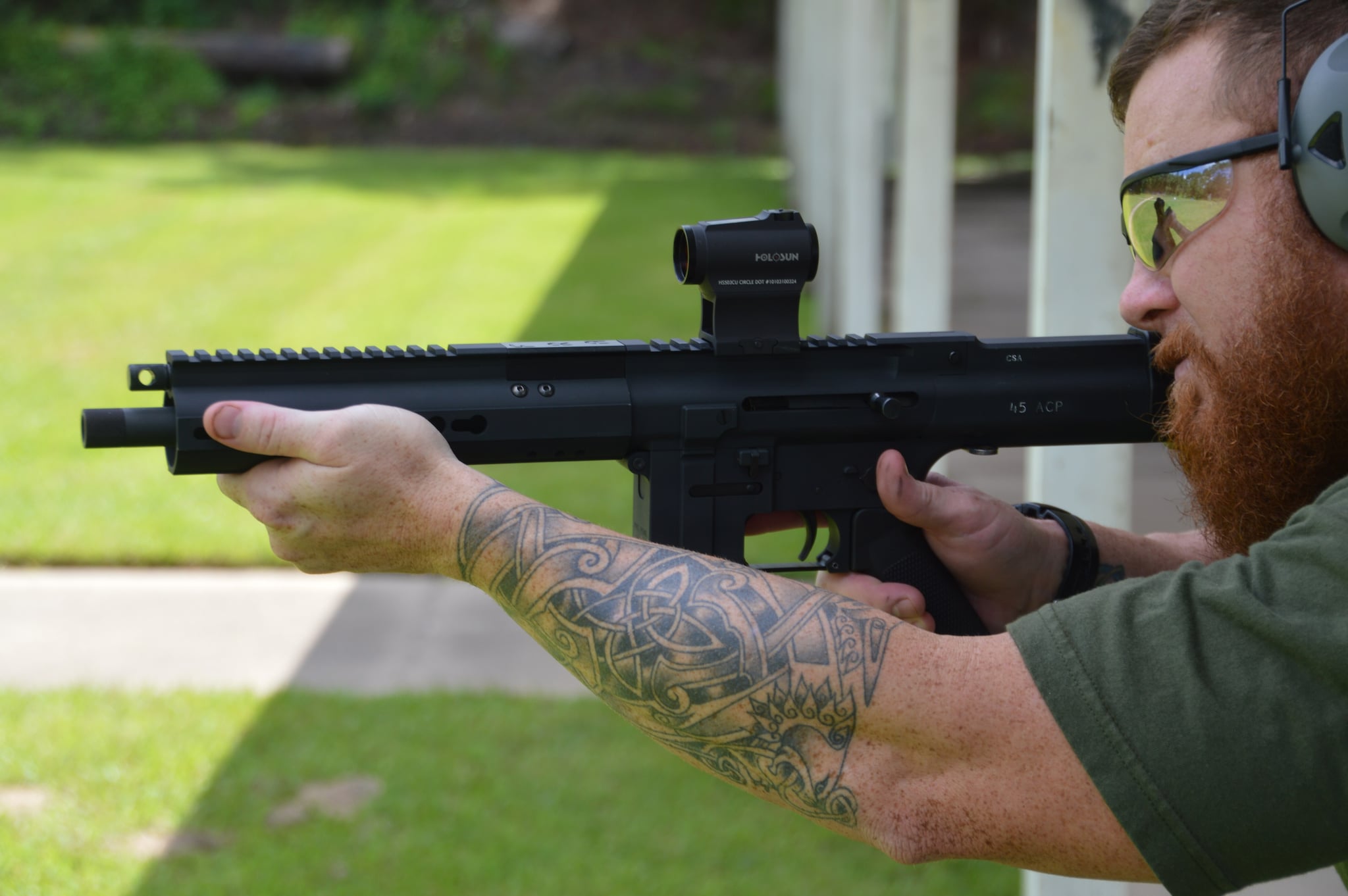 Note the Key-Mod handguard and Picatinny-style top rail. Magpul M-Lok is an option as well. 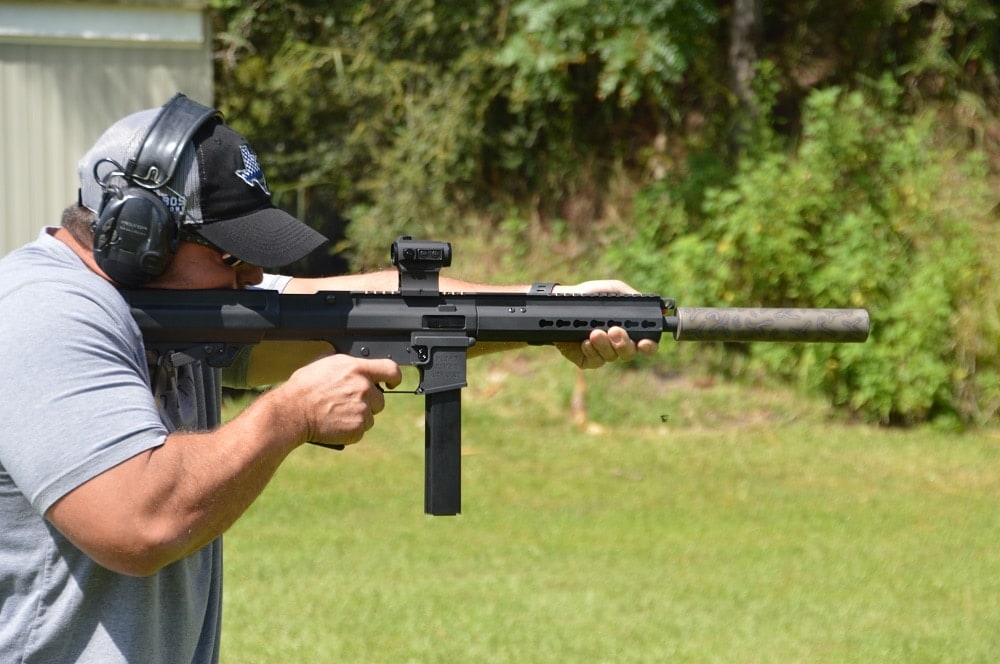 Though with the SBR being six inches shorter, the difference in length with a can attached is stark 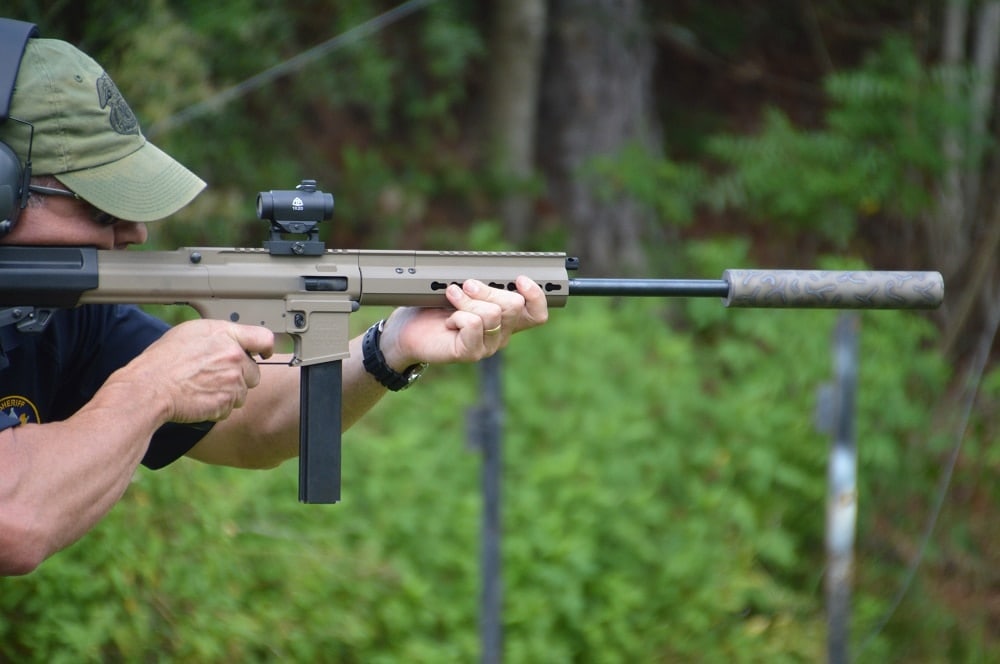 Both variants come with threaded barrels, making them suppressor-ready 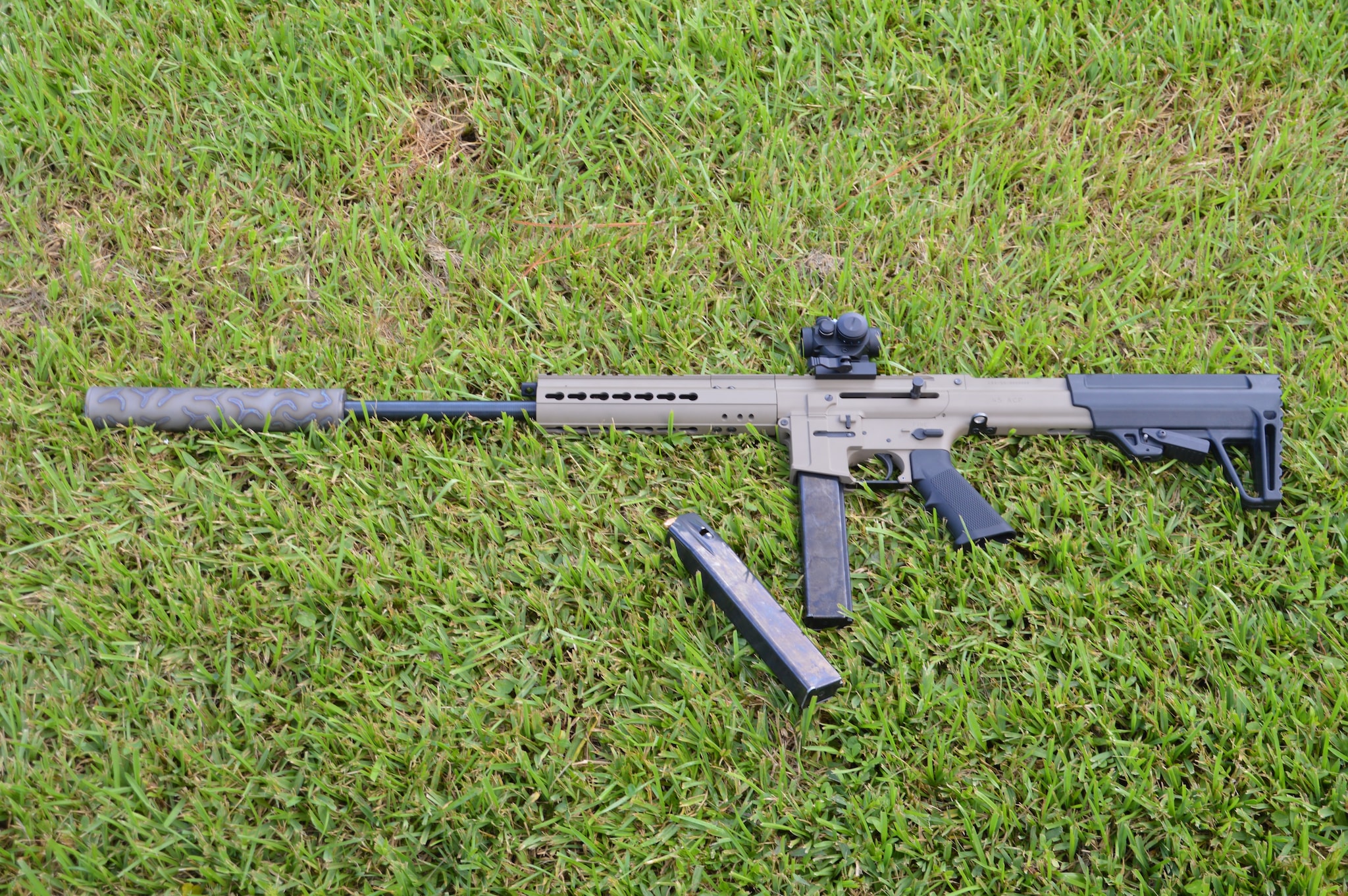 Even with a 16-inch barrel, the standard CSA45 carbine (without a can) runs 30.9-inches overall 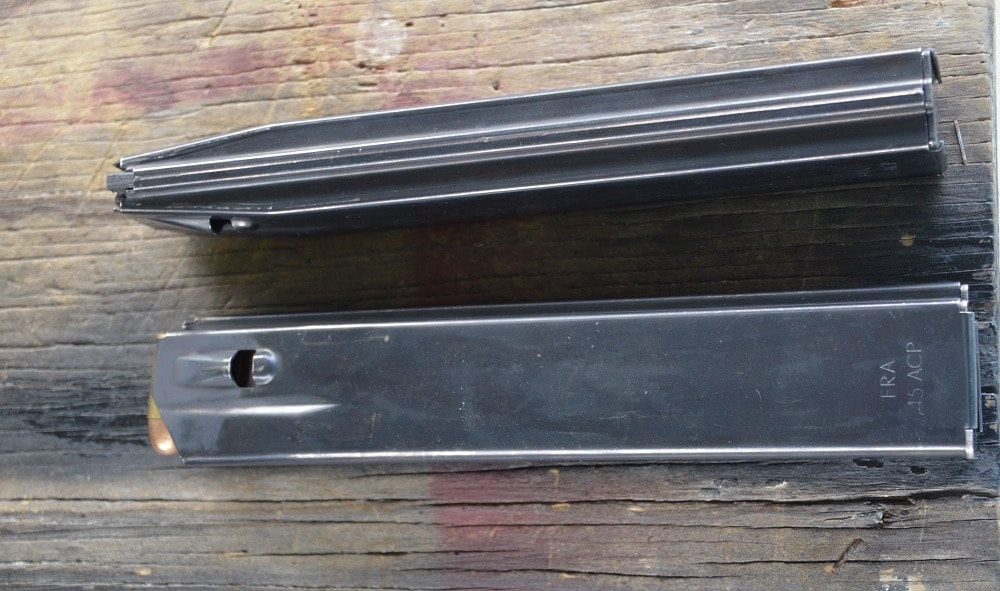 Magazines are 25-round double-stack, single-feed all-steel sticks that look at home with the Tommy gun or M3 Grease gun, but are proprietary. 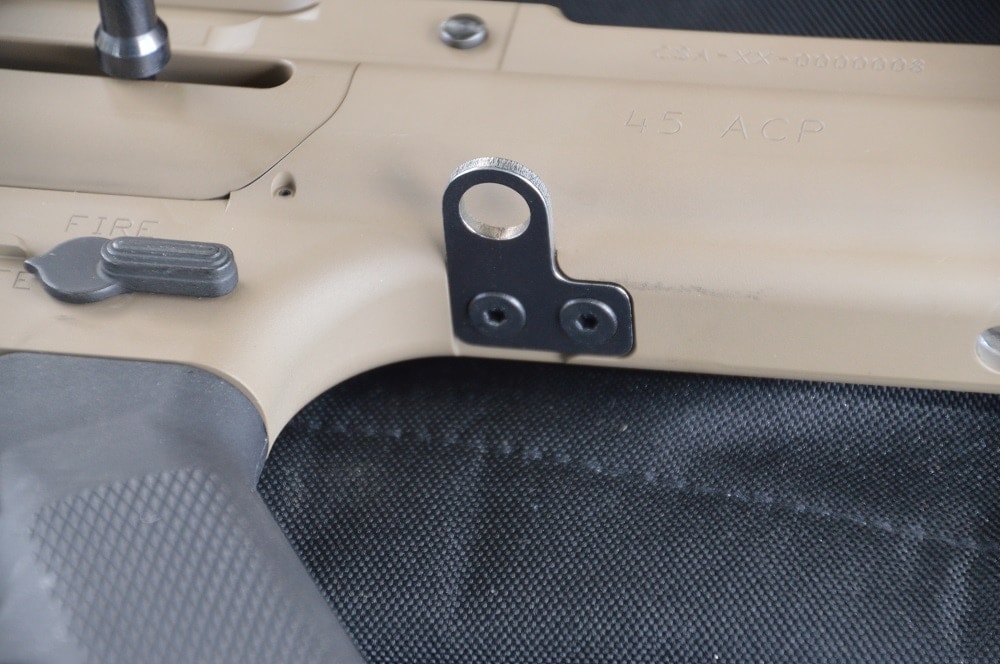 The CSA45 comes largely from the Heart of Dixie, with the platform being produced in Scottsboro while the company headquarters is in Huntsville. All parts are made in America with about 75 percent being sourced locally.

The 25-round mag is a proprietary all-steel design. Groves said they looked at off the shelf mags on the market and they weren’t compatible with the action.

FRA currently has dealers in at least 8 states and the platform has seen adoption by several law enforcement agencies as an entry gun. Groves, a retired Naval Aviator, and government contractor told Guns.com they are in the process of developing a select-fire variant as well. 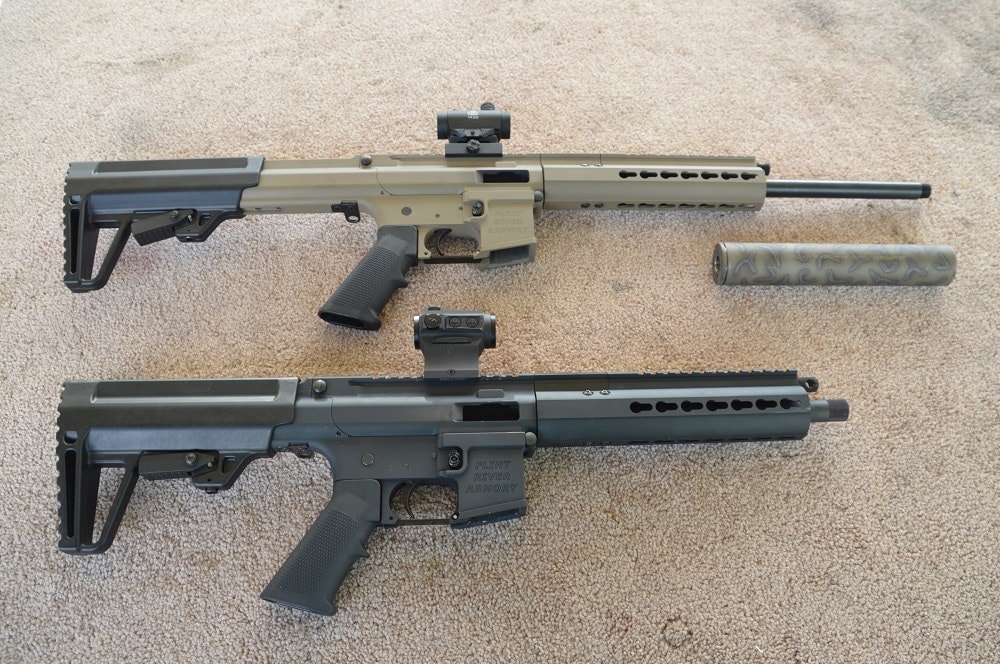