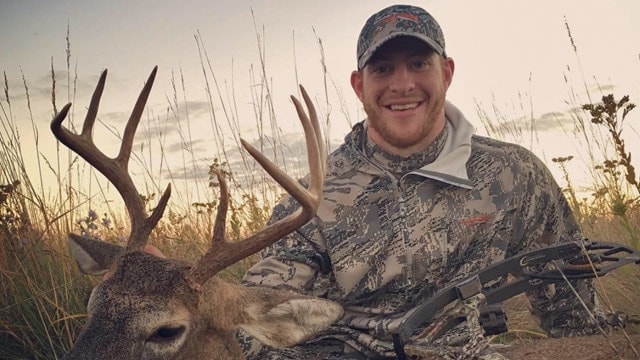 The 23-year-old rookie quarterback is a North Dakota native and a hunter. He bought the Beretta long guns for his teammates with their numbers engraved on the butt of the guns, according to ESPN. Offensive guard Allen Barbre, a fellow hunter, says the guns are the Beretta model known as the Silver Pigeon, which retails for about $2,000.

“This is an awesome gun. I’m excited about it,” said Barbre. “I don’t know if I’ll shoot it, though. It’s pretty nice.”

“Our staff’s immediate reaction to the news about Wentz’s gifts to his teammates was to ensure that the gifts were used safely and responsibly,” said CeaseFirePA Executive Director Shira Goodman in a statement.

Bearing Arms writer Bob Owens reported Thursday that Goodman said his group is trying to decide whether to send cable locks or trigger locks to the players.

“Amusingly, CeasefirePA’s attempt at grandstanding is an entirely futile one, as neither trigger locks nor cable locks will work reliably with an over/under shotgun,” wrote Owens, explaining the group’s misfire.

“Maybe next time instead of looking for attention, CeasefirePA can do the rudimentary work it takes to discover that Carson Wentz bought his offensive line one of the safest firearms on the planet, which simply cannot be fired when stored,” Owens wrote. “CeasefirePA, like most gun control groups, runs on a toxic mix of ignorance arrogance, and fear.”

Still, some Eagles players have had problems with guns this year. In October, linebacker Nigel Bradham forgot about a loaded gun he kept in a backpack. He had a concealed carry permit for the gun, but was arrested at Miami International Airport when he tried to bring the bag through security, according to Philadelphia Daily News.

In November, wide receiver Josh Huff was released from the team after he was arrested and charged with unlawful possession of a weapon. He had a 9mm handgun and six hollow-point bullets, as well as a small amount of marijuana when he was pulled over for speeding on the Walt Whitman Bridge, according to court documents.

An informal poll of Eagles players found that 18 of the 37 players asked said they owned a firearm.

“I like to go clay shooting and stuff,” said right guard Brandon Brooks. “All I’ve got is a home defense tactical shotgun, short-barrel, so I was looking for one of these,” he said, referring to Wentz’s gift.

“I haven’t really held a gun or anything before,” said rookie lineman Isaac Seumalo. “But I’m more than thankful for it. It looks sweet. Carson said he’d teach me how to use it and all that good stuff.”