Most talked about defensive gun uses of 2016

Defensive gun uses are often a hot topic on Guns.com, but some cases – for a variety of reasons – stand out above the others in terms of the times they are read and shared and the comments they receive. As 2016 comes to a close, we took a look back at the most talked about self-defense cases of the year. 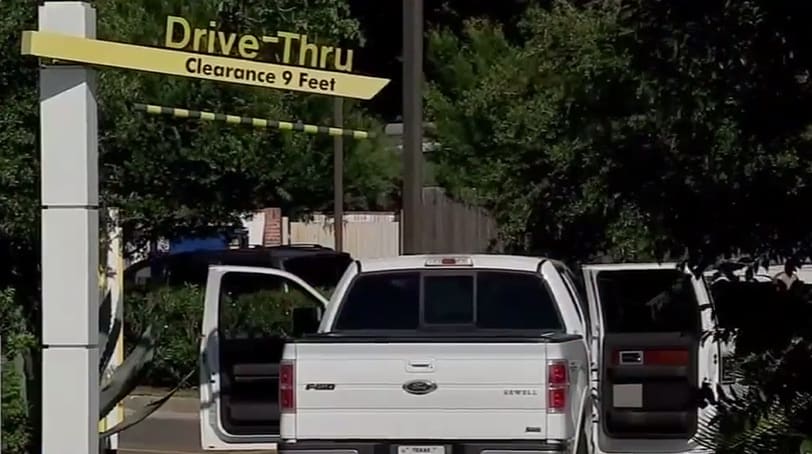 A father of a young boy shot and killed a would-be robber who pulled a gun on him and his child in the drive-thru lane of a McDonald’s in League City, Texas, in May. (Photo: ABC 13)

On a Saturday afternoon in May, a father and his 4-year-old son stopped off at a McDonald’s in League City, Texas, only to be met by an armed robber.

The would-be robber was shot after pulling a gun on the father, who had just one thing on his mind: Protecting himself and his young son.

“Never would have dreamed in a million years that a McDonald’s drive-thru, like blocks from the police station in broad daylight, 2 or 3 o’clock in the afternoon, something like this would happen,” said the father’s attorney, Robert Pelton.

The suspect was shot three times and died shortly after he was rushed to the hospital.

Authorities confirmed the father, who was said to be extremely distraught over the ordeal, was a legal gun owner and licensed to carry a concealed firearm. 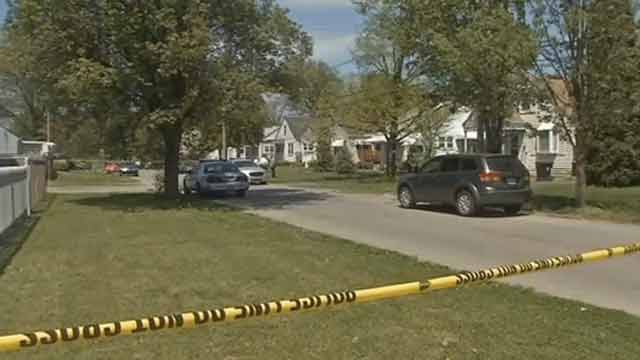 Gary Dickman, who lives across the street, said kids run up and down that street at all hours of the day and night, often in groups of 10 or more. (Photo: WDRB)

Two teens who broke into a Louisville home in April were shot when they came face to face with the armed homeowner.

Authorities did not release many details of the crime but did confirm that the suspects killed the family’s dog after breaking into the home.

Officers were called to the scene around 12:30 p.m. and when they arrived, they found one suspect lying in the yard and the other was one street over.

Due to their ages, the names of the suspects were not released, but neighbors who tended to the wounded boys described them as looking like little kids.

Despite their wounds initially appearing to be extensive, both boys survived. 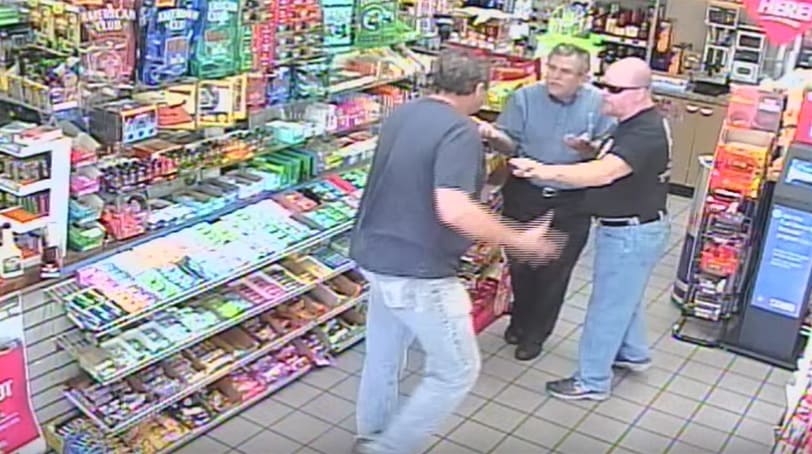 an armed citizen acted in self-defense when he shot and killed an angry, aggressive customer at a Mandeville, Louisiana, gas station in early April.

A 42-year-old man who was harassing a clerk at a gas station in Mandeville, Louisiana, in early April was shot and killed after he attacked a customer who tried to intervene.

St. Tammany Parish District Attorney Warren Montgomery called the man’s death a tragedy but determined nearly two months after the incident that the armed citizen acted within the parameters of the law.

According to reports from local media, Shawn Breland had been bothering the clerk, who was of Middle Eastern descent, when the customer, who was openly carrying a handgun, entered the store and witnessed the harassment. Breland walked out of the store numerous times but returned to harass the clerk even more.

Breland was asked by both the clerk and the customer to stop, but he continued, even after the police were called.

But before police arrived on the scene, Breland became increasingly agitated and, after throwing items at the clerk, walked outside again. The armed citizen then followed Breland in an attempt to get his license plate number for the police, and at that point, Breland physically attacked the man.

The brawl continued inside the store for a couple of minutes before the armed citizen shot Breland.

Surveillance video captured the encounter and corroborated the clerk and customer’s account of what transpired. Nobody else was injured.

An attempted robbery of an 80-year-old man in his Fairmont, West Virginia, home in April left two suspects shot and the third in police custody after the elderly man fought back against his assailants.

One suspect died and the two who survived were arrested and charged with robbery and conspiracy.

According to a statement from the Fairmont Police Department, the female suspect, 23-year-old Whitney Kabiru, knocked on the elderly man’s front door and asked to use the phone. Kabiru claimed she had an emergency, but when the man opened the door to let her in, two more suspects, 28-year-old Larry Shaver and 28-year-old John Grossklaus, forced their way inside, pulled a gun and announced a robbery.

Unbeknown to the trio, however, the homeowner was also armed, pulled his own gun and shot Shaver and Grossklaus. Once shots were fired, Kabiru ran away, leaving her wounded accomplices behind.

Shaver was pronounced dead at the scene and Grossklaus was transported to the hospital for medical treatment. Kabiru was later located by authorities and she and Grossklaus were taken into police custody.

Investigators later learned that the weapon carried by the suspects was fake. Nonetheless, the homeowner was unaware the gun was fake at the time and authorities determined the shooting was an act of self-defense. 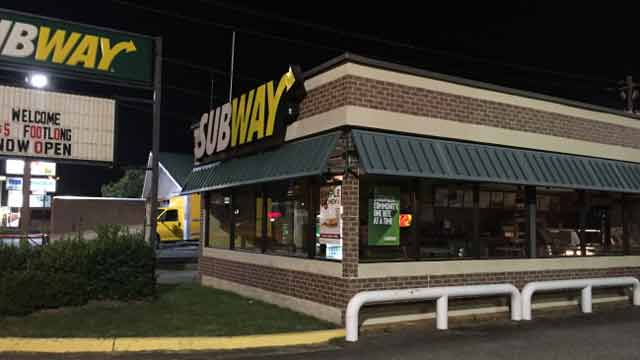 The woman told police she immediately felt uneasy when the suspects walked in, so she went to a back room to get her gun. (Photo: WJBF)

A 24-year-old would-be robber was fatally shot while trying to rob a Subway restaurant in Augusta, Georgia, over the summer.

The Richmond County Sheriff’s Office determined that the Subway employee who shot the suspect acted in defense of herself and her 14-year-old son, who was in the restaurant at the time of the robbery and brutally attacked by one of the suspects.

The employee told police that she immediately felt something was awry when the two suspects entered the sandwich shop that August afternoon around 12:30 p.m. She said one went to the restroom while the other began to ask her about the Atlanta area. Both, she said, were carrying crowbars, which would have explained her immediate uneasiness.

Feeling nervous, the woman walked toward the back of the business to retrieve a handgun from her purse, but as soon as she did this, one suspect ordered the woman’s son to the back of the store, while the second suspect jumped over the counter.

However, when one of the suspects struck the woman’s son in the head with a crowbar, she opened fire, striking the suspect three times. Both suspects then fled on foot.

Responding officers found the injured suspect, 24-year-old Cornelius Lamar Harrison, in a nearby wooded area. He was taken to the hospital where he later died.

A phone call to police from a concerned citizen the following day led to the arrest of the second suspect, 23-year-old Howard Maurice Harris. In addition to being wanted for the robbery, he also had an active warrant for prior drug charges.