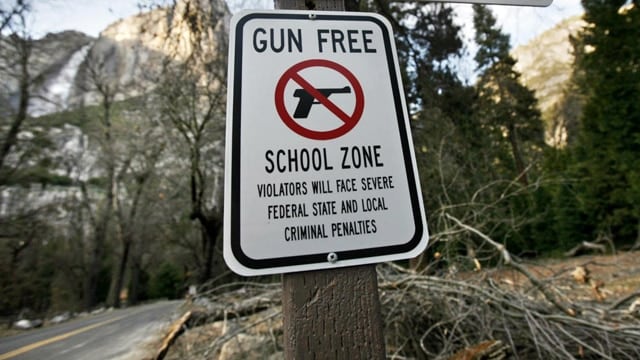 President-elect Donald Trump has vowed to eliminate gun-free zones on school campuses, but experts say legally executing the plan is not so simple.

Before abolishing what gun rights advocates call easy target areas, Trump would have to unravel overlapping federal and state laws in addition to convincing lawmakers it’s a worthy issue to consider, according to the Arizona Daily Sun.

Exploring the legal and political realities of the issue, the newspaper points out that even the gun friendly state of Arizona has yet to completely abolish gun free zones from schools. Describing the issue, Charles Heller, co-founder of Arizona Citizens Defense League who supports Trump’s position, said: “The problem is the Republican Arizona Legislature, which refuses to budge on the problem.”

Even with a Republican-held Senate and House in Washington, “it would certainly be a fight,” Cottrol said. “And the question for any president would be: Where do you place your priorities?”

In a post-election update of what he plans to do in his first 100 days, Trump did not mention gun-free zones.