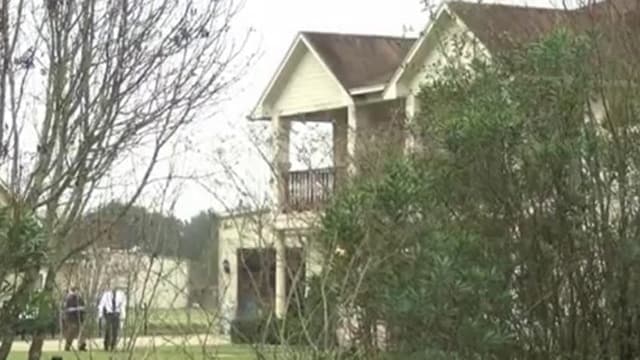 Residents said the neighborhood could be described as a “tranquil” setting away from the crime often seen in the big city. (Photo: KHOU)

Authorities are investigating a New Year’s Eve shooting that left a man dead after he refused to leave a Cypress, Texas, home.

Although details are still a bit scarce at this point, the homeowner is said to be cooperating with the police, but officials are still working to determine whether the shooting was justified, according to reports from local media.

The altercation occurred shortly after 3:30 a.m. in an exclusive gated community that boasts a private airport for residents, many of who own small planes. The man who was killed was one of about 200 people who attended an invitation-only party at the home in the upscale neighborhood.

The homeowner, who has not been publicly identified but hosted the party for his son, said everything was going fine until a drunken guest became unruly. The man was asked to leave but refused and a physical altercation ensued. The police were called, but the situation escalated before they arrived and the homeowner claims he shot the man only after he felt he had no other options.

The unidentified man was pronounced dead at the scene a little after 4 a.m.

“You never hear anything, especially from those people,” Jones said of his neighbors who hosted the party.

He said there were a lot of cars parked at the house, music was playing and kids were outside playing with sparklers when the altercation took place.

“I’m just surprised their party led to that, to be honest with you,” added neighbor Zach Mikulec. “They always seem like nice people. Most of the time, their parties are under control. The loudest thing they’ve got is their vehicles.”

Authorities took statements from dozens of partygoers who witnessed the altercation and subsequent shooting. No charges have been filed at this point, but ultimately that decision will be determined by the grand jury.