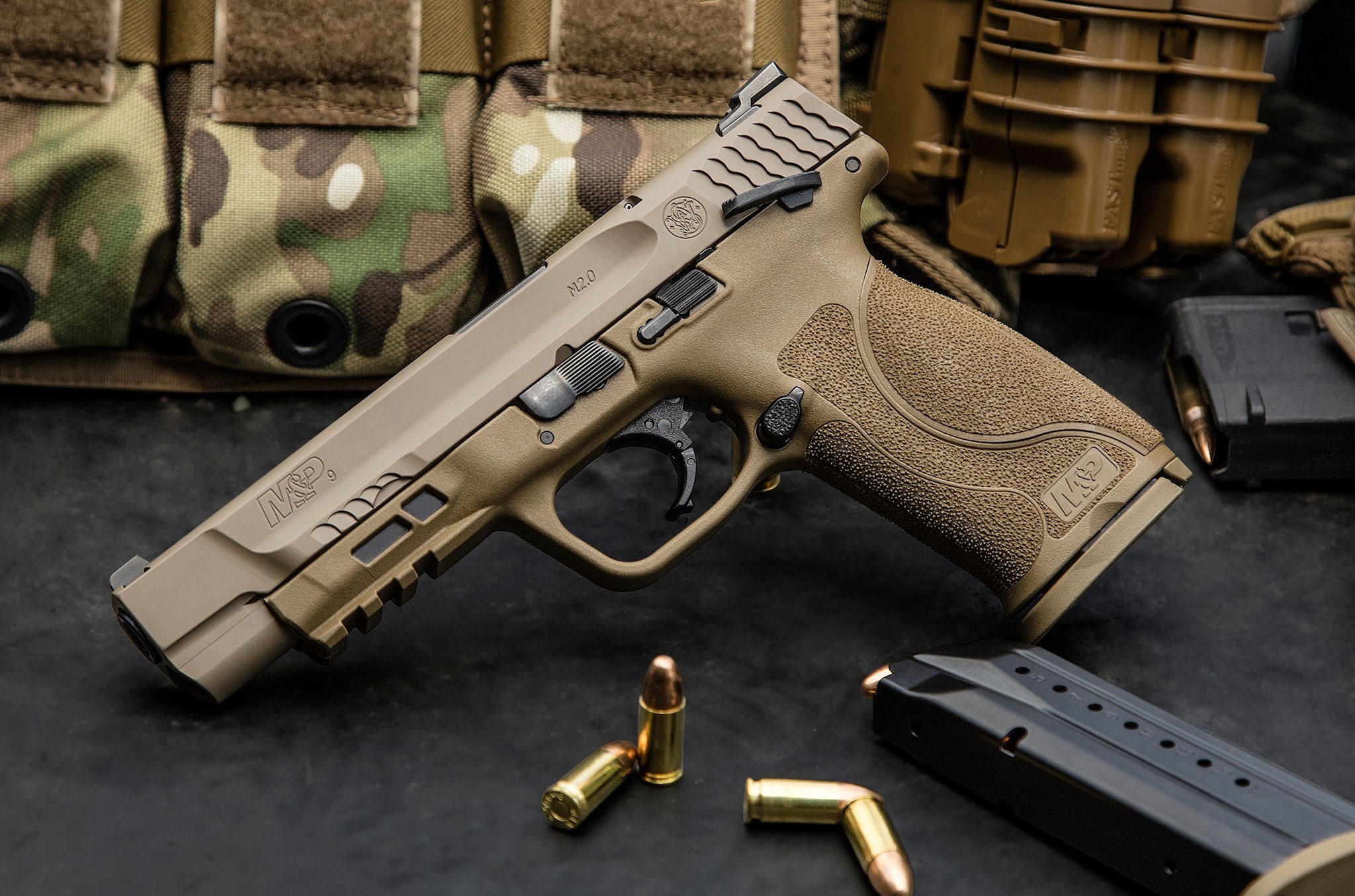 S&W’s new M2.0 entry to their well-liked M&P line of short-recoil operated, locked breech, polymer pistols has been a decade in the making. Note the optional thumb-safety. (Photos: S&W)

Smith & Wesson on Tuesday unveiled its updated polymer-framed semi-auto pistol offering in the form of the feature-laden M&P M2.0.

The latest M2.0 series comes in both Flat Dark Earth and the always popular standard black finishes and company officials hold its enhanced features over the original model really set it apart.

“This is clearly one of the most advanced production pistols on the market today, and we believe it is the pistol that consumers have been waiting for,” Matt Buckingham, president of the Firearms Division, said in a statement.

The now-classic M&P (Military and Police) was initially released in 2005 and has seen a number of variants including the Pro, Bodyguard, Shield and Compact follow up over the past decade. 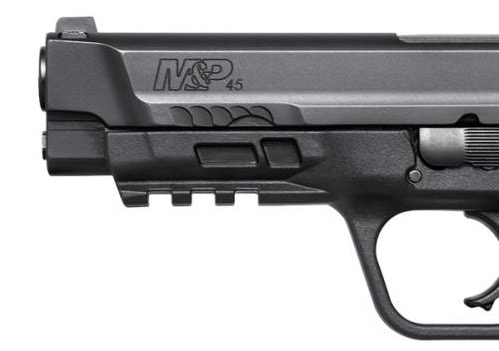 Front cocking serrations are also new to the design.

The new M2.0 will be offered in three calibers, 9mm, .40S&W and .45ACP and will have a more aggressive texture with four interchangeable palm swell inserts (legacy models had three), a crisper trigger with an audible reset, and an extended stainless steel chassis.

Front cocking serrations are also new to the design.

MSRP is set at $599 and S&W officials say both the 9mm and .40 caliber versions are in stock and shipping. At least one big-box sporting goods retailer has had the new Smiths listed for sale since mid-December.

On the .45ACP front, both the standard and thumb safety models of the new gun are already up on S&W’s website at the same price.

James Debney, president and CEO of American Outdoor Brands Corporation, the parent company of S&W, said the company’s line extensions later this year “will establish a completely new family based on this platform,” so you can bet this new M2.0 is here to stay. 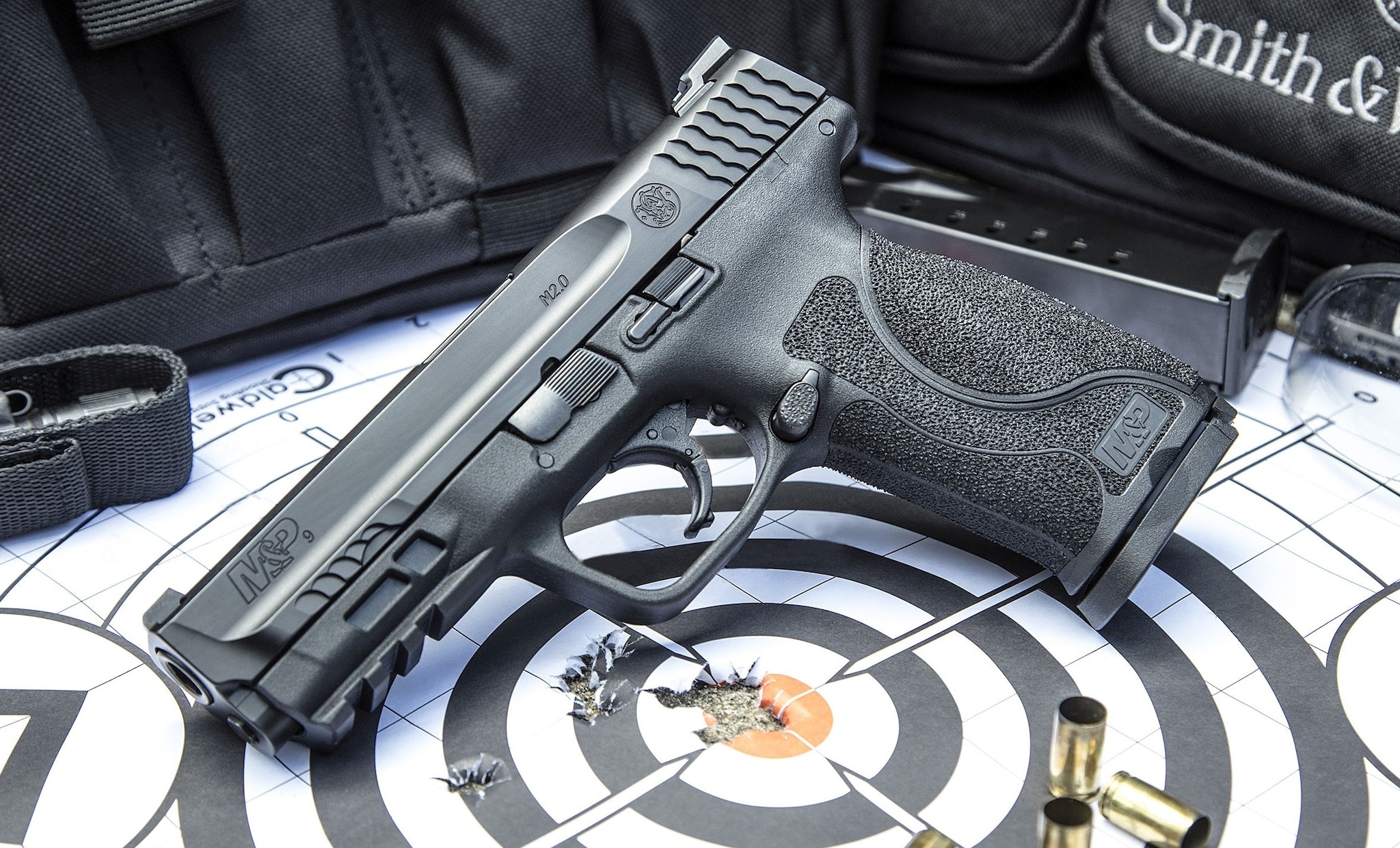