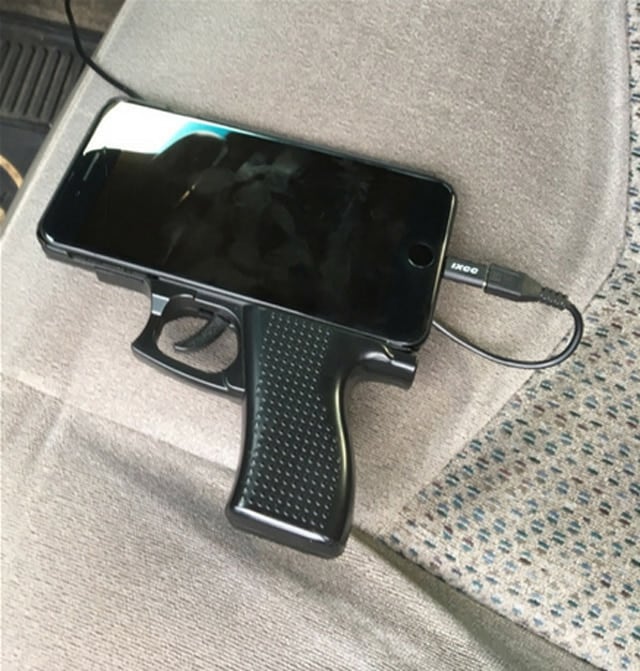 Authorities in Alhambra, California, spoke out against the use of gun-shaped cell phone cases following a call Friday morning prompted, in part, by such a case.

The Alhambra Fire Department first responded to a call about a man with a possible medical emergency in the parking lot of an Albertson’s grocery store. When the fire department arrived, they discovered a man in the driver’s seat of a Suburban either sleeping or unconscious with what appeared to be a handgun next to him. At that point, the police were called.

More than three and a half hours after the initial call came in, authorities made contact with the subject, who exited his vehicle with his hands up. Authorities determined that the man was sleeping and the object next to him was, in fact, a gun-shaped cell phone case.

The incident ended peacefully, no one was injured and no arrests were made, but the department issued a warning about the novelty cases.

“This incident could have very easily ended tragically. Please reconsider carrying items like this in public,” the department stated in a press release.