Savage came correct with their entry to the AR world, offering four rifles in three chamberings in the series debut. (Photos: Savage)

Savage Arms on Tuesday dropped the goods on their new Modern Sporting Rifle entries which will include Patrol, Recon, Hunter, and Long Range models with some interesting twists on the AR-15 and AR-10.

All of the guns feature what Savage is calling “5R” right-hand twist rifling which uses slightly slanted lands that are more polygonal– which they contend are easier to clean and less prone to fouling. The barrels across the line are 4140 steel and will be protected by a Melonite QPQ (quench, polish, quench) nitrocarburizing process for non-reflective corrosion resistance. Savage is promising to have zero-tolerance headspace controls.

In addition, Savage has tweaked the mid-length gas systems used on the series (they are all direct gas impingement) to help cut out the overgassing sometimes seen when, for instance, 16-inch commercial barrels are using systems for 14-inch carbines. All have a flattop Picatinny rail for optics. Receivers are all 7075-T6.

They come in any color you want as long as that color is black.

Let’s get into the models.

The Patrol seems pitched to the entry-level 3-gun or home defense user, with a selling point around $800. Chambered in 223 Wylde, it should gobble both 223 Rem. and 5.56x45mm ammo through their 1:8″ 5R barrel that tapes to just over 16-inches and ends with 1/2-28TPI threads. They come standard with Blackhawk BUIS sights (Savage and Blackhawk are part of the same company), a Blackhawk AXIOM stock and a mil-spec trigger group. Weight is 6.5 pounds.

The Recon, which is a step up from the Patrol, runs the same specs but swaps out the mil-spec trigger package for a Blackhawk AR Blaze group and comes with a hex Magpul M-LOK configured foreend. MSRP is $999, but you can expect that to soften at the dealers. 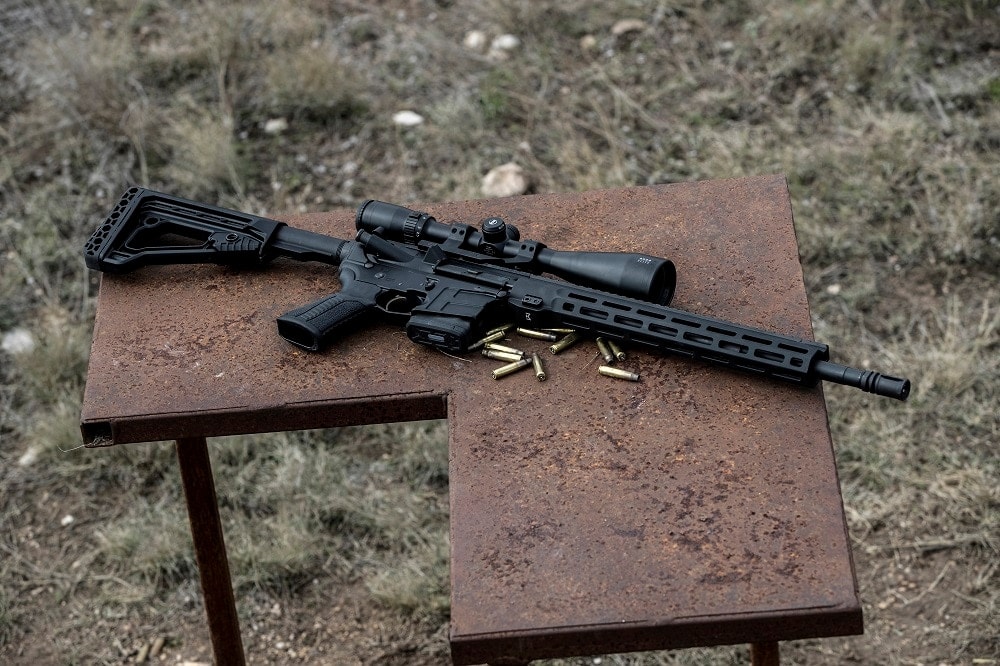 Stepping up the caliber game comes the MSR10 Hunter models which are available in .308 Win. (1:10-inch 5R rifling) and 6.5 Creedmoor (1:8-inch 5R rifling) chamberings though still using a compact barrel (16 1/8-inch fluted on .308, 18-inch on 6.5mm) wrapped by a free-float aluminum M-LOK handguard to cut down on weight. Speaking of which, both come in at 8-pounds or less with a 20-round magazine. They use E9310 high-pressure bolts with dual ejectors. Barrels are threaded at 5/8-24TPI for big boy cans and muzzle devices. MSRP is $1,481. 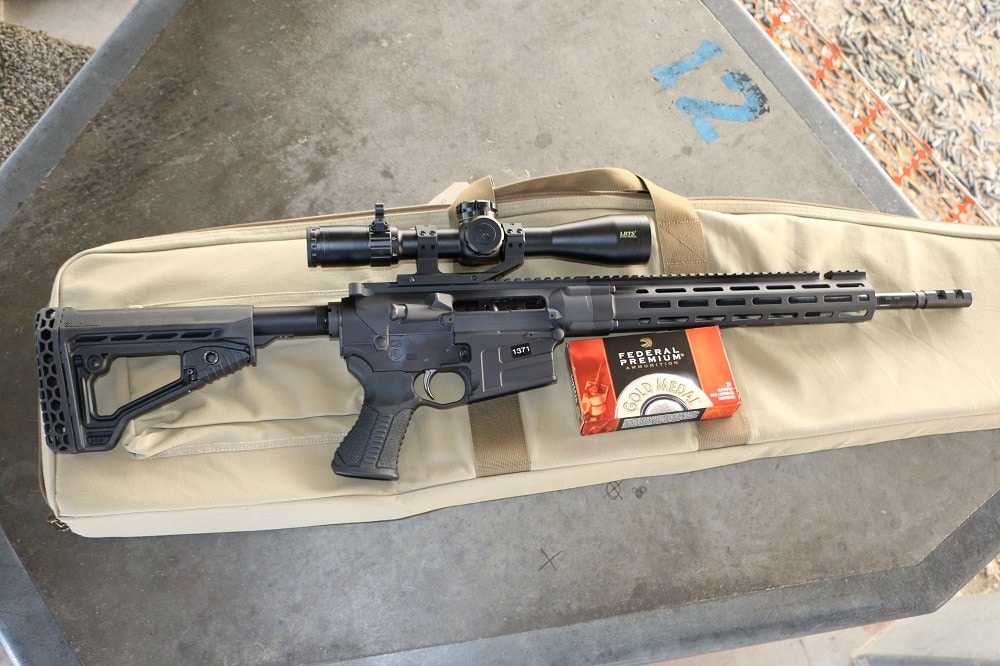 Proving that their teaser video was not just that, Savage’s MSR10 Long Range model is equipped with a non-reciprocating left-side charging handle. Like the Hunter, they are in both .308 and 6.5mm but are outfitted with Magpul PRS Gen3 buttstocks and 20-(.308) to 22-(6.5mm) inch fluted barrels placing their weight, with 10-round PMAGs, closer to the 10-pound metric. While both the Hunter and Long Range use Blackhawk AR Blaze trigger units, those on the Long Range are two-stage. MSRP is $2,284.

You can be sure we will see more on these rifles at SHOT Show.