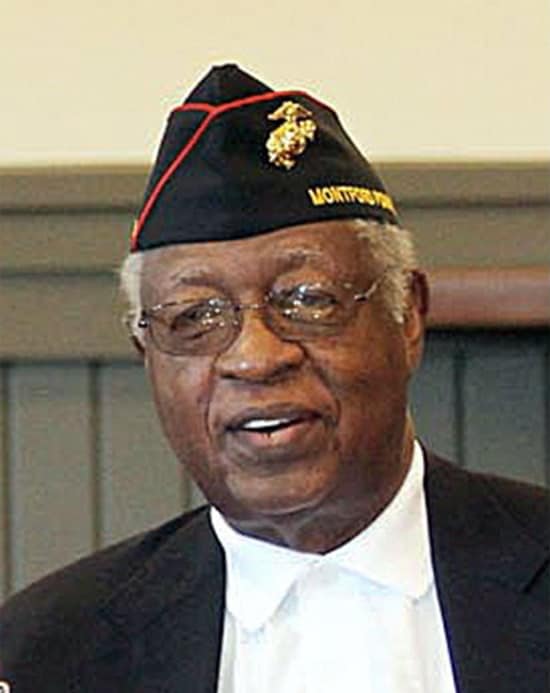 A man who fought during World War II and was one of the first black men to be accepted in the Marine Corps died at the age of 89 in Villa Rica, Georgia, Tuesday.

Angus Hardie “Jay” Jamerson, who passed peacefully in his sleep, would have turned 90 later this month.

Four years ago, Jamerson along with more than a dozen fellow Montford Point Marines were awarded the Congressional Gold Medal for their pioneering roles in the racial segregation of the military, but Jamerson’s wife, Doris, said he never intended to make history, he only wanted to serve his country.

But Jamerson said he and other black recruits were slapped in the face by a white drill instructor on their first day and thereafter often subjected to other such crude behavior. In addition, they were not allowed to go to neighboring Camp Lejeune unless they were with a white escort.

Still, Jamerson persevered and served about 18 months in the Marines, most of the time performing postal duties.

After his time in the service, Jamerson earned a law degree then later returned to the Atlanta area where he started a cosmetic company in 1979.

Jamerson was one of the estimated 20,000 black servicemen who trained at Montford Point from 1942 to 1949, but most never received recognition for their service.

“They actually fought for the right to fight,” said Fred Codes, Southern regional vice president for the National Montford Point Marine Association, who counted Jamerson among the members of the group’s Atlanta chapter.

In fact, Codes said he was in the Marines for a decade before he even learned about Montford Point and of those 20,000 recruits, only about 300 remain alive today, a number that is quickly falling. Of the 15 former recruits, which included Jamerson, who were honored a few years ago, only nine are still alive.