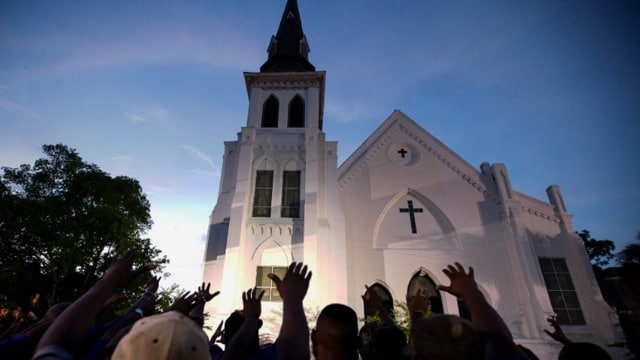 The sentencing phase is under way this week for the man found guilty of shooting and killing nine parishioners during a Bible study at a South Carolina church in June 2015.

“I would like to make it crystal clear, I do not regret what I did,” Roof wrote six weeks after the massacre. “I am not sorry. I have not shed a tear for the innocent people I killed.”

Roof was found guilty last month of all 33 federal counts against him, including hate crimes and obstructing the exercise of religion. According to the L.A. Times, it’s the first time in U.S. history both state and federal prosecutors have sought the death penalty for the same defendant.

“There’s nothing wrong with me psychologically,” Roof said Wednesday in opening remarks, representing himself. He said he fired his legal team because he didn’t want them to present evidence about his mental health. He told jurors, “I’m not going to lie to you, either by myself or through anyone else.”

Several survivors and victims’ family members addressed the jury Wednesday as they weigh whether to hand down a death sentence. Jennifer Pinckney, the wife of slain South Carolina State Sen. Clementa Pinckney, told jurors the hardest thing she ever had to do was tell her two young children that their father was dead.

In a 911 tape played in court Wednesday, Pinckney, who hid under a desk in an office during the massacre, could be heard comforting her 6-year-old daughter.

“Daddy’s dead?” the girl is heard asking her mother on the call. “No, baby, no,” said Pinckney.

Roof argued in a court filing released Thursday that the extensive testimony from victims’ families and survivors wasn’t fair.

“If I don’t present any mitigation evidence, the victim-impact evidence will take over the whole sentencing trial and guarantee that I get the death penalty,” Roof wrote, according to the Washington Post.

During trial, the pathologist who performed autopsies on the nine victims testified that each of them had been shot at least five times.

Only three inmates have been executed by the Justice Department in the modern death penalty era. Oklahoma City bomber Timothy McVeigh was one of them. The last federal execution was in 2003.