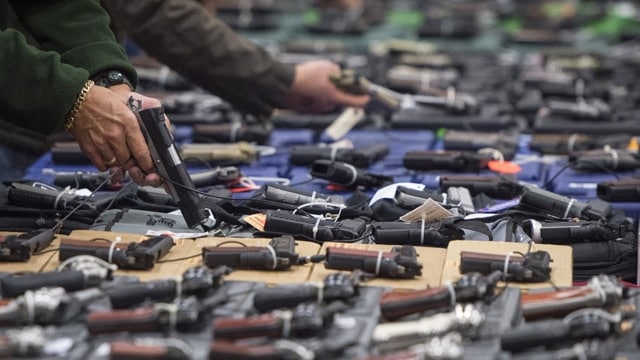 A study released Tuesday supports a long-held belief by pro-gunners that a decades-old figure about the number of guns bought without background checks is wildly inflated.

Relying on 23-year-old survey data from a Department of Justice report, gun control groups have long claimed that 40 percent of gun purchases in America have sidestepped background checks. The study released this week suggests the number is nearly half of that figure, with researchers concluding 22 percent of those surveyed say they bought guns without a check.

“We conclude that approximately 60 percent of gun acquisitions involved an FFL and hence were subject to Federal regulations,” reads the 1997 National Institute of Justice report, citing data from 1993 and 1994. “The remaining acquisitions … were off-the-books transfers in the secondary market.”

That approximation has been cited in recent years as an argument for advancing gun control efforts. According to The Trace, President Obama used the 40 percent figure in the wake of the Sandy Hook shooting. And on the campaign trail, Hillary Clinton was given “three Pinocchios” from Washington Post fact checkers when she made a similar claim.

“It’s crazy that nobody has asked these questions since 1994,” said Harvard researcher Deborah Azrael. The numbers her and her team found differ drastically from the 20-year-old report.

Published in the Annals of Internal Medicine, Harvard and Northeastern University researchers asked 1,613 American gun owners questions about where and when they purchased their firearms. Respondents took the survey online in 2015. Researchers concluded that 22 percent of respondents who purchased guns in the previous two years did so without a background check.

“For firearms purchased privately within the previous 2 years (that is, other than from a store or pawnshop, including sales between individuals in person, online, or at gun shows), 50% were obtained without a background check,” reads the study’s abstract. “This percentage was 26% for owners residing in states regulating private firearm sales and 57% for those living in states without regulations on private firearm sales.”

Still, Mike Bazinet, a spokesman for the National Shooting Sports Foundation, told Guns.com in an email that even the one in five figure is too high.

“For us, it’s a valid data point. It does not depend on survey data. It’s an actual experience,” said Bazinet. “So, there is good reason to believe that even the 22 percent number is too high.”