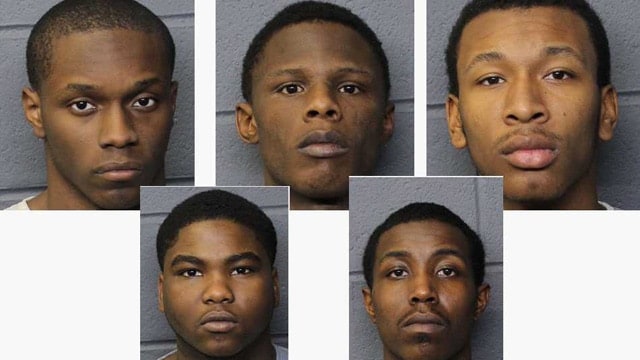 The suspects, identified as Jajuanis Armstrong, 19; Jason Wheeler, 20; Jordan Brown, 19; Senuel Hawk, 23; Rashad Jackson, 17, who is being charged as an adult; and a juvenile whose name was not released, were charged with robbery by force, burglary, possession of firearms during the commission of a crime, and other charges, according to the Forsyth County Sheriff’s Office. 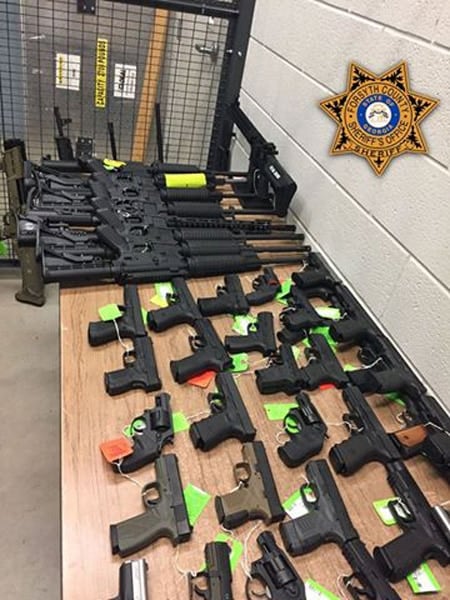 The suspects are accused of stealing more than 30 firearms from a pawn shop early Saturday morning during a smash and grab. However, a pawn shop employee fired a single round at the suspects, who immediately fled from the scene in a pickup truck.

No one was injured during the robbery and subsequent shooting.

Soon thereafter, officers encountered a truck matching the description and a chase ensued after a traffic stop was initiated. During the chase, the truck became disabled and all seven suspects fled in varying directions, according to the Forsyth County News.

Four suspects were located and arrested almost immediately, while two other suspects were caught later that afternoon. The seventh suspect remains at large and authorities say the suspects in custody are not helping to locate or identify him. Altavious Jackson was named over the weekend as playing a part in the heist but has seen been cleared of any involvement.

During the investigation, police recovered the guns stolen from the pawn shop, as well as more than a dozen firearms stolen during a separate robbery at a local gun club on Dec. 1. The remaining guns recovered are also believed to be stolen from other businesses. 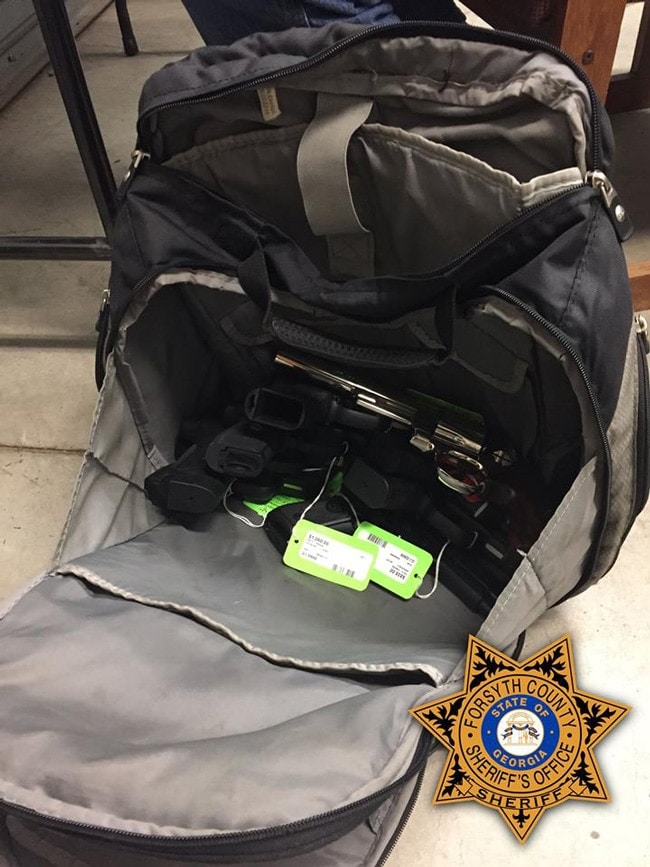 “The combination of stolen firearms from Bulls Eye Marksman and Forsyth County Pawn along with similar methods used during both incidents allowed detectives to link the same suspects to both cases,” said Cpl. Pete Sabella, a spokesman for the Forsyth County Sheriff’s Office.

Forsyth County Sheriff Ron Freeman said there is no doubt lives were saved by getting those guns off of the streets and out of the hands of criminals.

The five adult suspects are being held at the Forsyth County Jail without bond and the juvenile, who is also being held without bond, was taken to the Regional Youth Detention Center in Gainesville.

The Bureau of Alcohol, Tobacco, Firearms, and Explosives is assisting with the investigation, which is ongoing.