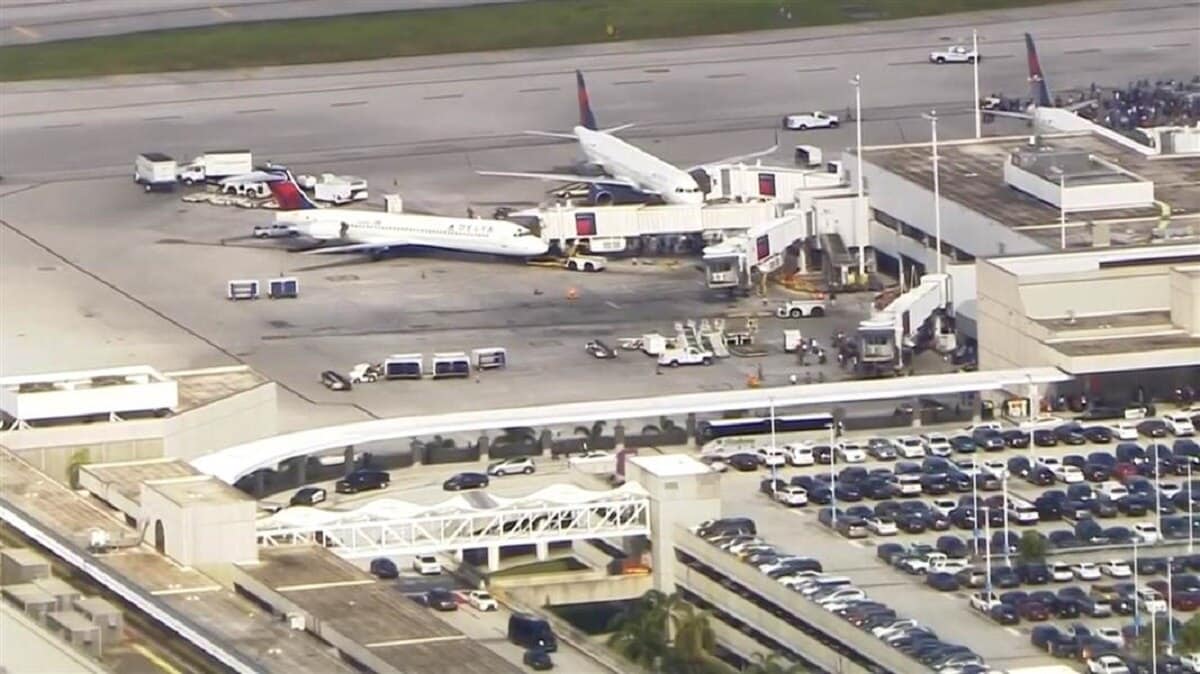 At least five people were killed and another eight injured Friday after a shooter opened fire at the Fort Lauderdale-Hollywood International Airport in southern Florida.

The gunman appeared to randomly shoot into a crowd with what reports are describing as a black handgun. The shooter, suspected by multiple law enforcement sources to be Esteban Santiago, 26, continued to shoot into the crowd until he ran out of ammunition.

Eyewitness John Schicher had just reached the Terminal 2 baggage claim when the gunman started firing feet from where he stood with his wife and mother-in-law.  There were “elderly people who were shot and killed,” Schicher told reporters. “There were two people to my left and two people to my right that were shot.”

According to Schicher, the gunman was able to reload his gun before police came and stopped the attack. After shots were fired, Schicher called 911 as his wife and mother-in-law tended to victims next to them, administering first aid to a man with a head wound and using a sweater to try and stop the bleeding of another victim.

In the chaotic moments after the shooting, cameras caught passengers, as well as fire fighters and other emergency personnel, standing out on the tarmac. Passengers were visibly shaken by the events, as confusion continued well after the gunman was captured.

Ari Flescher, former White House press secretary, was among the travelers at the time of the shooting and tweeted “Everyone is running” shortly after shots rang out at the airport. He then tweeted “all seems calm now” after the suspect was captured.

The Broward County Sheriff’s office tweeted one subject has been taken into custody. According to an earlier tweet, the sheriff’s office received a call regarding the shooting at approximately 12:55 p.m Friday.