Military gears up for Trump Inauguration Troops in and around the Capital region have been preparing for the coming inauguration for months. (Photos: JTF-NCR)

Over 6,000 service members representing all five military branches as well as the National Guard and service academies will be on hand for the Inauguration of Donald J. Trump.

The 58th Presidential Inauguration Joint Task Force National Capital Region (JTF-NCR) has stood up and has been practicing for the swearing-in event, scheduled for Jan. 20. The task force is under the command of U.S. Army Maj. Gen. Bradley Becker.

As outlined in the below infographic, each of the five military branches– the U.S. Army, U.S. Marine Corps, U.S. Navy, U.S  Air Force, and U.S. Coast Guard– will have a 180-strong marching company in the parade as well as a 355-member (103 for the Coast Guard) cordon stretched along the parade route.

Each of the four federal service academies will have 90 cadets marching as will the Army and Air National Guards.

Finally, there will be six military premier bands encompassing 550 members and a 2,340-strong combined honor guard primarily drawn from the Army’s 3rd Infantry Regiment– the famous “Old Guard” who are tasked with ceremonial military duties in the Washington Military District such as mounting the guard at the Tomb of the Unknowns. 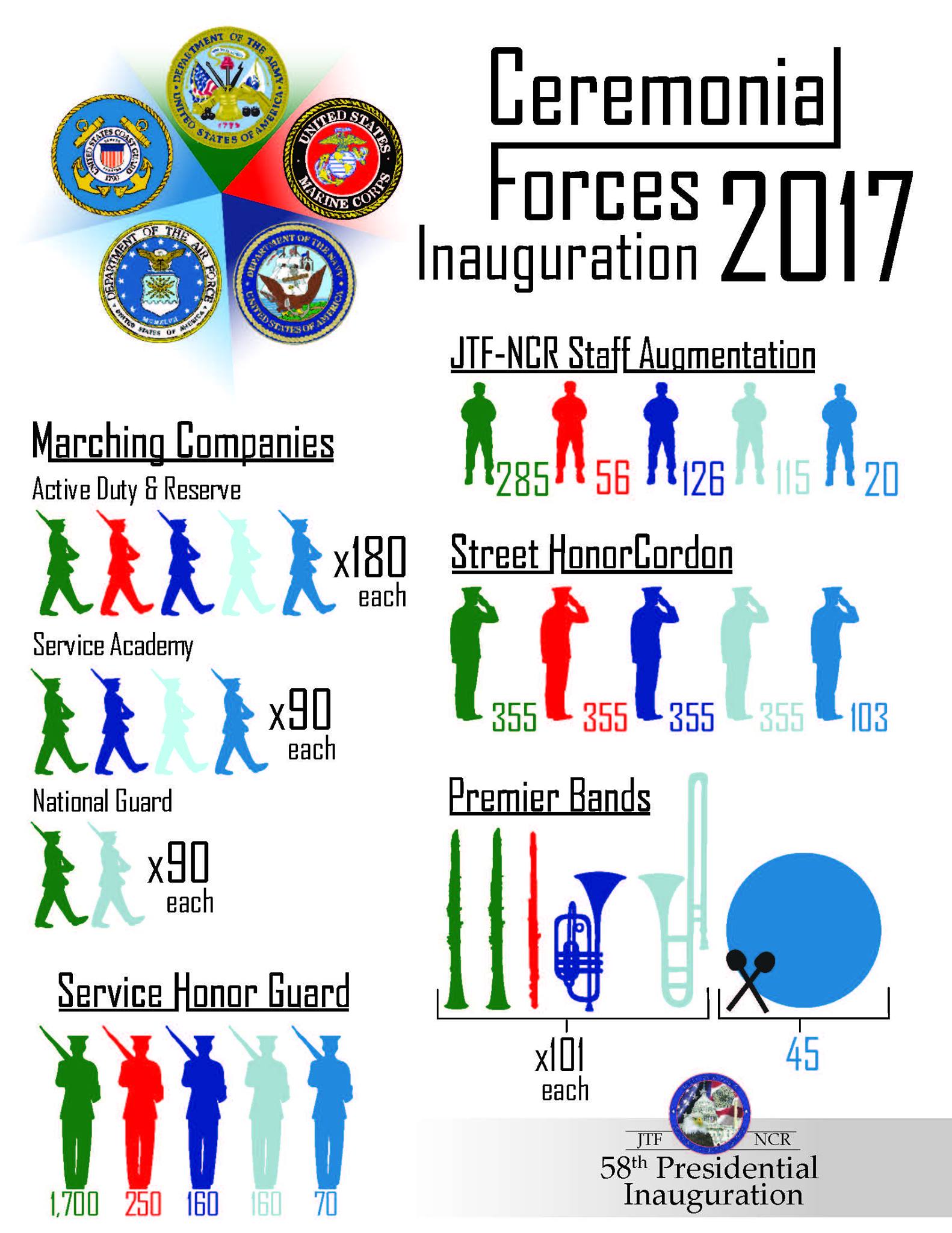 According to the Presidential Inaugural Committee, the official parade will have more than 8,000 participants representing 40 organizations including high school and university marching bands, equestrian corps, first responders, and veterans groups.

In addition to the ceremonial details, if things get squirrely, JTF-NCR also has “quick reaction forces, Chemical, Biological, Radiological and Nuclear Enterprise response forces, communications platforms and medical assets to enable rapid response to any threat actions or crisis.”

In addition, some 5,000 National Guard and 3,000 police from other juridisctions are being staged in the area.

Those are rookie numbers.