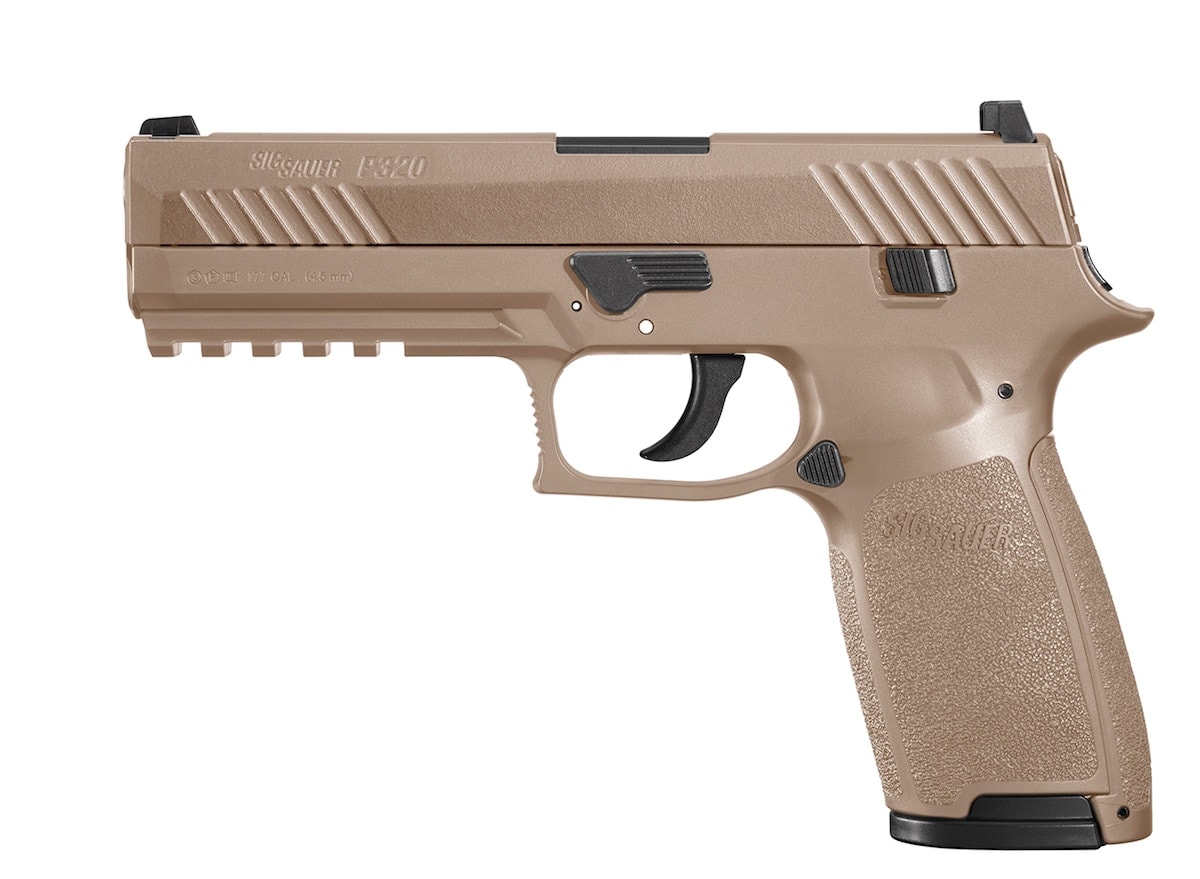 The .177 caliber, semi-automatic P320 ASP is C02 powered and propels both BBs or pellets. The pistol is double action only and features a front blade sight with fixed rear sight and a real, working accessory rail for lasers or lights.

Designed to mimic the look and feel of the real Sig P320 centerfire pistol, the air gun version’s metal slide sits on a polymer frame giving it a similar weight to the actual gun. Trigger pull is nearly identical and the pistol utilizes a realistic blowback action giving shooters a lifelike edge while training.

“The industry has truly embraced our ASP air rifles and air pistols as excellent training tools when the cost of ammunition, lack of range time or other factors prevent people from training with their centerfire guns as much as they would like or feel they should,” Joseph Huston, vice president and general manager of the Sig Sauer Airgun Division, said in a press release Wednesday. “The Sig Sauer P320 has been extremely well received by law enforcement, recreational shooters and competitive shooters alike, and customers have been asking for a pellet version of this pistol since we introduced our very first airguns.”

The P320 ASP is the first pistol of its kind to feature a 30-round belt magazine. The CO2 canister, inserted and removed through the side of the grip, propels projectiles up to 450 feet per second depending on ammunition.

The new ASP comes in either black or coyote tan and retails for $119.99.