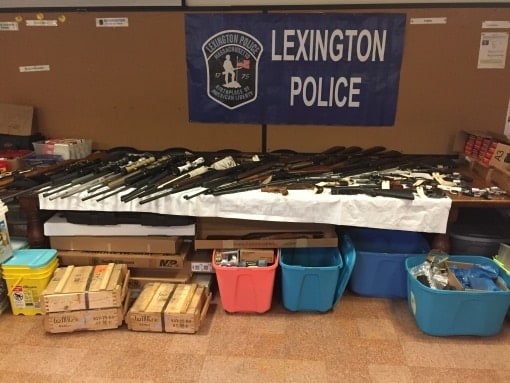 Thousands of rounds of ammo and dozens of guns were discovered in the home of a Massachusetts man previously arrested and charged with committing a hate crime, according to the Middlesex District Attorney.

The joint search conducted at the home of Robert Ivarson on Jan. 5 by the Massachusetts State Police and the Lexington Police Department yielded 83 firearms, nearly 10,000 rounds of ammunition, 50 rounds of black powder, large-capacity feeding devices and a helmet with a Nazi swastika on it. 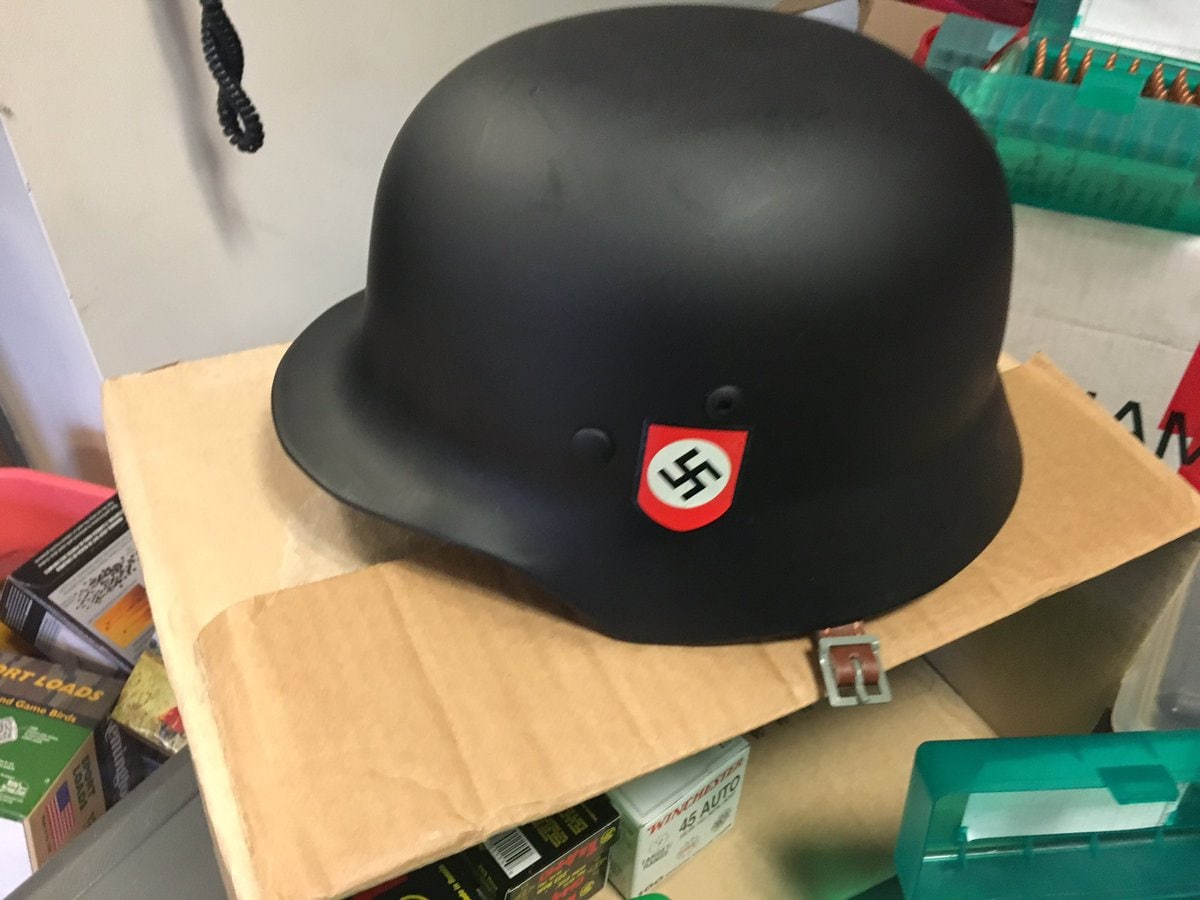 Ivarson was initially arrested in late December and charged with three counts of civil rights violations and one count of criminal harassment for racially motivated incidents against a Lexington family of color.

Lexington Police determined that over the course of a year, Ivarson threw approximately 30 to 40 banana peels into the family’s driveway. Police began surveilling the family’s residence and caught Ivarson dumping banana peels on several occasions.

The Boston Globe reported Ivarson told police that he had no malicious intent towards the family, claiming he takes daily walks through the neighborhood and tosses banana peels at random points along his route. He also told investigators that he is “friendly with a black person who lives nearby.”

A search warrant issued after his arrest allowed police to enter the home Ivarson shares with his parents where they discovered evidence of firearms.

“When they went into the house, appropriately and wisely, they saw something that indicated there were firearms in the house,” District Attorney Marian Ryan told local reporters. “They suspended the search, left, and returned, worked with my office, and obtained a second search warrant to allow them to look inside containers and other things. That resulted in the recovery of these firearms.”

According to Ryan, charges may continue to roll in as the investigation progresses.

“We do expect as the investigation continues and the material is inventoried and we continue to follow a number of different avenues there will continue to be a number of additional charges,” Ryan said. “He had no license, he had no lawful authority to possess these firearms.”

Massachusetts requires that gun owners possess a firearms identification card in order to own, purchase or carry a firearm and ammunition. The state also limits magazine capacity to 10 rounds in addition to restricting certain firearms that qualify as “assault weapons.”

A not guilty plea was entered on Ivarson’s behalf and he’s currently being held on $10,000 cash bail. He’s expected to face arraignment on Jan. 9.