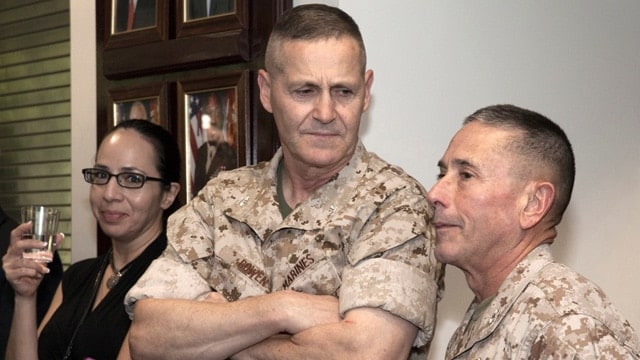 United States Marine Corps Col. Edmund J. Bowen served his country for over 43 years and was recently honored in Washington, D.C. during a ceremonial tribute, Stars and Stripes reported.

Bowen, who was born and raised on Staten Island and the second oldest of nine children, enlisted in 1972 after working as a paper carrier and went to Parris Island, South Carolina, for training. Bowen had previously trained as a boxer when he first joined the Marines, a sport which he continued during the early years of his military career.

Bowen’s sister, Sharen Bowen Grube, said her brother was a highly respected member of the Staten Island community. He would often mentor to young residents who expressed interest in a military career and recruited a number of Staten Island residents into the military.

Bowen and his wife, Deb, have four adult children, all of whom he said have always supported his career.

“We are a very close family,” said Grube.