Elvis-owned gun sells at Memphis auction during his birthday weekend 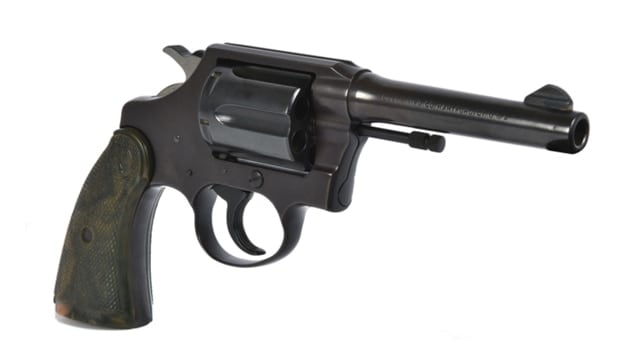 It was the King of rock ‘n’ roll’s birthday over the weekend; and while Elvis has left the building, so to speak, a gun he gifted to a bodyguard in the 1970’s fetched more than $10,000 at auction Saturday.

Richard Grob was Elvis Presley’s bodyguard from 1967 until the King’s death in 1977. He was also a sort of firearms adviser to “The Pelvis.” Grob wrote in a notarized affidavit that he was with Elvis when he traded a ring for a Colt Police Positive .32 caliber pistol at Tiny’s Gun Store in Palm Springs, California in the 1970’s. 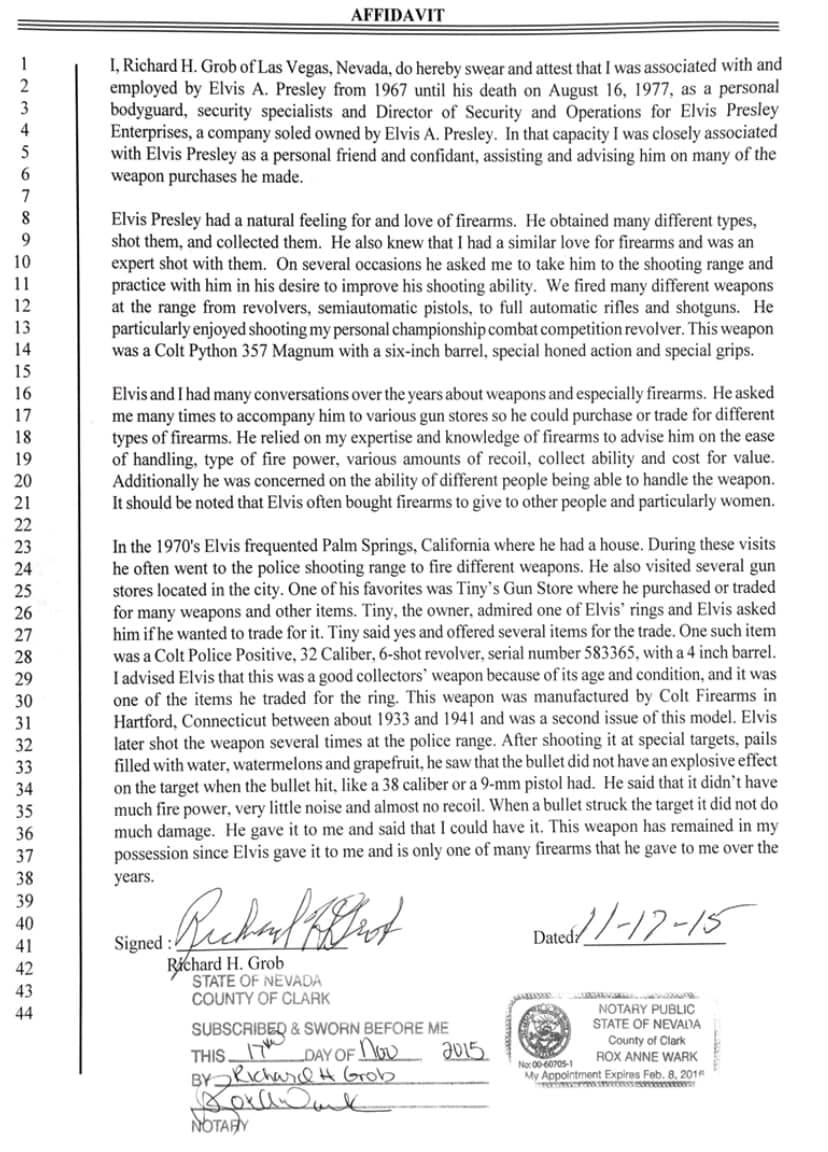 “I advised Elvis that this was a good collectors’ weapon because of its age and condition, and it was one of the items he traded for the ring,” wrote Grob.

The six shot revolver, which has a four-inch barrel, had 15 people bid on it Saturday at The Guest House at Graceland, a hotel on Elvis Presley Boulevard in Memphis, Tennessee. Experts at Graceland Auctions estimated the gun would earn between $4,000 and $6,000. The final bid was $10,625.

“The pistol contains a small break at the bottom edge of the handle, otherwise in excellent condition overall,” reads the auction house’s summary of the gun. 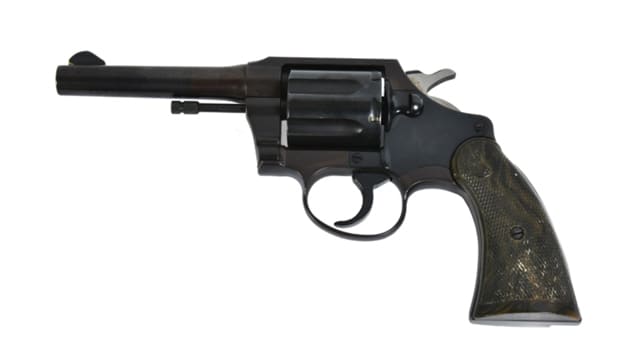 More than 160 pieces of Elvis memorabilia, including clothes, jewelry and credit cards, were sold during the two-plus hour auction, according to The Commercial Appeal. Total sales for the event topped $330,000.

Grob said he and the King often bonded over guns, and that he helped Presley improve his shooting ability.

“We fired many different weapons at the range from revolvers, semiautomatic pistols, to full automatic rifles and shotguns,” wrote Grob. “He particularly enjoyed shooting my personal championship combat competition revolver. This weapon was a Colt Python 357 Magnum with a six-inch barrel, special honed action and special grips.”

“After shooting it at special targets…pails filled with water, watermelons and grapefruit, he saw that the bullet did not have an explosive effect on the target when the bullet hit, like a .38 caliber or a 9-mm pistol had,” wrote Grob. “He said that it didn’t have much fire power, very little noise and almost no recoil.”

“He gave it to me and said that I could have it,” he said, adding the King gave him several firearms over the years.

It’s well documented that Elvis loved guns. When the King met President Nixon on Dec. 21, 1970, he brought a Colt .45 pistol in a display case for the commander-in-chief — something the Secret Service quickly confiscated. Presley asked Nixon for a badge from the Bureau of Narcotics and Dangerous Drugs, now the DEA, and Nixon obliged.

A 2011 Truth About Guns article details all the ways Elvis was irresponsible with firearms, including a famous incident where he shot a television. The article claims that a few weeks before meeting Nixon, Presley filled out a Form 4473 to buy an Astra handgun in Palm Springs, allegedly ticking “No” for the modern equivalent of question 11e, which asks if the applicant is addicted to stimulants or narcotics.