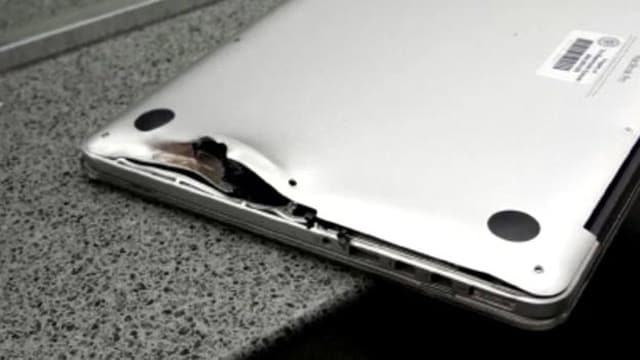 One man who was at the Fort Lauderdale airport when a gunman opened fire Friday afternoon is lucky to be alive after one of the bullets coming straight for him was stopped by a laptop in his backpack.

Steve Frappier told reporters he had just arrived from Atlanta when he heard someone yell out that a guy had a gun. Frappier fell to the floor and watched as unsuspecting travelers were gunned down just feet from him.

While Frappier was on the floor, he said he felt a small pinch on his back, but at the time, didn’t think anything of it. It wasn’t until after the shooting had stopped and the chaos dissipated that Frappier realized the “pinch” was a bullet hitting his laptop. That bullet was left in his backpack and injured no one.

Frappier said it was the best “thank you gift” he ever received in his life.

The shooter was taken into custody by a Broward County sheriff’s deputy and is now facing federal charges.