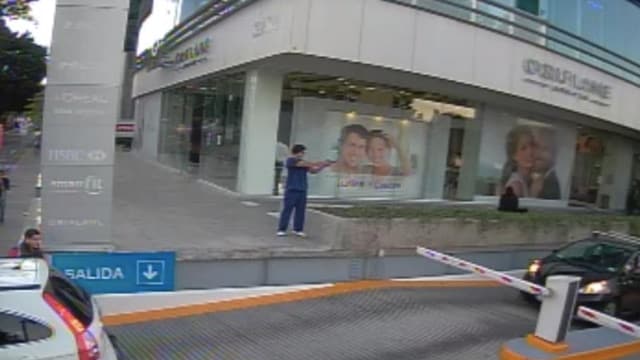 Zia Zafar was seen on surveillance video following the diplomat into the parking garage, firing a shot, then fleeing from the scene. (Photo: Department of Justice)

A 31-year-old California man accused of shooting a diplomat at the U.S. Consulate in Guadalajara, Mexico, over the weekend was arrested and deported back to the United States on Monday.

Zia Zafar, of Chino Hills, appeared in federal court Tuesday on one count of attempted murder of an internationally protected person, the Justice Department announced. A hearing scheduled for Jan. 13.

If convicted, Zafar could face up to 20 years in federal prison.

Officials said Zafar followed the Vice Consul of the U.S. Consulate in Guadalajara as he made his way through a parking garage to his vehicle. As the Vice Consul drove toward the exit of the parking garage, Zafar fired a single shot from a handgun, striking the diplomat in the chest. Zafar then fled from the area.

Surveillance video captured images of Zafar at the scene. In fact, he is clearly seen holding a handgun and firing at the diplomat, before running away.

The Vice Consul remains hospitalized as of Tuesday but is said to be in stable condition.

The shooting spurred the State Department to issue a travel warning urging American citizens to limit activities outside of their homes and places of employment. In addition, the Consulate shooting came the same day as a gunman, in an unrelated incident, opened fire in the baggage claim area of a crowded Fort Lauderdale airport, claiming the lives of five people and injuring six.