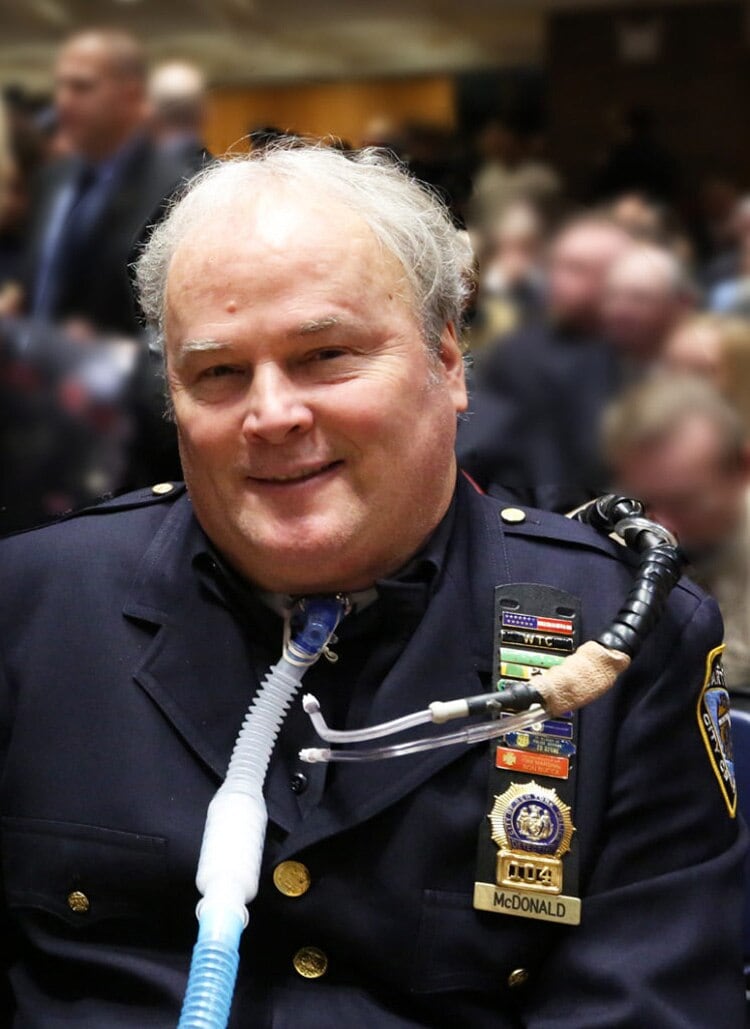 Steven McDonald defied the odds and lived more than 30 years after doctors said he would not survive. (Photo: NYPD)

An officer with the NYPD who was left paralyzed after being shot in the line of duty more than three decades ago died at a New York City hospital Tuesday following heart-related complications.

Hundreds of law enforcement officers and city officials lined up outside of the hospital to pay respects to Steven McDonald, who many described as the epitome of faith and forgiveness.

McDonald, who was 59 at the time of his passing and transported to the hospital after suffering a heart attack in his home Friday, left behind a wife and adult son, Conor, who was born just months after the life-changing incident that left his father wheelchair-bound.

McDonald, a third-generation police officer, had been with the force less than two years when he encountered three teens in Central Park on July 12, 1986. McDonald approached the teens, who he deemed suspicious, and soon thereafter Shavod Jones, who was 15 years old at the time, pulled out a .22-caliber handgun and shot McDonald three times.

McDonald was struck in the neck, face, and wrist and was said to have been instantly paralyzed.

Though McDonald’s prognosis was initially dire, he proved medical professionals wrong by not only surviving his injuries, but continuing to work with the police department and, although confined to a wheelchair, setting out to make a difference. And make a difference he did, according to those who knew him both personally and professionally.

McDonald often lent support to other injured officers and even traveled to Ireland, Bosnia, and the Middle East on what was described as missions of peace. While home, McDonald could be found visiting police stations, schools and churches.

McDonald demonstrated faith, forgiveness, and a sense of peace above all else. In fact, less than a year after the shooting, McDonald said of the young man who pulled the trigger, “I forgive him, and hope that he can find peace and purpose in his life.”

“If there’s a better guy in this world, I want to meet him,” said NYPD Housing Bureau Chief James Secreto of McDonald. “They don’t come like him.”

“No one could have predicted that Steven would touch so many people, in New York and around the world,” added Police Commissioner James O’Neill. “Like so many cops, Steven joined the NYPD to make a difference in people’s lives. And he accomplished that every day.”