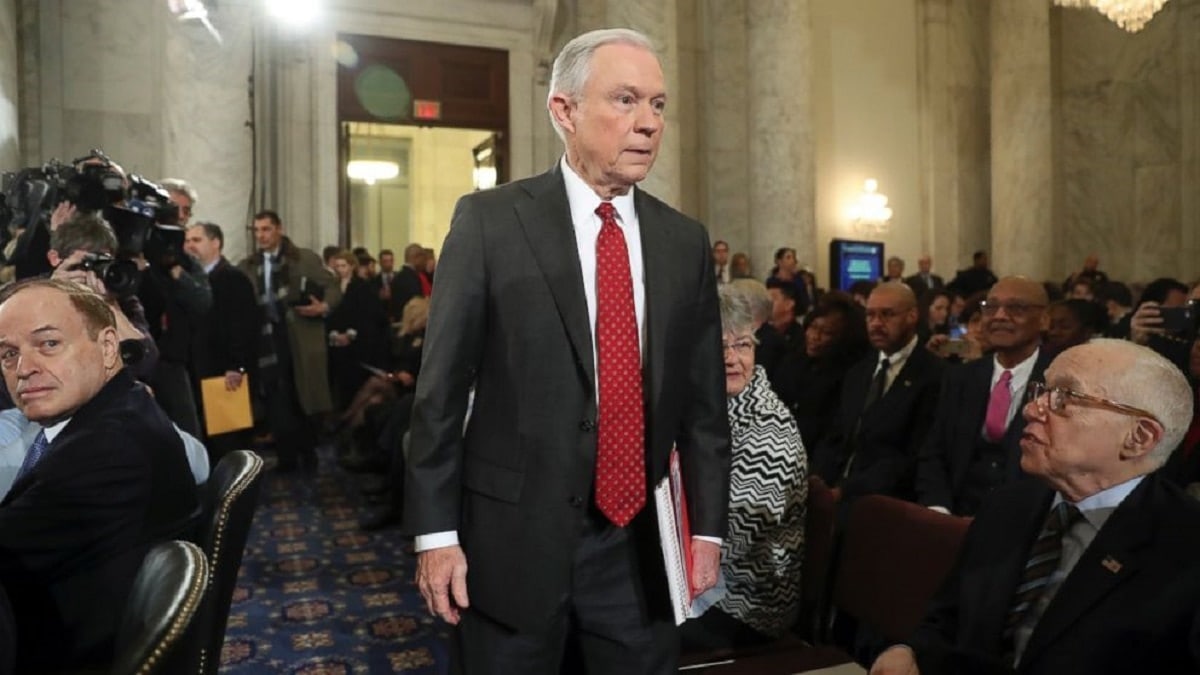 The topic of gun control inevitably came up at the confirmation hearing, when Democrat Sen. Richard Blumenthal questioned Sessions on universal background checks, which Blumenthal thinks are “necessary to know whether the purchaser is a felon or a drug addict or a domestic abuser.”

Sessions responded: “I believe in background check laws and many of them are appropriate, but in every instance? There are some instances when it’s not practical, like say for example somebody inherited a gun from their grandfather. Those transactions I’m not sure should require that kind of universal background check.”

Sessions has been given an A+ rating by the NRA and has long been a supporter of gun rights. According to On the Issues, Sessions voted for stricter penalties against gun criminals but against background checks at gun shows during his time as senator.