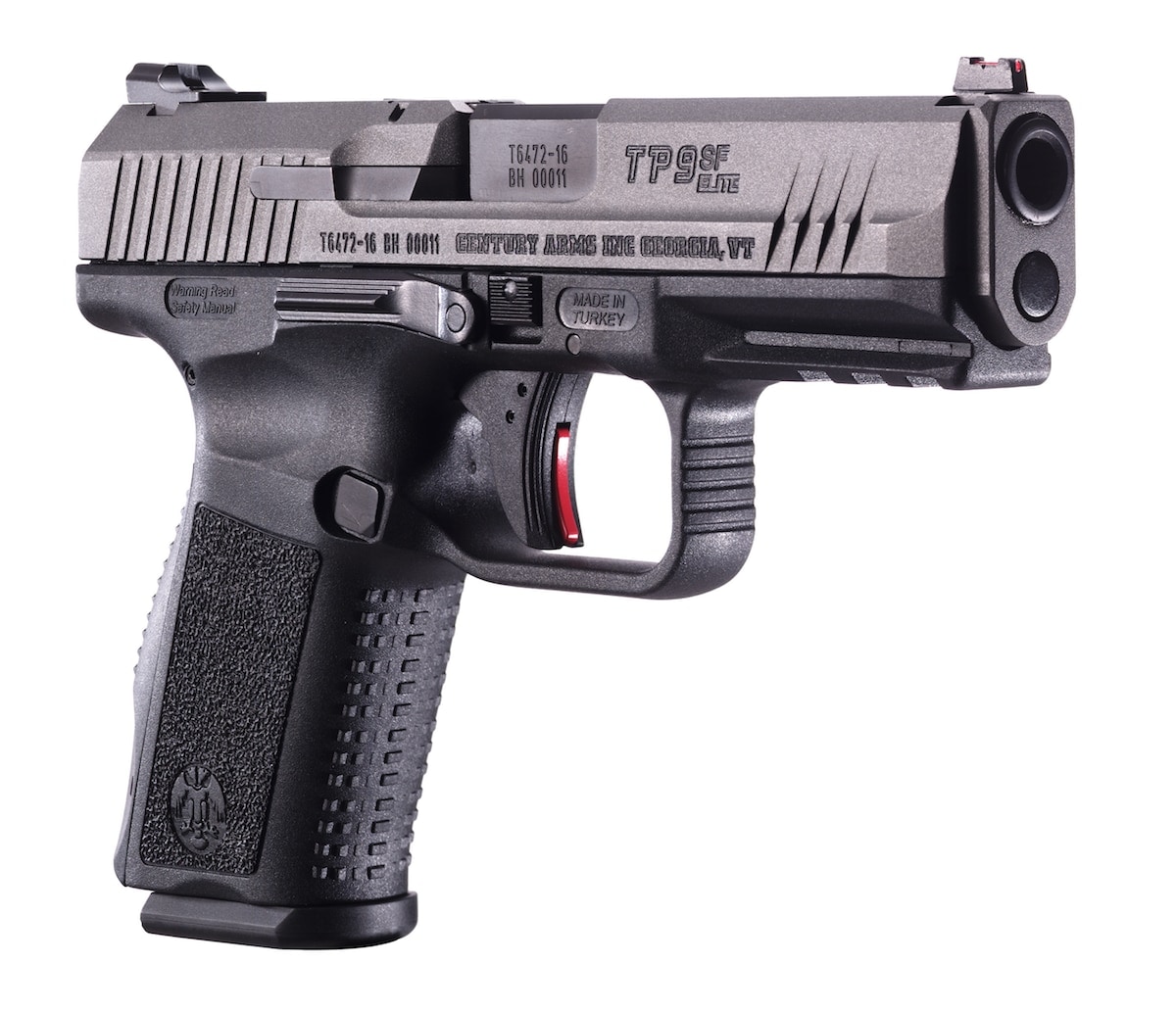 Canik USA splashes into the concealed carry market with the announcement of two new, compact pistols called the TP9SF Elite and Elite-S.

The new Elite and Elite-S are scaled down versions of the company’s TP9SF with some upgrades thrown in for good measure.

Chambered in 9mm with a 15+1 round capacity, the Elite series features an overall length of just over 7 inches with a 4.07 inch barrel. Weight wise, the Elites tip the scales at 1.68 pounds unloaded.

Both the Elite and Elite-S come with standard, dovetail sight cuts; however the cuts hold a set of Warren Tactical sights with a red, fiber optic front sight. The Elite series is also lefty friendly, offering southpaws an ambidextrous slide lock for easier firearm manipulation.

While both pistols utilize similar attributes, what sets the two apart is the trigger on the Elite-S. The Elite-S is equipped with a trigger stop for an extra layer of security when the trigger is not fully covered.

Century Arms, Canik’s distributor, said the pistols have survived a 60,000 round endurance test and are ready for holstering.

“These pistols are small enough to easily conceal, but large enough to be a highly effective fighting handgun,” said Jacob Herman, Century Arms director of business development, in a statement. “The Elite was developed in response to concealed carry, law enforcement, and private security needs.”

Inside the box, consumers can expect two magazines, a polymer holster, interchangeable backstops, cleaning rod and brush. The Elites series retails for $459.99.