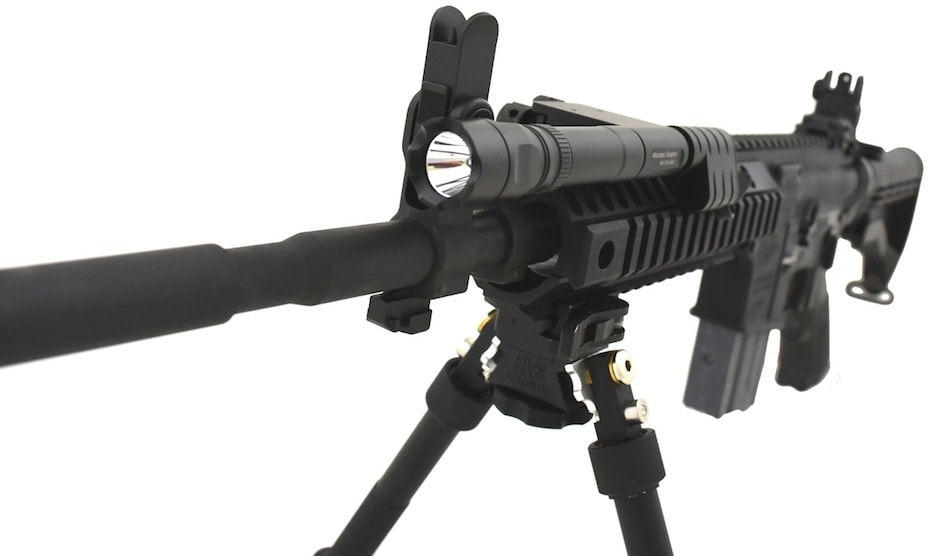 The weapon-mounted light is just one of several tactical lights offered by Colt. (Photo: Colt)

The new line-up includes eight total models that the company calls reliable, rugged and durable in the field. “These robustly designed lights can withstand the rigors of daily use while providing superior visibility when environmental light is low to extremely dark,” says Tan Woo, Colt’s lead design engineer.

“Now Colt enthusiasts have an answer for their illumination needs – be it for hunting, training, or law enforcement and security duty,” he says.

The handheld series takes a tactical approach with the ever popular all-black color scheme and ominous sounding names such as Judge and Peacemaker. All handheld models are water resistant and feature a scratch-proof lens. The Peacemaker outputs 1,200 lumens using four CR123 batteries, while the Judge lights the way with 800 lumens and just two CR123 batteries. Handheld flashlight fans can nab the Peacemaker for $219.50 and the Judge for $129.50.

Colt lights are available through the company’s dedicated light website.