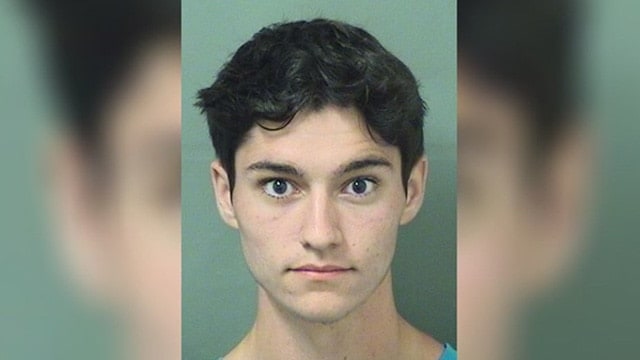 An 18-year-old suspected drug dealer who was stopped by police in Boca Raton, Florida, last week cited the hazards surrounding his chosen career field for the reason he was carrying a gun.

Cole Gamble was arrested on numerous charges, including possession of marijuana and drug paraphernalia, fraudulent identification and having a concealed weapon during the commission of a felony. Gamble, who does not appear to have a prior criminal history, was slapped with a $4,000 bond and house arrest.

Gamble, a Palm Beach State College student who attends classes at Florida Atlantic University, was stopped by FAU police but failed to hand over his driver’s license or vehicle registration. Noting the vehicle smelled of marijuana, the officer conducted a search of Gamble’s vehicle and discovered a plastic bag with marijuana residue, a scale, a broken bong that was wrapped in a towel, and a handgun. In addition, the officer found nearly $400 in cash, which Gamble said he made in the last three hours by selling marijuana.

Gamble was apparently somewhat open with the officer about his career in sales, noting that on a good day he could rack in up to $1,000 from selling pot to students. Gamble also explained that he carried the handgun because being a drug dealer “is dangerous” and recalled an incident last year in which he was robbed at gunpoint during a drug deal.