People Magazine jumps back on the gun control soap box 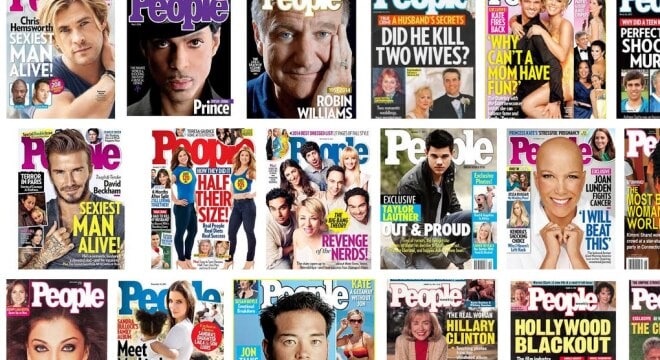 “Fort Lauderdale Airport Shooting: How You Can Contact Congress to Discuss Gun Violence,” is the title of People’s latest attempt to shape the national conversation on gun politics.

After garnering an award from the Brady Foundation, the gossip magazine is again urging readers to blitz lawmakers in Congress for tougher gun laws.

The magazine’s online edition on Wednesday cited the recent mass shooting at an airport in Florida in a preamble that transitioned to a call on their 3.5 million readers to “make their voices heard on how to prevent gun violence.”

“As the shots rang out at Terminal 2 in the Fort Lauderdale-Hollywood International Airport on Jan. 6, frantic travelers raced away from the gunfire, searching for safety,” noted the magazine at the top of a list with contact information for all 535 members of Congress. “By the time the bullets stopped, five people had been killed and six injured.”

People‘s Editorial Director Jess Cagle in 2015 made a similar call to action days after a 26-year old college student shot and killed nine at Umpqua Community College in Roseburg, Oregon.

This earned Cagle a “Bear Award” last November from the Brady Center alongside Katie Couric for their inspiring gun control efforts.

“Jess Cagle is extraordinarily deserving of this honor,” said Brady President Dan Gross, who presented Cagle with the Bear Award at the time. “We need to make this a defining issue in popular culture and show that there are voices coming from all corners of society. Nobody embodies that more than Jess Cagle and the work that People Magazine has done.”