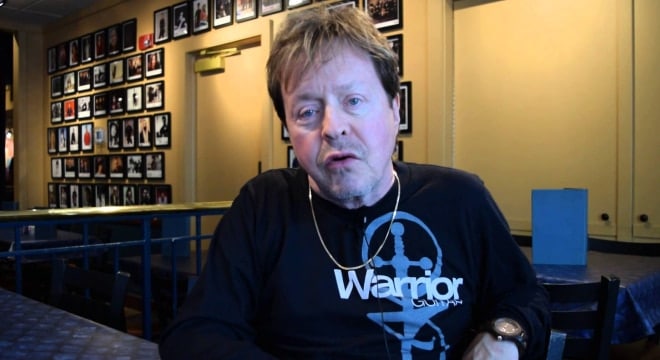 Derringer was stopped in Atlanta while changing planes Monday and found to have a Kel-Tec .380 in his bag. (Photo: YouTube)

The “Rock and Roll, Hoochie Koo” singer was stopped at a TSA checkpoint at Hartsfield-Jackson International Airport this week with a .380 in his carry-on bag.

As reported by WSB, the 69-year-old singer was traveling back from Cancun, Mexico to Florida with a connecting flight through Atlanta. The pistol was uncovered when he was going through a recheck and confiscated by TSA.

As noted by WXIA, Derringer was given a federal summons for possession of a firearm within a restricted area and allowed to continue on his flight.

Born Ricky Dean Zehringer, Derringer has been on the music scene since the mid-1960s, at first with The McCoys (“Hand on Sloopy”) and then with a solo career that led to his hit Hoochie Koo.

He later worked with Weird Al” Yankovic, Alice Cooper and others, even going on to record “Real American” for the World Wrestling Federation which became Hulk Hogan’s walkout song.

According to the TSA, Atlanta came in second place for the “Top 10 airports for gun catches in 2015” by finding 144 firearms. If you are curious, Dallas/Fort Worth came in first place with 153.