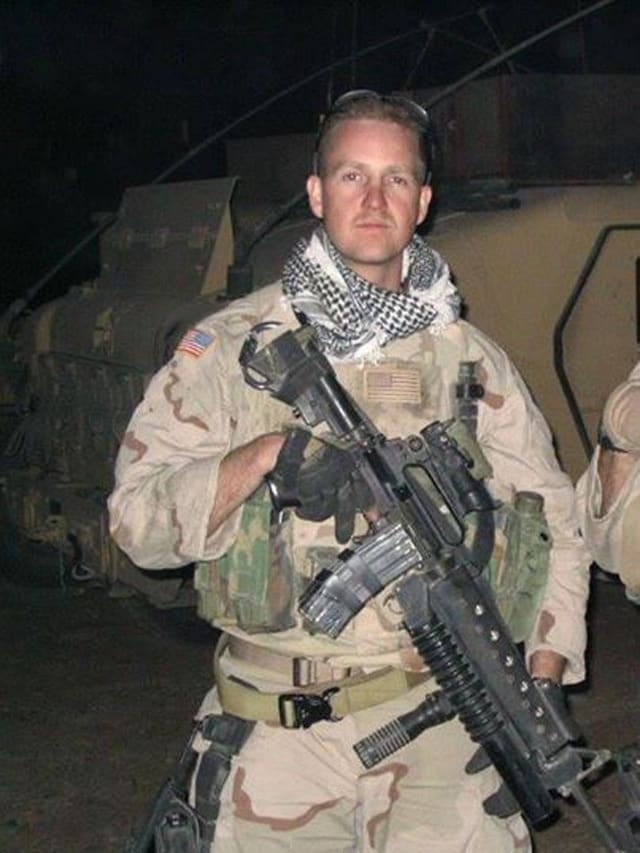 Former “Dirty Jobs” host Mike Rowe is known for his down-to-earth attitude and although he’s no doubt achieved celebrity status, he’s managed to still keep it real. And when he recently took the time to pen a letter to a dying veteran, the response from all parties was nothing short of honorable and emotional.

“Dear Mike: I sit here in tears, because of you. Our son Justin – a strong willed, a special forces military man who fought in countries where most of us will never go, loves to watch and read about you. ‘Totally an admirable man.’ That’s what he always says about you,” the veteran’s mother, Diane Dobson, wrote to Rowe.

Dobson went on to say that following what she described as an afternoon involving “a horrible experience” that left her son, Justin, who is dying from ALS, physically and emotionally wrecked, the mail came. In the mail that day was a letter to Justin from Mike Rowe.

“It brought tears to his eyes just knowing you took the time out to acknowledge him,” Dobson continued. “So, from two parents who are watching their son die a slow and horrible death, brought on by defending our freedom in other countries, we send you our deepest gratitude.”

I suspect words like “Merry” and “Happy” are difficult to hear at the moment, so I’ll forego the holiday greetings, and simply say “you’re welcome.”

I was very sad to learn of your son’s illness, and deeply humbled that a man like Justin finds me “admirable.” Please assure him the feeling is mutual.

The truth is, acknowledging Justin’s service is both an honor and a privilege. I know that my freedom and my liberty were bought and paid for by people like your son. I know his freedom is now being removed one day at a time. I know that his liberty is being slowly denied, by an enemy he cannot overcome.

I would like you to know, that your note reminded me of just how tenuous it all is. Our freedom. Our liberty. Our health. It’s all so fragile. And so damn easy to take for granted.

Sooner or later, our bodies will fail us. There are no exceptions. But what Justin did with his body while it was still in his control, has left me forever in his debt, and mindful of what matters most. Because ultimately, there is no greater threat to our freedom, than a lack of gratitude to those who provide it.

Your note is a reminder that acknowledging soldiers like Justin, requires me to count my many blessings, and vow to be a better version of myself. Actually Diane, it’s more than a reminder – it’s a gift. A gift from you and your son.

A gift for which we, the undersigned, are most grateful.