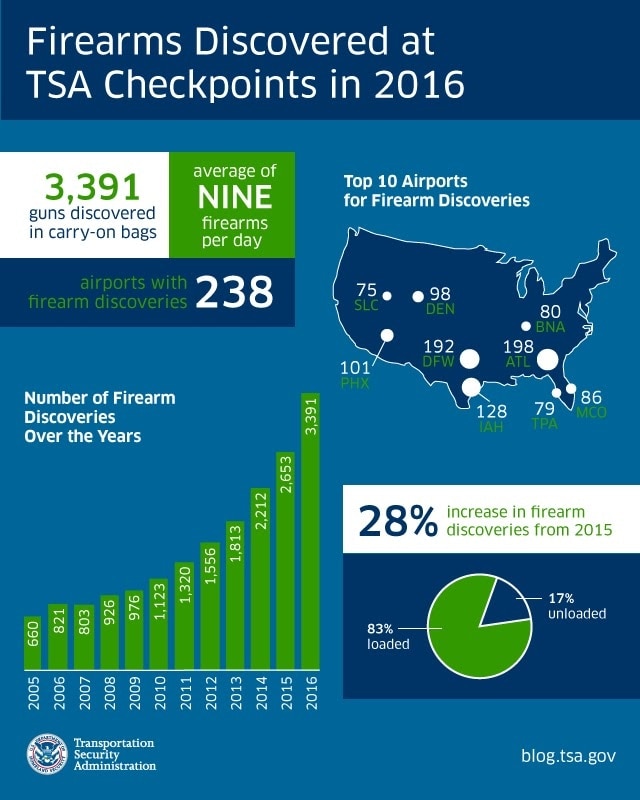 Out of the 738,318,264 passengers screened at airport checkpoints throughout the country, TSA officers discovered a record 3,391 guns in carry-on luggage. Approximately 83% of the guns were loaded.

Firearms were discovered at a total of 238 airports, two more airports than last year. The top 10 airports for gun discoveries are listed below, with Hartsfield-Jackson Atlanta International Airport topping the list for most guns discovered.

The 2016 results showed a 28 percent increase from the 2,612 discovered in 2015, which was also a record number for gun discoveries at the time.

According to TSA regulations, travelers can only transport firearms in checked baggage. The firearms must be unloaded and locked in a hard case.

The TSA firearm regulations have come under much scrutiny since gunman Esteban Santiago reportedly pulled a handgun from his checked luggage and opened fire in the baggage claim area of the Fort Lauderdale airport last week, killing five people and wounding eight others.