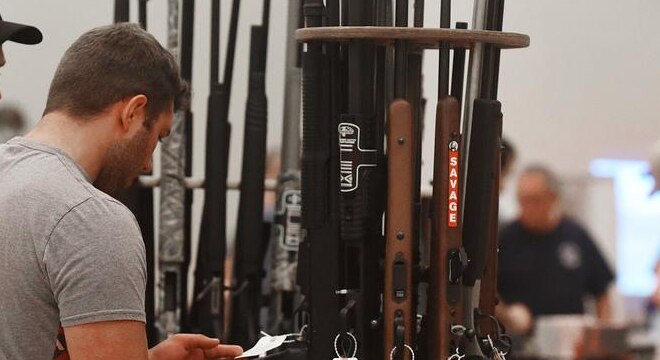 It took a 2,400-signature petition and the efforts of a state lawmaker to find an open date for the Saratoga Springs Arms Fair at City Center. (Photo: Daily Gazette)

A New York gun show will remain in a city-owned venue where it had been operating for more than three decades before local politicians and residents protested hosting the event on the property.

The Arms Fair is scheduled at the Saratoga Springs City Center this Memorial Day weekend thanks to an effort by local advocates and a Republican state senator to appeal to the center’s board, which said it was unable to reschedule the event for 2017.

New York Sen. Kathy Marchione spearheaded a grassroots movement to encourage the City Center Authority Board to find an available weekend for the show. She turned over a petition of more than 2,400 signatures over the summer after the board said there were no available dates.

“This is a wonderful victory for gun owners and for our Second Amendment,” Marchion said, claiming a win for gun rights. She added, “It’s crystal clear that our actions and advocacy spoke louder than words, had a real impact and helped keep the gun show right here in Saratoga.”

Before last year’s cancellation the Arms Fair had hosted some 103 shows at the City Center since 1984. Officials explained the venue had been overbooked, so it was unable to schedule the gun show, according to local reports.

However, Saratoga Springs Mayor Joanne Yepsen, one of the gun show’s detractors, said the latest booking might be the last. “To be clear, this reinstatement of one gun show is not about the protection of the Second Amendment,” she told The Daily Gazette. “This is more about disregarding the wishes of the residents of Saratoga Springs.”

She said nearly 1,500 people also signed a petition to bar the gun show from the venue and that they would rather see events more in line with the city’s “family-friendly character.”

The show has been the subject of protests by a local gun control group, Saratogians for Gun Safety, for years despite other prominent gun control advocates — former U.S. Rep. Gabby Giffords and New York Attorney General Erich Schneiderman — calling it an example of compliance of the strict New York gun laws.