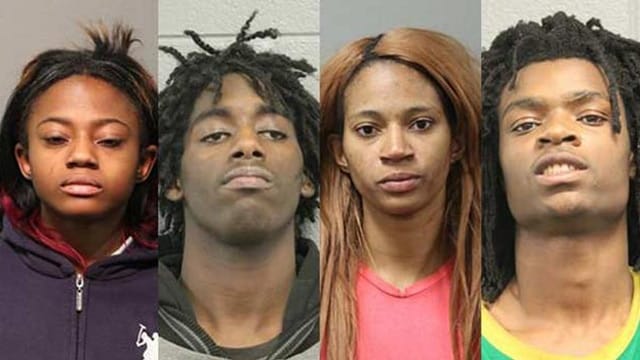 In just seven days, more than $170,000 in donations have been collected for the mentally challenged teen who was taunted and tortured last week by four people as they broadcasted the crime via Facebook Live.

The donations have far exceeded the original goal of just $10,000.

Though traumatized by the incident, the 18-year-old victim is recovering. His assailants – Jordan Hill, 18; Tesfaye Cooper, 18; Brittany Covington, 18; and Tanishia Covington, 24 – are all facing multiple charges, including kidnapping and hate crime charges.

During the half-hour video, the teen is seen gagged as his hands are bound. His clothes were cut to shreds and his forehead scalped with a pocket knife. At one point, he was forced to drink water from a toilet.

Authorities discovered the teen wandering down the sidewalk after they were called to the area about a disturbance and break-in. The suspects who held the teen captive apparently kicked in the door to a neighboring apartment after the resident complained about the noise coming from where the suspects were staying with the victim. While the suspects were away, the teen was able to break free and soon thereafter was spotted by police.