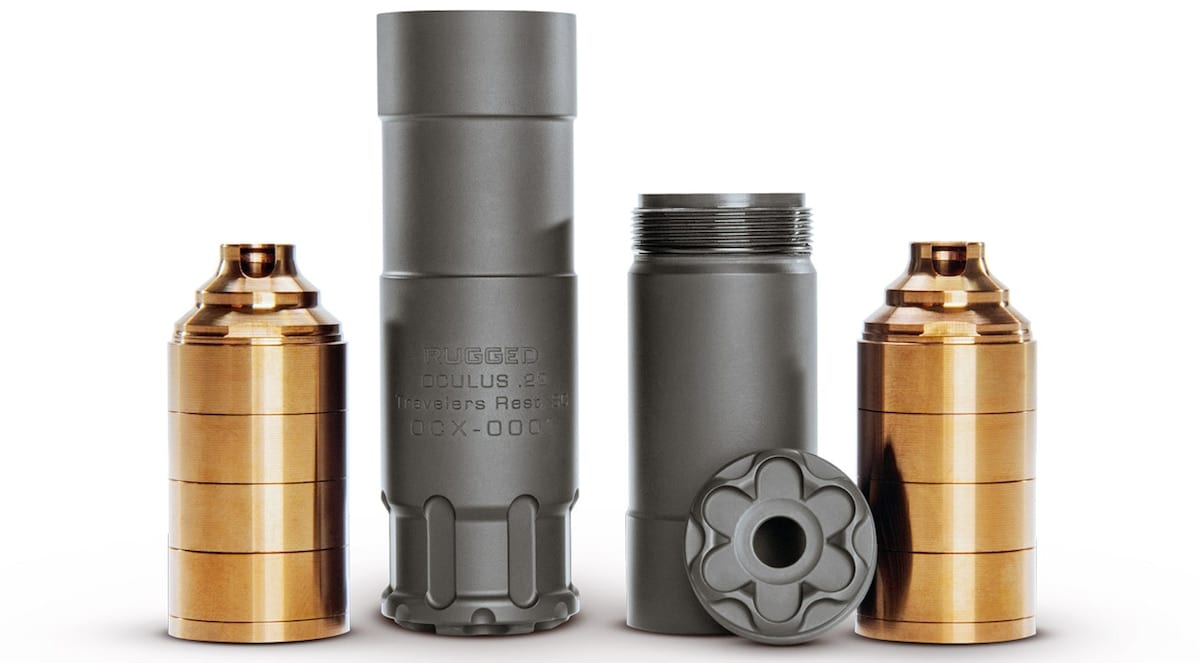 South Carolina based silencer maker Rugged Suppressors announced the addition of a new rimfire can called the Oculus 22, set to debut at SHOT Show in Las Vegas.

Rugged Suppressors says the can doesn’t sacrifice accuracy, featuring a design that allows indexing of the baffles with the suppressor body. This configuration result in repeatable return to zero.

According to the company, the Oculus lives up to the Rugged name, earning its belt fed rating.

“Like our centerfire suppressors, the Oculus is belt fed rated,” Michael Derdziak, CEO of Rugged, said in a statement. “This gives you the confidence to know that all of our suppressors will hold up to whatever you throw at them.”

Derdziak added that Oculus falls under an unconditional lifetime warranty which covers repair or replacement, free of charge, should there be an issue with the can.

The Oculus 22 retails for $499 will make its debut at SHOT Show in Las Vegas next week.