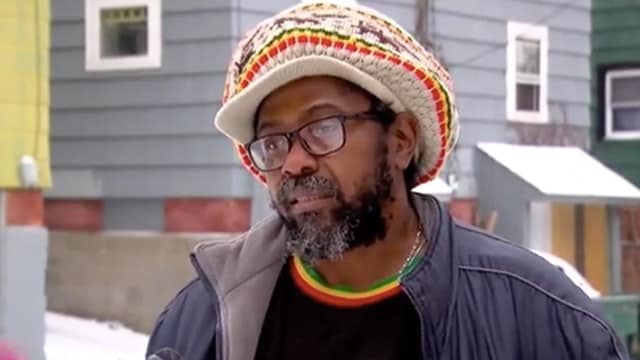 Collin Green purchased a gun and obtained a license to carry it legally several years ago after he was stabbed 13 times during an attack. (Photo: ABC 13)

A Rochester taxi cab driver pulled a gun on an unruly passenger after she first pulled an ice pick on him during a drive last week.

Katrina Green, 39, was charged with Menacing, Criminal Mischief, Criminal Possession of a Weapon, and theft of services, according to a statement by Gates Police Department.

The driver, Collin Green told reporters had she been close enough – and he not had a gun – he believed she would have killed him. The two, although they share the same last name, are not related.

The trouble started after Collin picked up Katrina on Jan 9. After driving her around to several different locations and her not paying any of the fares, Collin said it became apparent she didn’t have any money.

Collin stopped his vehicle and proceeded to call the police, but Katrina knocked the phone out of his hand, then pulled an ice pick out of her pocket. By this time, they were both out of the vehicle and Katrina shattered the back window when she struck it at least three different times with the ice pick.

Collin said Katrina kept coming toward him but he kept backing away. Then, as it became clear she wasn’t going to back down, he made the decision to pull out his handgun.

“I was like, ‘Look, don’t come any further. Don’t make me do this. I don’t want to have to hurt you,'” Collin recalled.

And his calm, collected demeanor worked. Katrina stopped and Collin got back into his vehicle and drove away to safety.

No shots were fired and no one was injured. The vehicle, however, did suffer extensive damage. In fact, due to the estimated damage, Katrina’s charges will likely be upgraded to a felony.

Lt. Jon Ballard of the Gates Police Department praised Collin for his actions in dealing with the situation.

“The guy did everything correct,” Ballard said. “He used his handgun to protect himself but didn’t go above and beyond what was necessary.”

Collin said he purchased the gun after he was attacked and stabbed 13 times while driving several years ago.