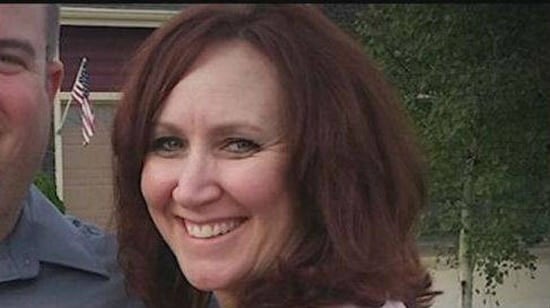 Marsha Hanna came to the aid of the injured deputies. (Photo: KHQ)

The attempted execution of an arrest warrant in Bonner County, Idaho, on Monday morning resulted in a shooting that left the suspect as well as two sheriff’s deputies injured.

According to The Spokesman Review, the shooting unfolded around 11:30 a.m. in Blanchard, about 50 miles northeast of Spokane. The identities of those involved have not been released.

Local resident Marsha Hanna said she was out walking her horses when she heard gunshots. “I just assumed it was someone doing target practice,” she said.

But as she walked a little further up the hill, she noticed a deputy running in her direction and as he got a little closer, she realized he was bleeding. Hanna said the officer instructed her to “get back” but she didn’t. Instead, Hanna explained to the officer in need that she was an ER nurse, then quickly went to providing medical attention as best she could, paying no mind to her own safety at the time.

“It was fleeting. I was more worried about getting them help. I just wanted to help them,” she said, adding she felt she was in the right place at the right time, but also downplayed her actions.

“Anybody would have helped,” she said. “I’m just glad I had the training to do it.”

Coeur d’Alene police Detective Jared Reneau said the two deputies were each shot three times. Both underwent surgery for their injuries, which are believed to be non life-threatening. Both are expected to recover.

Kootenai County Sheriff’s Office spokesman Detective Dennis Stinebaugh confirmed the suspect, who underwent surgery and remains in police custody, had been shot, but would not say whether it was at the hands of law enforcement or if his injuries were self-inflicted. The suspect’s current condition was not immediately known.

The last time a local law enforcement officer was shot in the line of duty was on May 5, 2015, when Coeur d’Alene Sgt. Greg Moore was killed after stopping a suspicious male while on patrol.