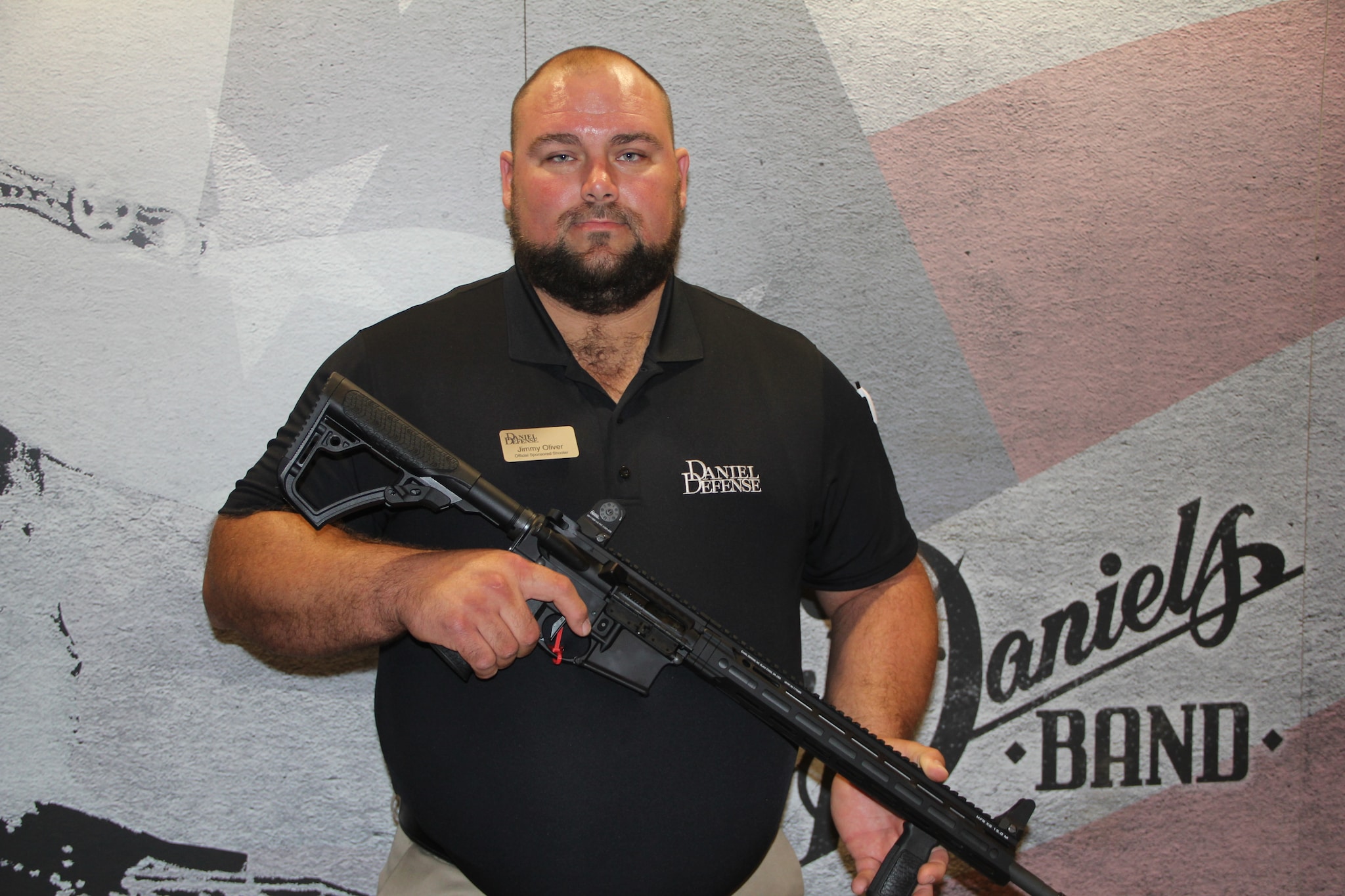 Jimmy Oliver, 37, with Daniel Defense, has been competing in 3-gun competitions for the past five years and typically finishes within the top 20 percent, he said. Originally from Savanna, Georgia, Oliver likes the problem solving and thinking on the fly required in 3-gun. 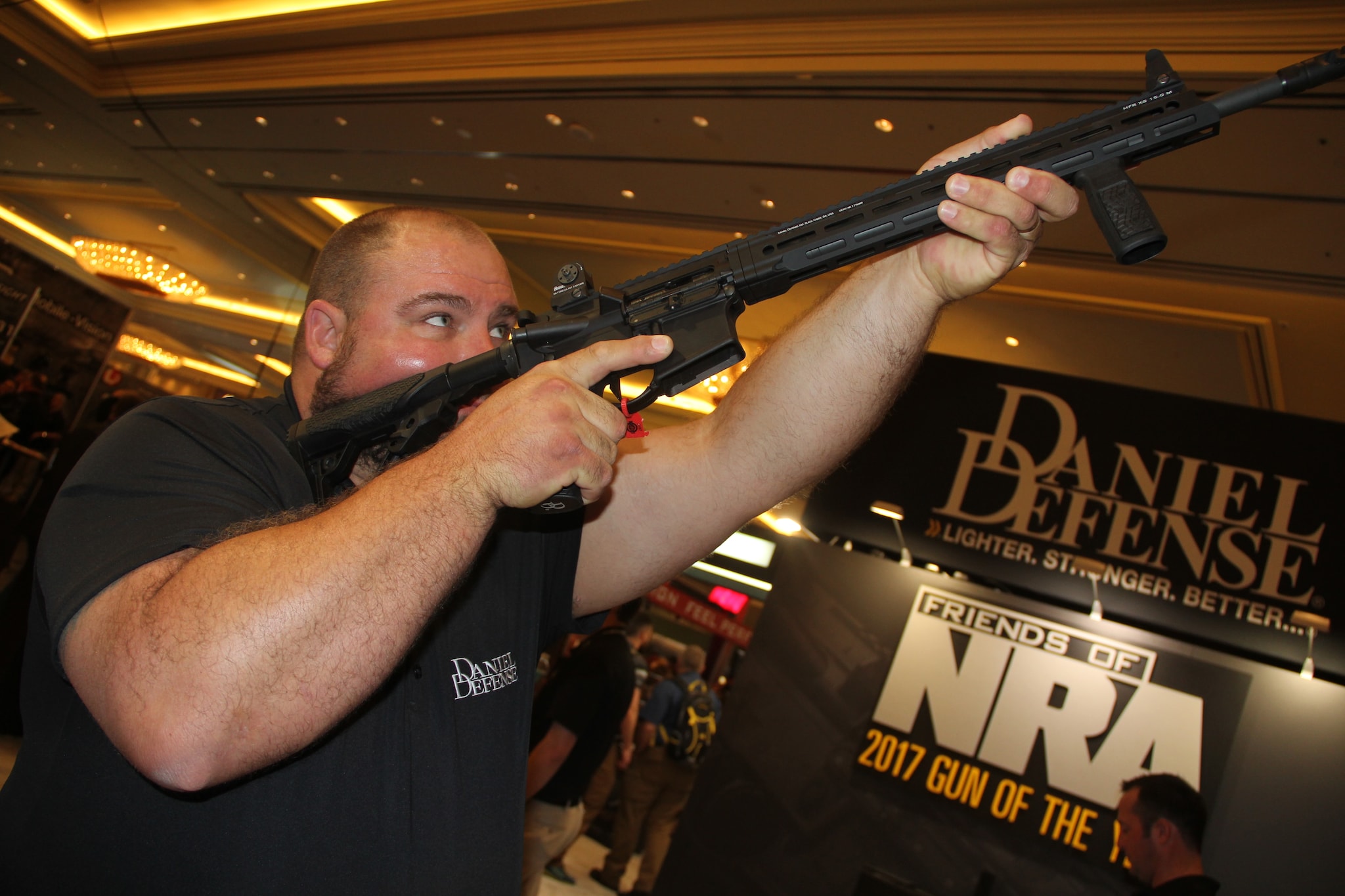 On Tuesday, Jimmy Oliver showed Guns.com the Daniel Defense V7 Pro, an 18-inch barrel rifle with 15-inch MLOK hand guards, a Geisselle SD 3G trigger system. Everything on the $1,800-rifle was made in house, except for the trigger (a $300 value) and the charging handle, Oliver said. 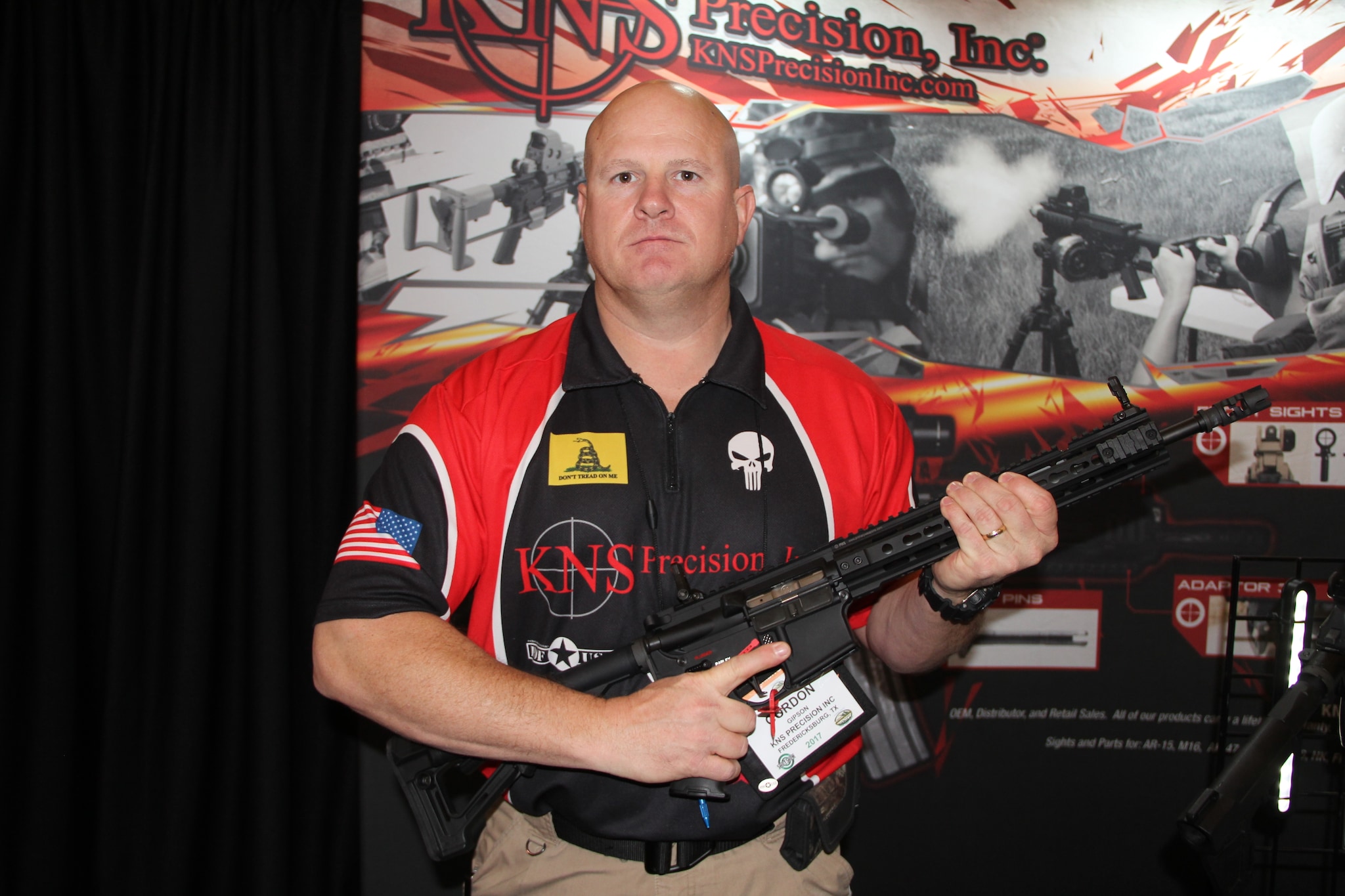 Gordon Gipson, originally from Mason, Texas, is vice president of KNS Precision, which made its claim to fame on its crosshair front sight. Gipson, who spent four years in the Marines and retired from the Army National Guard in 2009, has been competing in mostly run-and-guns for the past six years. 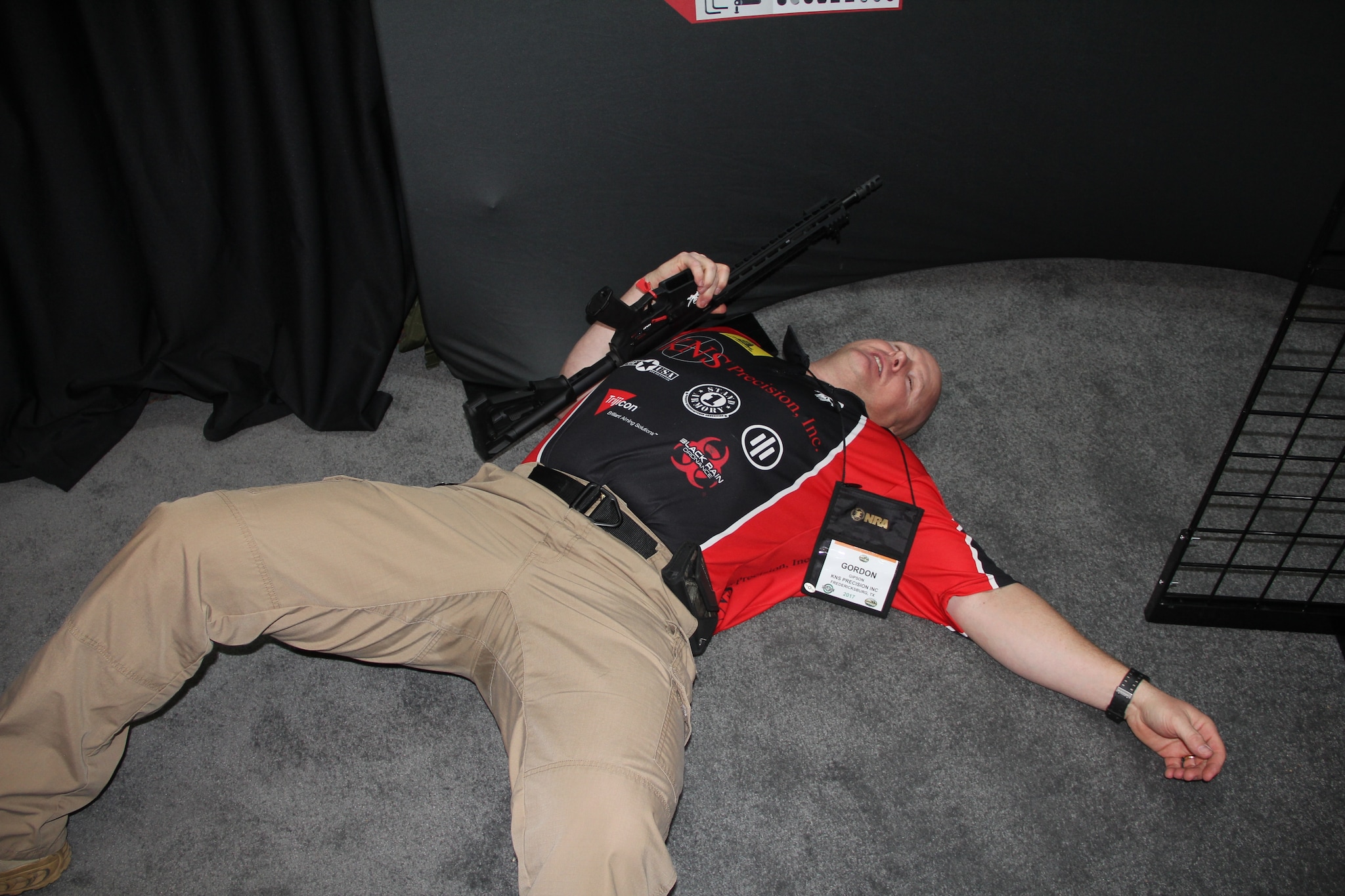 Forty-four-year-old Gordon Gipson joked that his most famous pose, pictured above, is of him spread out on the ground after 4-7 miles of running and 5-7 stages of shooting. 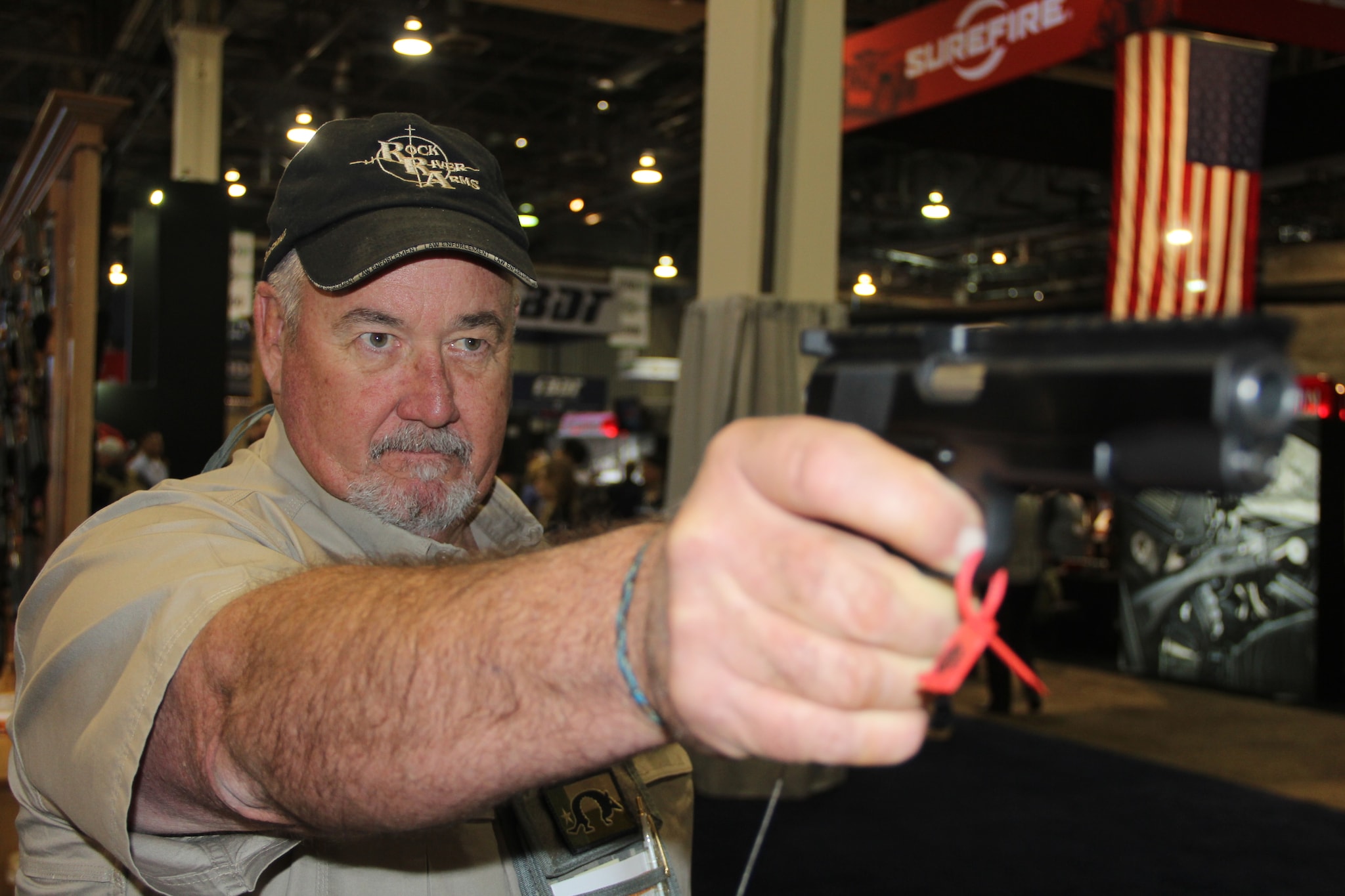 Rock River’s Philip Hemphill, 64, has been shooting since 1985. He won NRA pistol champ in 2011 and 2016 over mixed shooters from various backgrounds and won the police national 10 times. 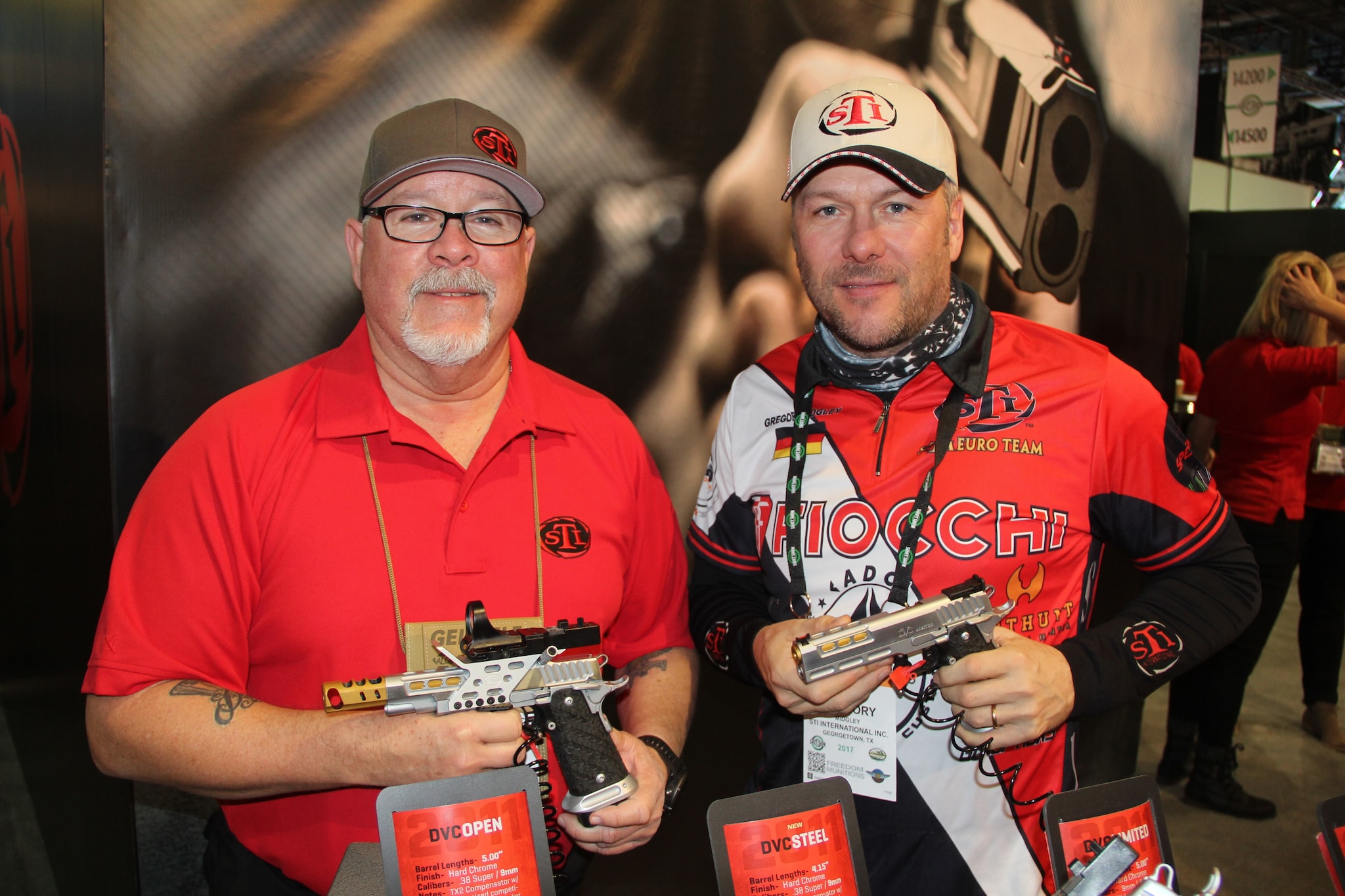 David Cupp (left) and Gregory Midgley of STI International have two full lifetimes of shooting experience between them. Cupp has been in the shooting sports for 33 years and competed from 1983-1992. He was USPSA champion in 1986 and placed top 16 in steel each year from 1985-1990. Midgley was born in Germany and has lived in Switzerland since 1999. He’s been shooting since he was 12 and started shooting big bores in 1997. Midgley is on STI’s seven-member Euro team in the classic division, where he’s won single and team. 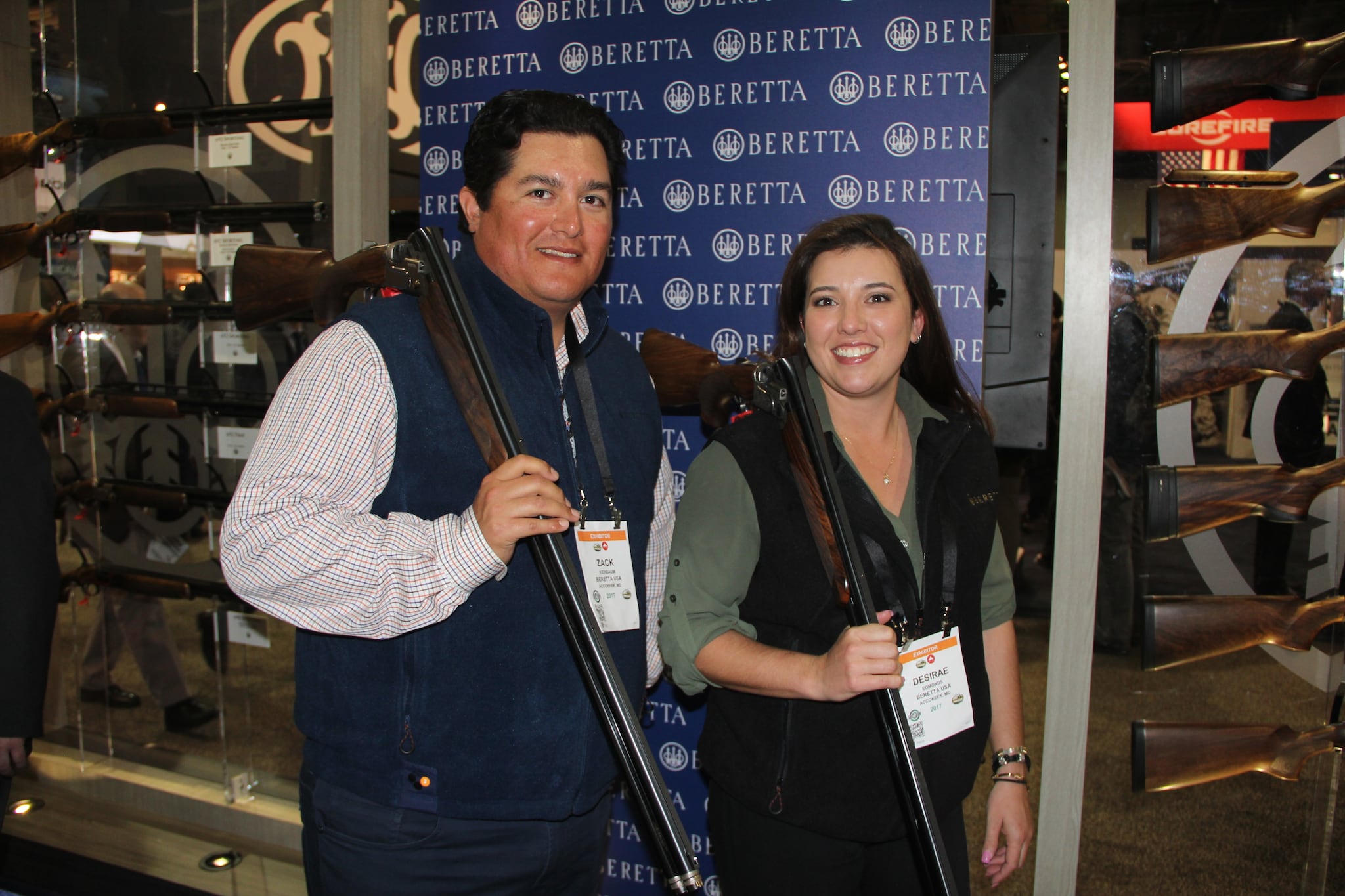