Man fatally shot by police while threatening mom with a screwdriver 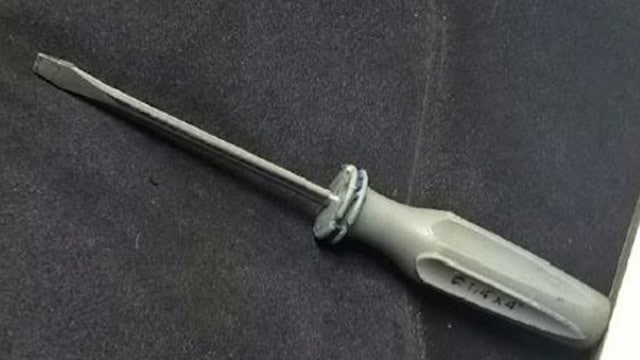 A 28-year-old man who was threatening his mother with a screwdriver is dead following an officer-involved shooting in Queens early Saturday morning.

Police arrived at the scene around 2:30 a.m. in response to a 911 call about a woman screaming, whom the officers could hear as they neared the residence, according to a statement from the New York City Police Department.

As some point, however, officers were able to free the woman, but Nicholson still clung to the screwdriver and, despite repeated warnings, refused to drop it.

NYPD Chief of Patrol Terence A. Monahan said a taser was deployed but failed to hit Nicholson. As he continued to ignore commands to drop the weapon, two officers each fired a single shot, each striking Nicholson.

Paramedics arrived soon thereafter and administered CPR to Nicholson on the scene. He was then transported to the hospital, where he was pronounced dead, Monahan confirmed.

Orlette Johnson, who moved to the area in September, said she does not know Nicholson or his mother, but said she awakened that morning around 2 a.m. to the sounds of a woman screaming. When she looked outside, she could see the two involved in what she described as a tussle.

“He was grabbing her and she was, like, resisting,” Johnson told The New York Times.

She said she was going to call 911, but soon thereafter, she observed the two walking down the driveway and she thought the confrontation had come to an end. But Johnson was awakened a second time, about an hour later, to the flashing lights of the police cars. By that point, the shooting had already occurred and Johnson witnessed the aftermath.

“There was a lady standing outside — she was on the phone,” Johnson said. “She was crying that she don’t know what they did to her baby.”

Tyler Williams, 25, who lives across the street, said he also awakened to the sound of the woman screaming.