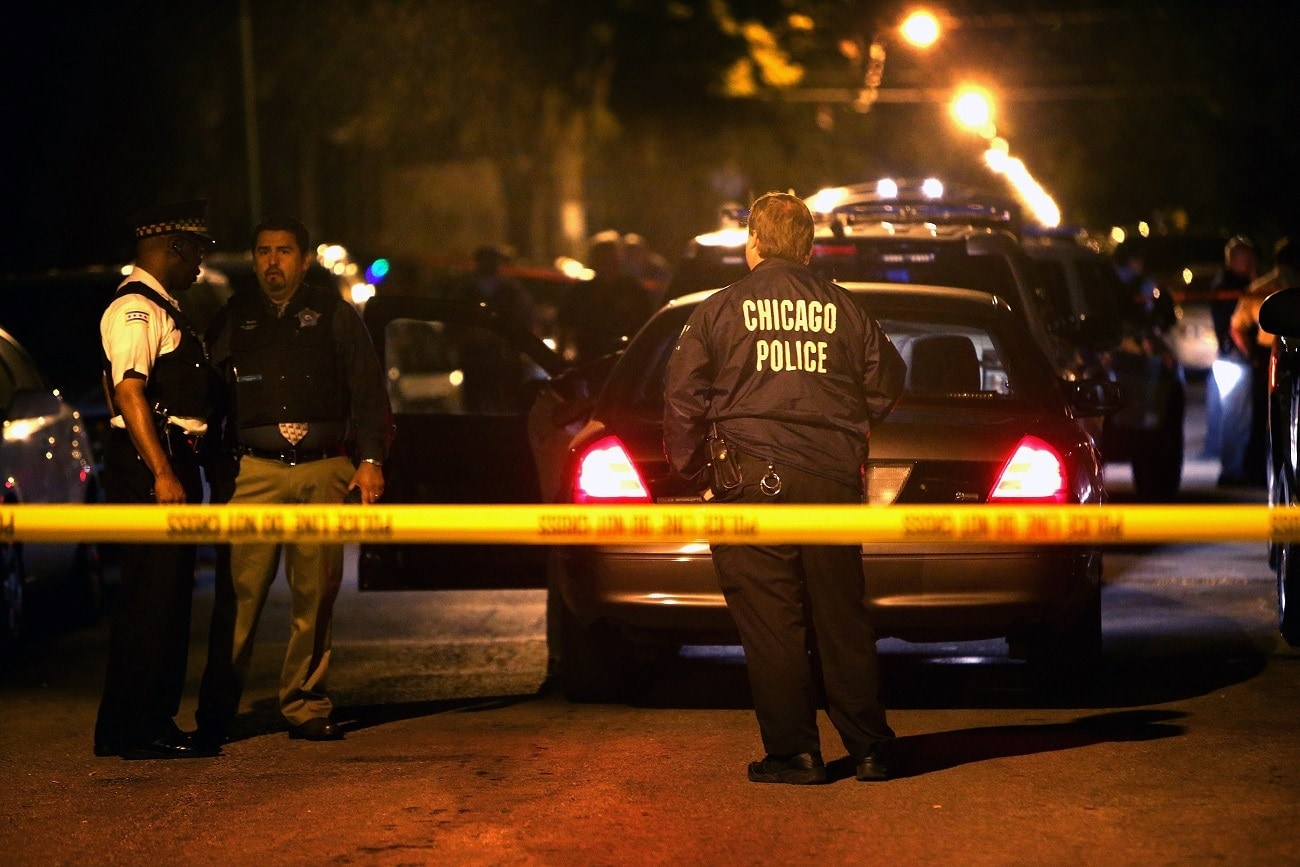 A total of 32 people were shot in Chicago over the MLK holiday weekend (Photo: Getty Images)

The gun violence did not let up in Chicago for the Martin Luther King Jr. holiday, as 32 more people were shot over the weekend.

According to ABC News, law enforcement has reported that 8 people were killed and another 24 injured between 4 p.m Friday and 1:30 a.m. Monday in Chicago.

The first gun fatality occurred at 4 p.m. on Friday, as an argument turned deadly and a 21-year-old man was shot several times in the Austin neighborhood on Chicago’s west side. The man was later pronounced dead at West Suburban Medical Center in Oak Park.

The weekend’s last reported gun death happened in the west side neighborhood of Ukrainian Village at approximately 1:10 a.m. on Monday. A 36-year-old man standing outside was shot multiple times by someone inside a black SUV. Doctors later pronounced the man dead at Stroger Hospital.

Chicago Police were also involved in a fatal shooting in the west side neighborhood of East Garfield Park, where officers reportedly shot and killed 34-year-old Herbert Johnson. The officers had been chasing Johnson, who they said was suspected in a nearby shooting.

The rash of gun violence comes shortly after the Department of Justice issued a report which concludes the Chicago Police Department have repeatedly used excessive force when dealing with suspects on Chicago’s streets.

President-elect Donald Trump and his nominee for Attorney General Jeff Sessions have also been vocal about the gun violence problem in Chicago, vowing to implement more aggressive police action and federal assistance.