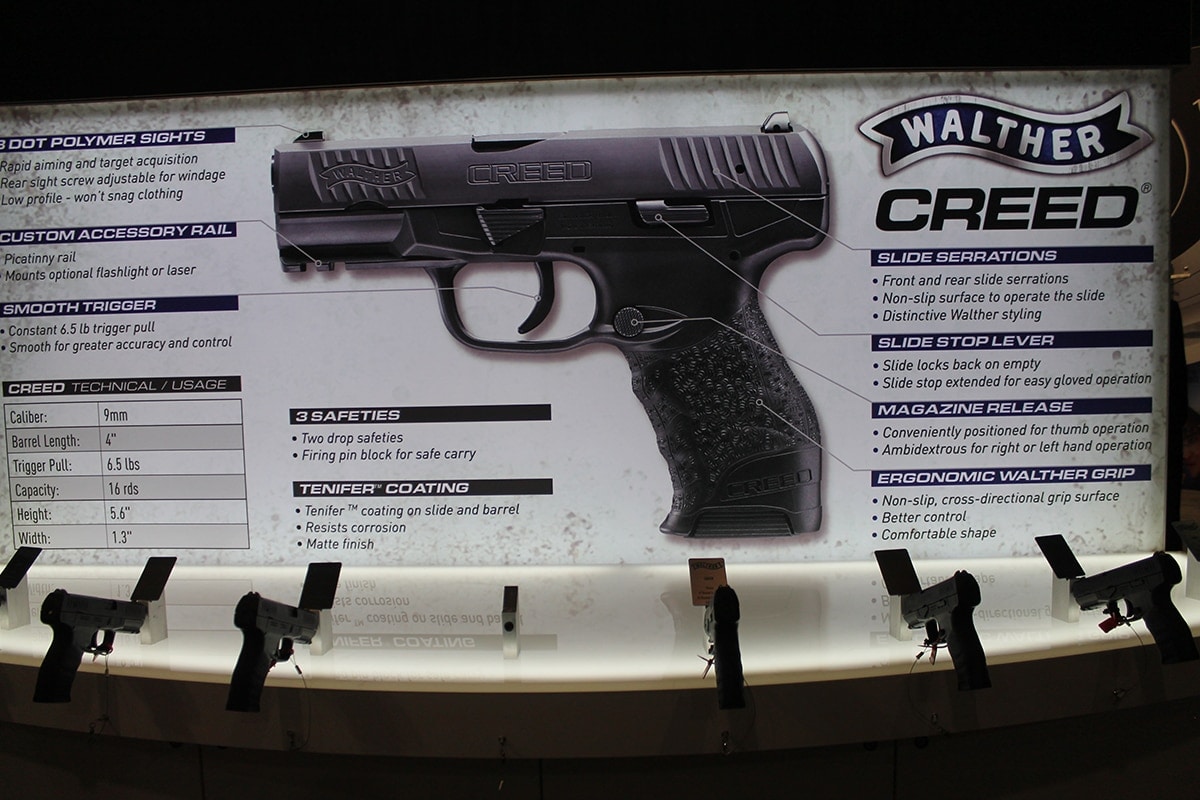 The Creed, chambered in 9mm, is a polymer-framed, semi-automatic. Hammer driven and double action only, the low profile features make for a good conceal carry fit. Taking that compact, carry theme further the pistol features a 4-inch barrel with an overall length of 7.3 inches. Tipping the scales at a mere 27 ounces, the Creed offers another lightweight option to shooters. 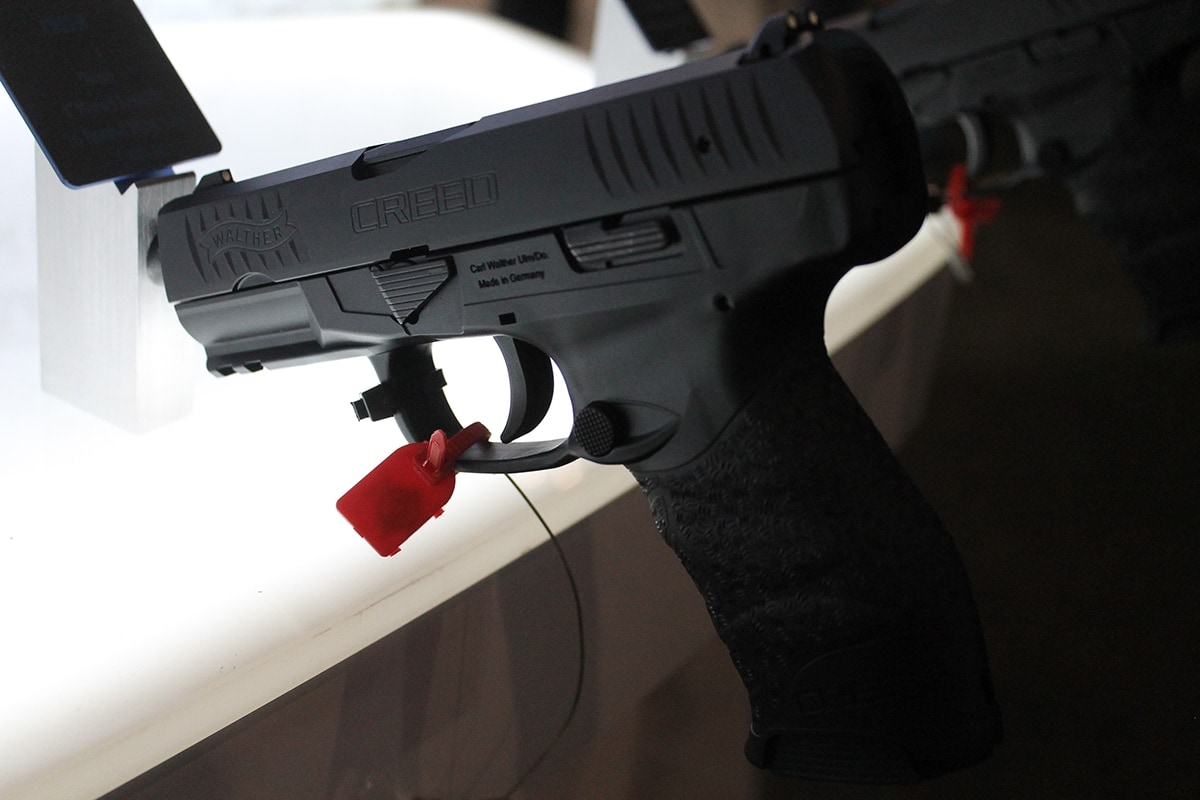 The Walther is hammer-fired in double action only. (Photo: Jacki Billings)

Rick Demilt, a representative for the company, said the Creed’s design is a meshing of two other popular Walther models.

“The Creed pulls the best features from both the PPQ and PPX,” Demilt said. “The ergonomics are great and with a price below $400, the Creed is hard to beat.” 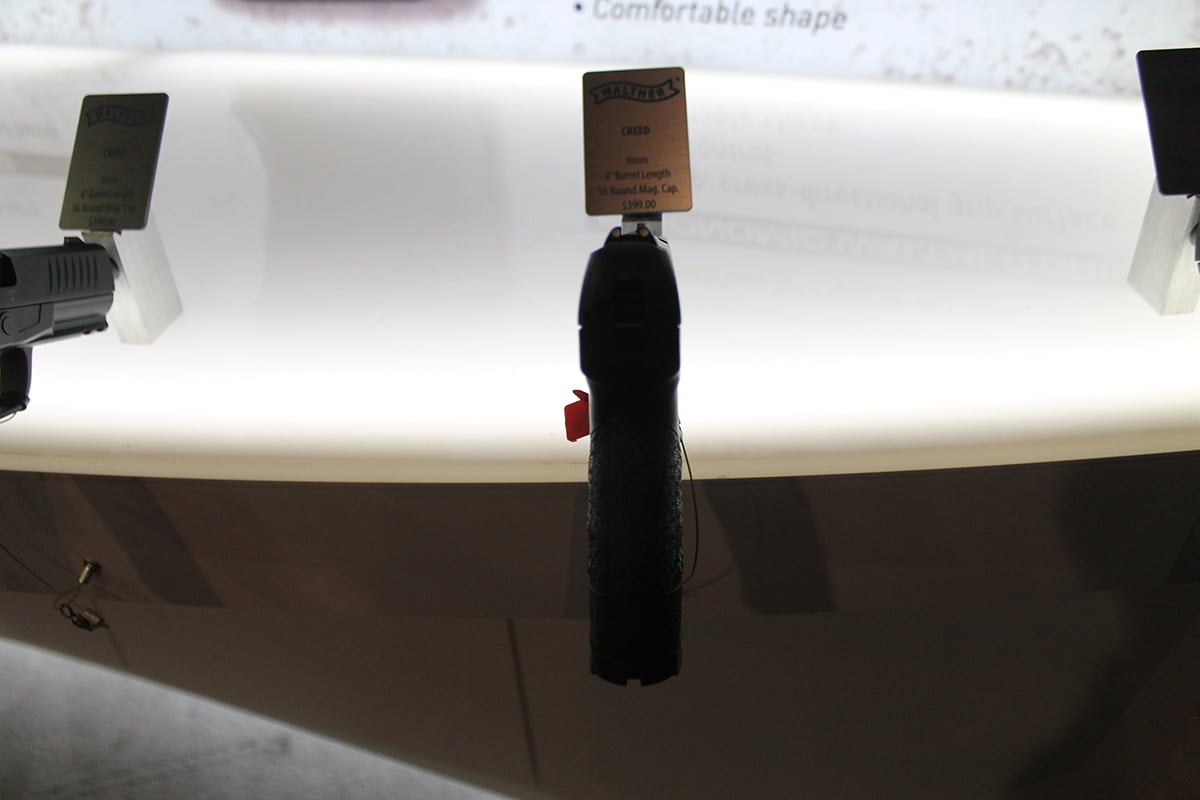 Steel three-dot sights come standard. However, accessories dealers are now offering night sights for the Creed, according to Demilt.

The $399 price-point and concealable size makes the Creed a decent choice for concealed carry enthusiasts looking to save some money.