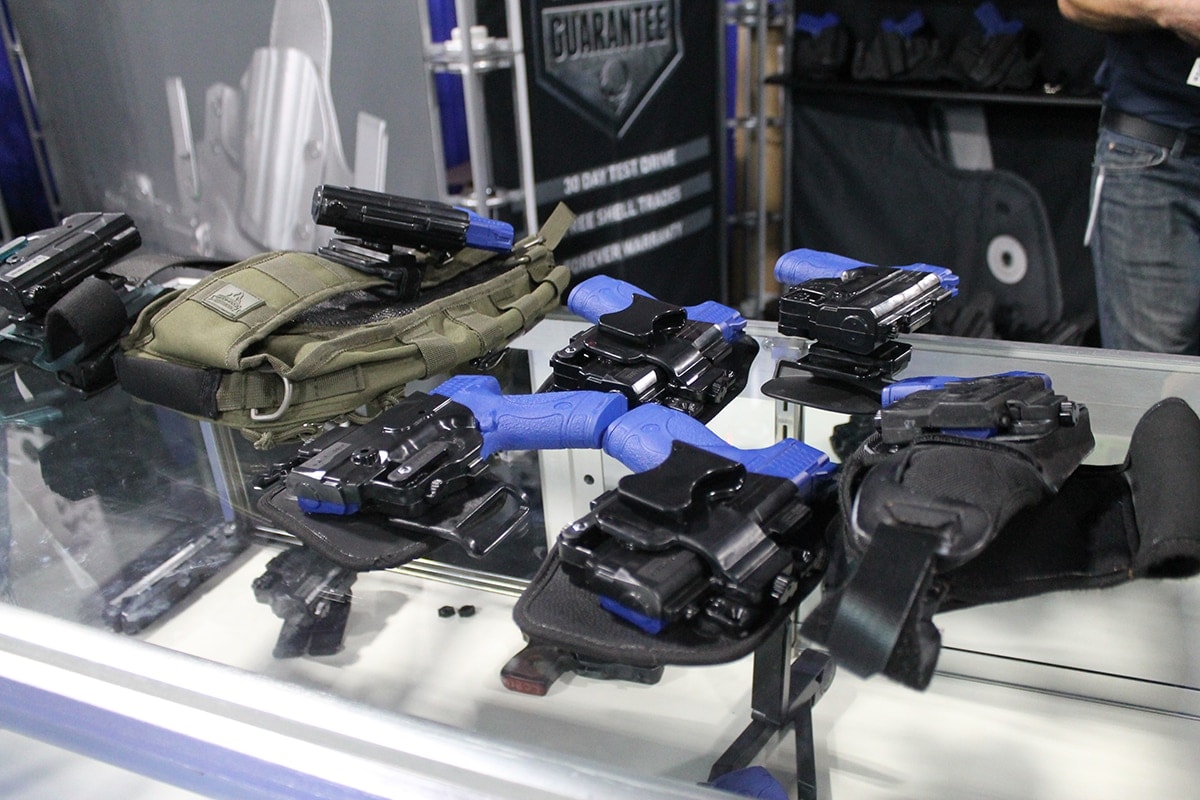 The entire system laid out at SHOT Show. The company intends to tweak the holsters for launch in Summer 2017. (Photo: Jacki Billings)

The company launched the system during a press conference on Monday at SHOT Show and called the Shape Shift both revolutionary and one-of-a-kind.

The complete package of 11 difference holsters configured to work alongside one another took the company about two years to develop. Thomas Tedder, owner of Alien Gear, said that this system is meant to simplify the concealed carry lifestyle by providing one holster that can safely adapt to many carry positions. 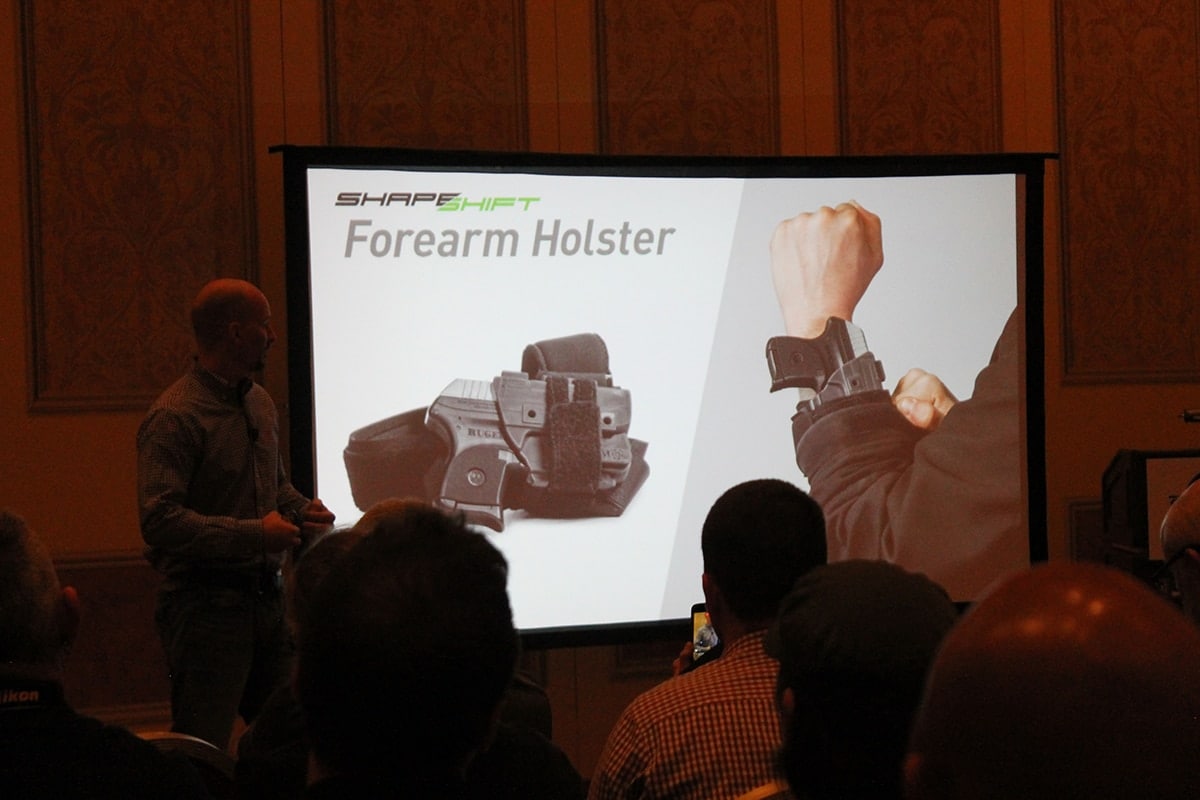 Included in the new offerings is a forearm holster rig. (Photo: Jacki Billings)

Swapping between systems requires no tools. The kydex shells themselves have been reduced to still provide the same level of safety but without the bulk. The new system also differs from Alien Gear’s other products by offering one point of flex. This construction means the holster really molds itself to the body, elevating the level of concealment. 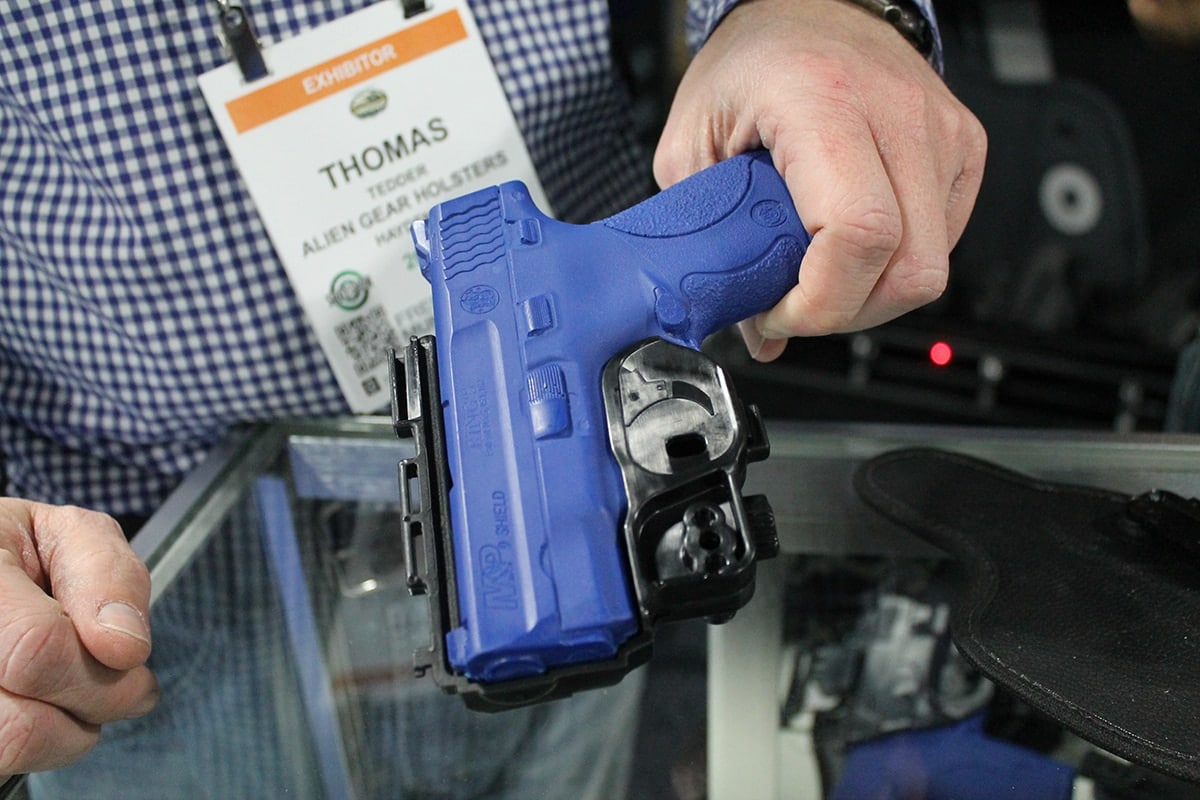 The system guards the trigger even while swapping configurations. (Photo: Jacki Billings)

Alien Gear intends to release a starter pack in the summer which will feature an IWB, AIWB, OWB paddle and slide holsters. The company intends to start offering the holsters for a select few guns but will eventually branch out to include 25 to 40 models by the end of 2017. Price has not yet been determined. 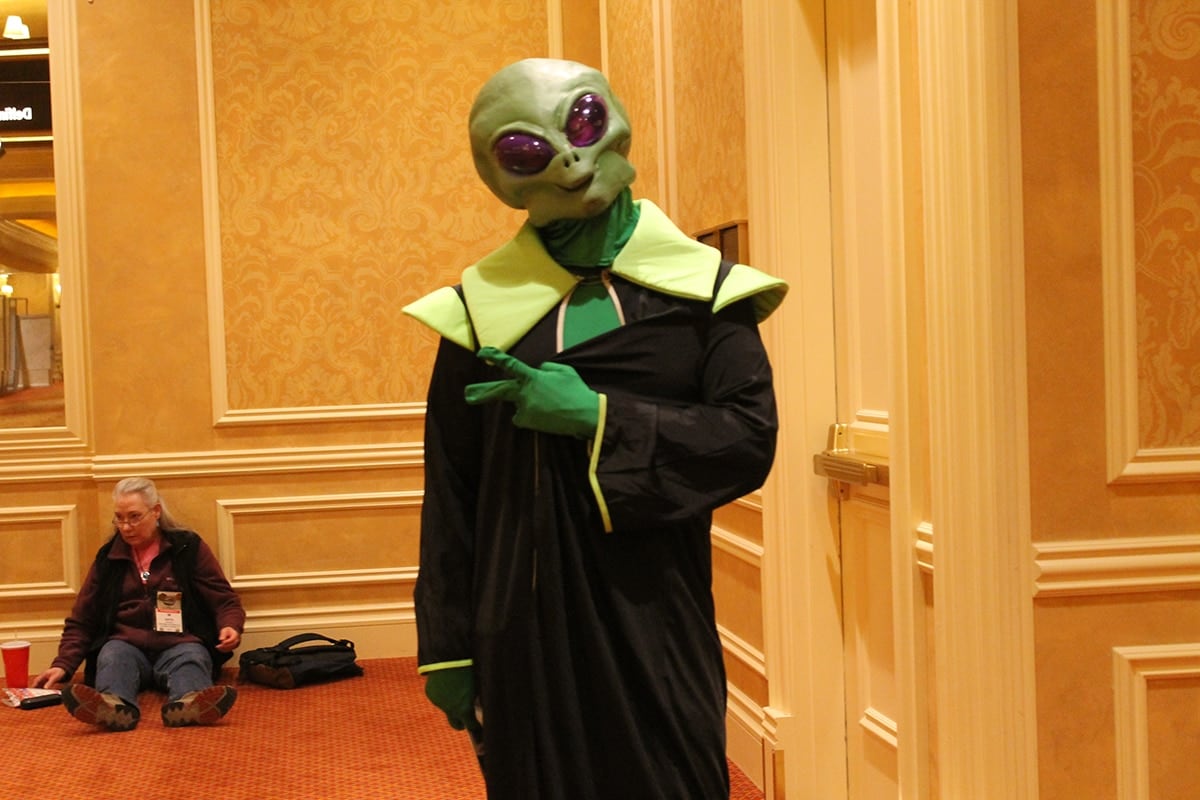