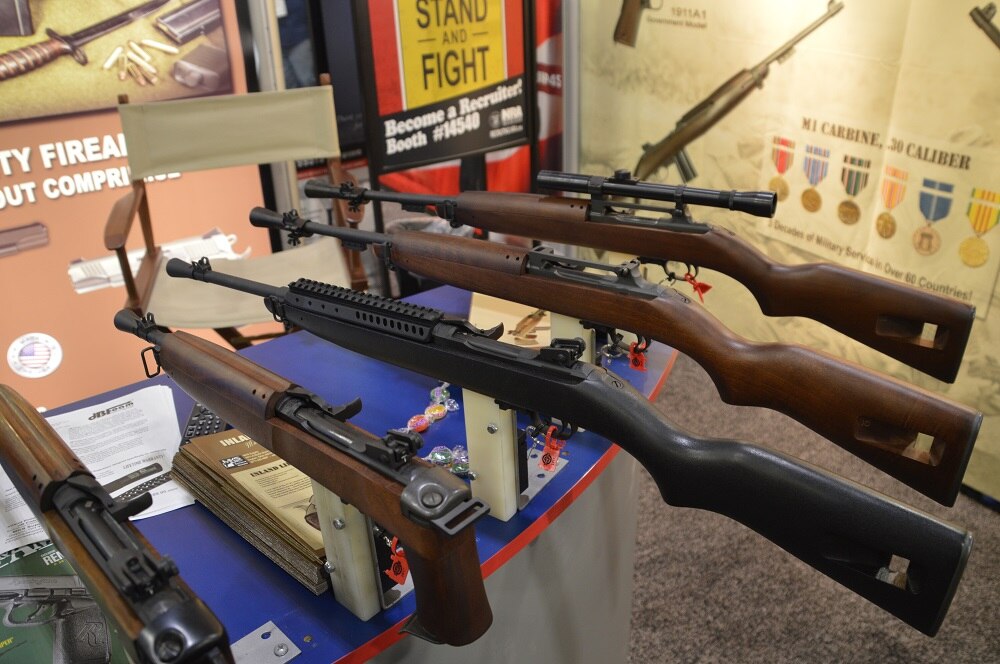 Inland has some new twists on some vintage ideas at this year’s SHOT Show. (Photos: Chris Eger/Guns.com)

Ohio-based Inland Mfg came to SHOT Show 2017 with a host of new items including their scoped M1 Carbines and Liberator derringers.

The company delivered on a number of products advertised in the weeks leading up to the trade show including their take on a rare scoped version of the classic M1 Carbine of World War II and a double-barrel update to a single-shot .45ACP pistol from the same period.

Founded in 2013, Inland has been making a series of classic reproductions of WWII-era U.S. martial arms to include a new production model of the M37 Trench shotgun, the GI 1911, and several variants of the “warbaby” .30 caliber M1 Carbine.

The newest twist on the Carbine line, dubbed the T30, is an ode to the late-war production T3 Carbine. That gun, which later evolved into the very neat M3 Carbine (not to be confused with the .45ACP M3 Grease Gun), was an attempt to make a specialized little popgun which came with a scope base instead of conventional sights and included a cone shaped flash hider.

On hand at SHOT Show with a period-correct Redfield-style scope base welded to the receiver, the gun also ships with an optional new production Hilux M82 sniper scope. 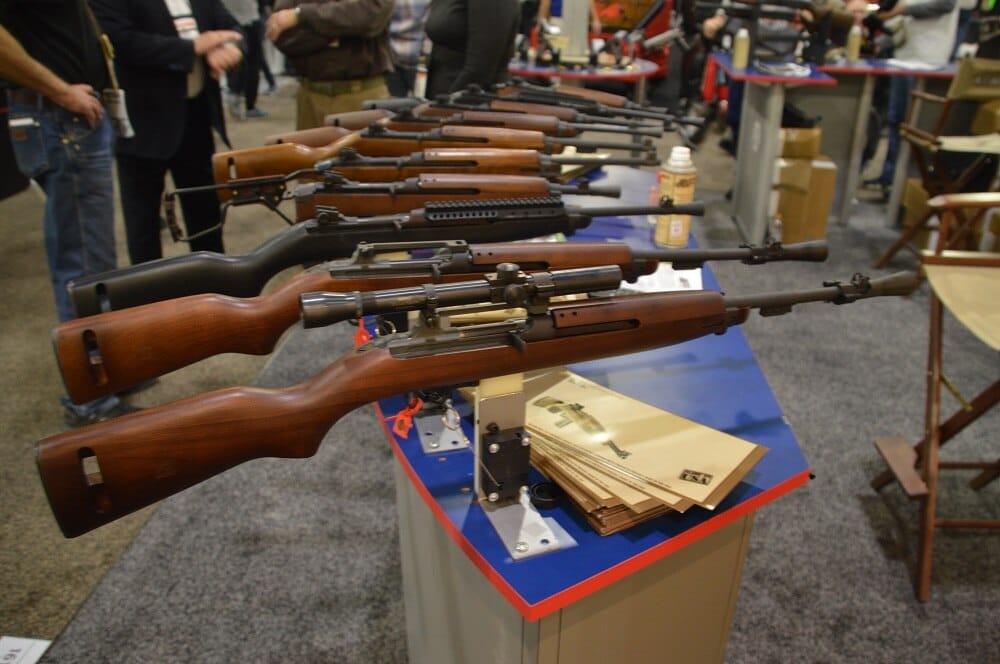 The new Inland Liberator derringer, made in conjunction with Bond Arms, takes the original Liberator –coincidentally made by the Inland Division of General Motors in Dayton, Ohio, and ups the ante by giving it two barrels. An aged gray finish to the stainless steel pistol supplements a wood grip featuring the Inland/Dayton engraving. 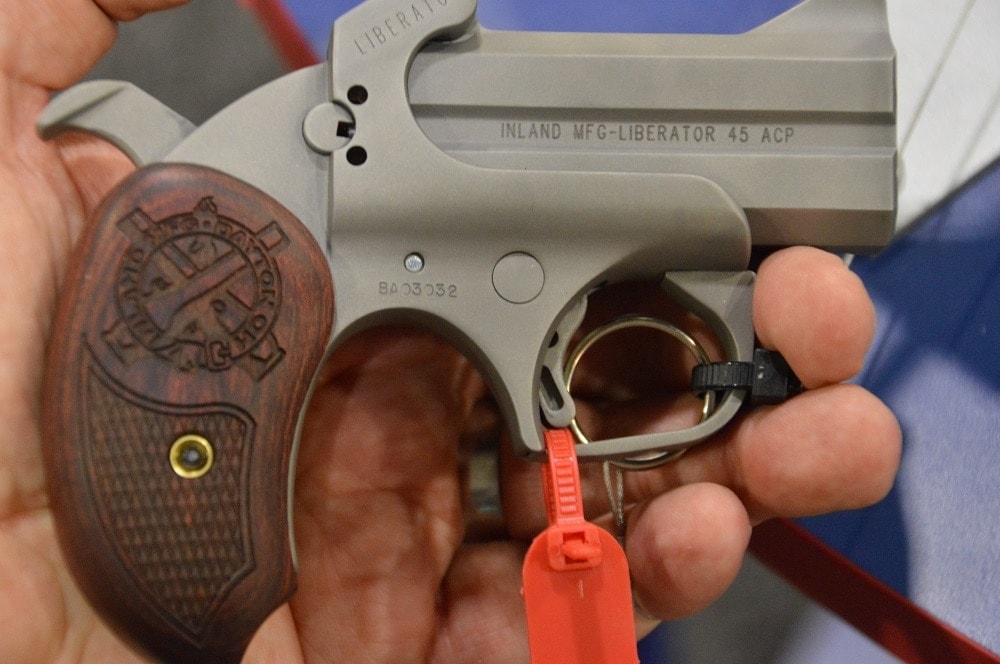 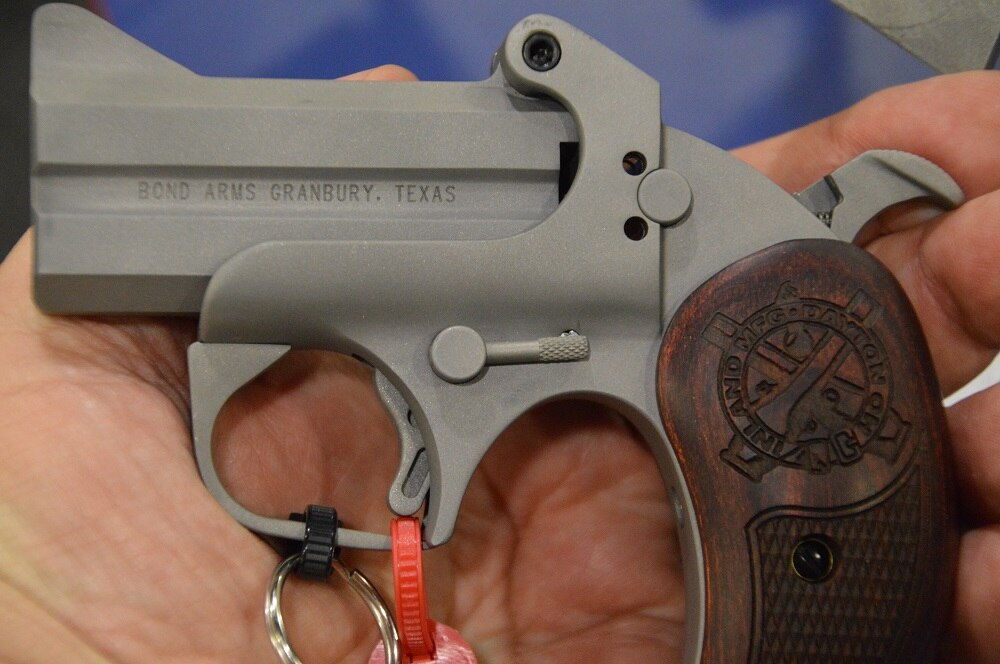 The new Liberator weighs 18 ounces and has a three-inch barrel. Its MSRP is $495.

A surprise addition to the Inland family is the PM-22 suppressor. An abbreviated 5.5-ounce can just 3.3-inches long, the screw on suppressor with a user-serviceable mono-bloc core X-baffle is meant for .22 rimfire. MSRP is $189. The polymer core is billed as being replaceable with the suppressor itself having a lifetime warranty.

Inland’s subsidiary, Decibel Technologies, is marketing dBFoam, a suppressor foam with both muffling and lubricating properties. 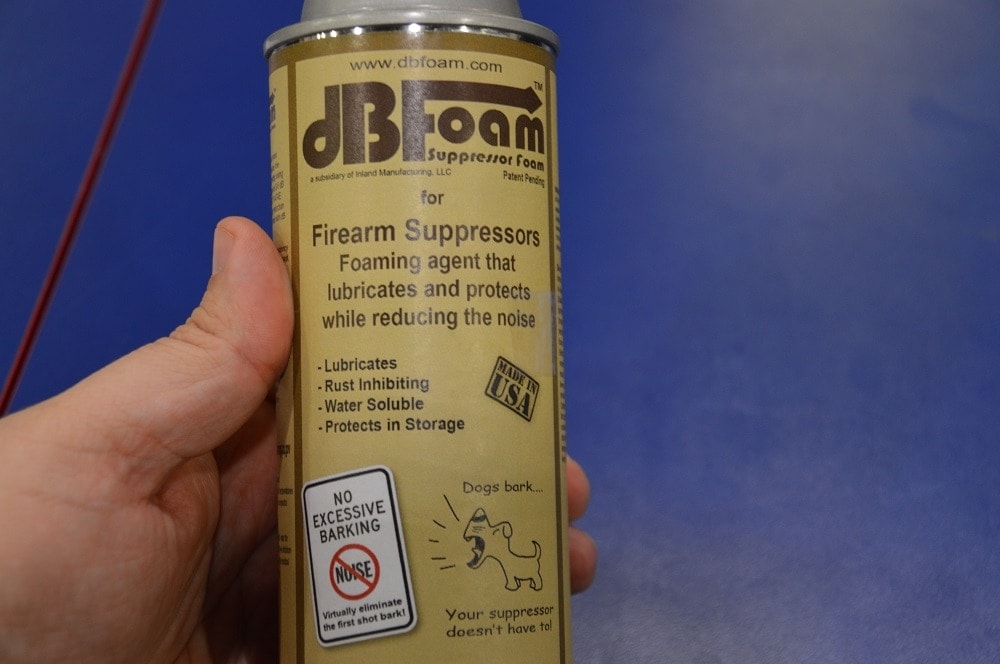 Company reps advertise the agent as reducing first shot expected sound propagation by as much as 10 dB while remaining in a foam state inside a suppressor for as long as six months. Retail varies from $19-29 on cans that range from 4-16 ozs.