Suspect who shot Arizona trooper was in the US illegally 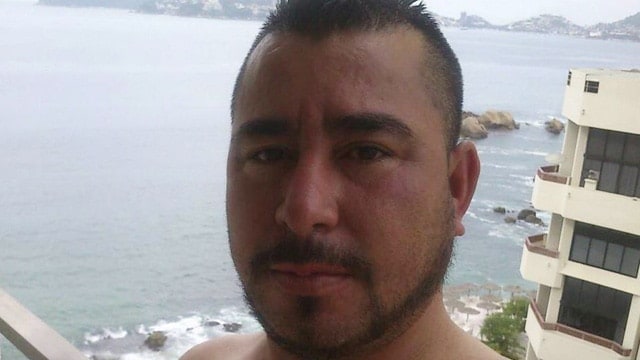 Leanard Pennelas-Escobar has no prior criminal history and it’s unclear why he was in the country. (Photo: AP)

The man responsible for the attack of a state trooper on an Arizona highway last week was in the United States illegally at the time of the assault, Department of Public Safety Director Frank Milstead said Monday.

Authorities still don’t have a clear motive for the attack, but reports indicate the suspect, 37-year-old Leonard Pennelas-Escobar, was a drug user and believed to have once been a member of the Mexican federal police.

Pennelas-Escobar was killed when a passing motorist, who happened to be armed with a gun, witnessed the assault and shot Pennelas-Escobar after he failed to comply with repeated requests to stop the brutal attack.

The trooper, Edward Andersson, survived the attack and Milstead praised the actions of the passerby, who Milstead described as a humble man.

Andersson stopped after seeing a vehicle driven by Pennelas-Escobar involved in a rollover crash on Interstate 10, about 55 miles outside of Phoenix. Andersson said he witnessed Pennelas-Escobar holding his girlfriend, 23-year-old Vanessa Monique Lopez-Ruiz, as he sat on the side of the interstate. Lopez-Ruiz had been ejected from the vehicle during the crash and was later pronounced dead.

The cause of the rollover crash has not been determined, but authorities indicate speed may have been a factor.

Andersson was setting up flares at the scene in an effort to get passing cars to slow down when Pennelas-Escobar came at him and yelled something in Spanish, which Andersson did not understand. Pennelas-Escobar then shot Andersson in the shoulder and chest and proceeded to assault the trooper, repeatedly slamming his head into the pavement.

Soon thereafter, the armed good Samaritan, who has not been publicly identified, drove by and noticed Andersson in distress.

Andersson was transported to the hospital, where he underwent surgery and has since been released. Milstead said the good Samaritan’s actions “definitely” kept Andersson from suffering more serious neurological injuries that likely would have resulted had the assault continued.

Nonetheless, Milstead said the good Samaritan is facing difficulties since the incident.

“He knows he did the right thing,” Milstead said. “He is trying to reconcile that in his mind, which it’s difficult to take a life even when you know it’s the right thing to do.”