Getting triggered at SHOT Show 2017 (PHOTOS) 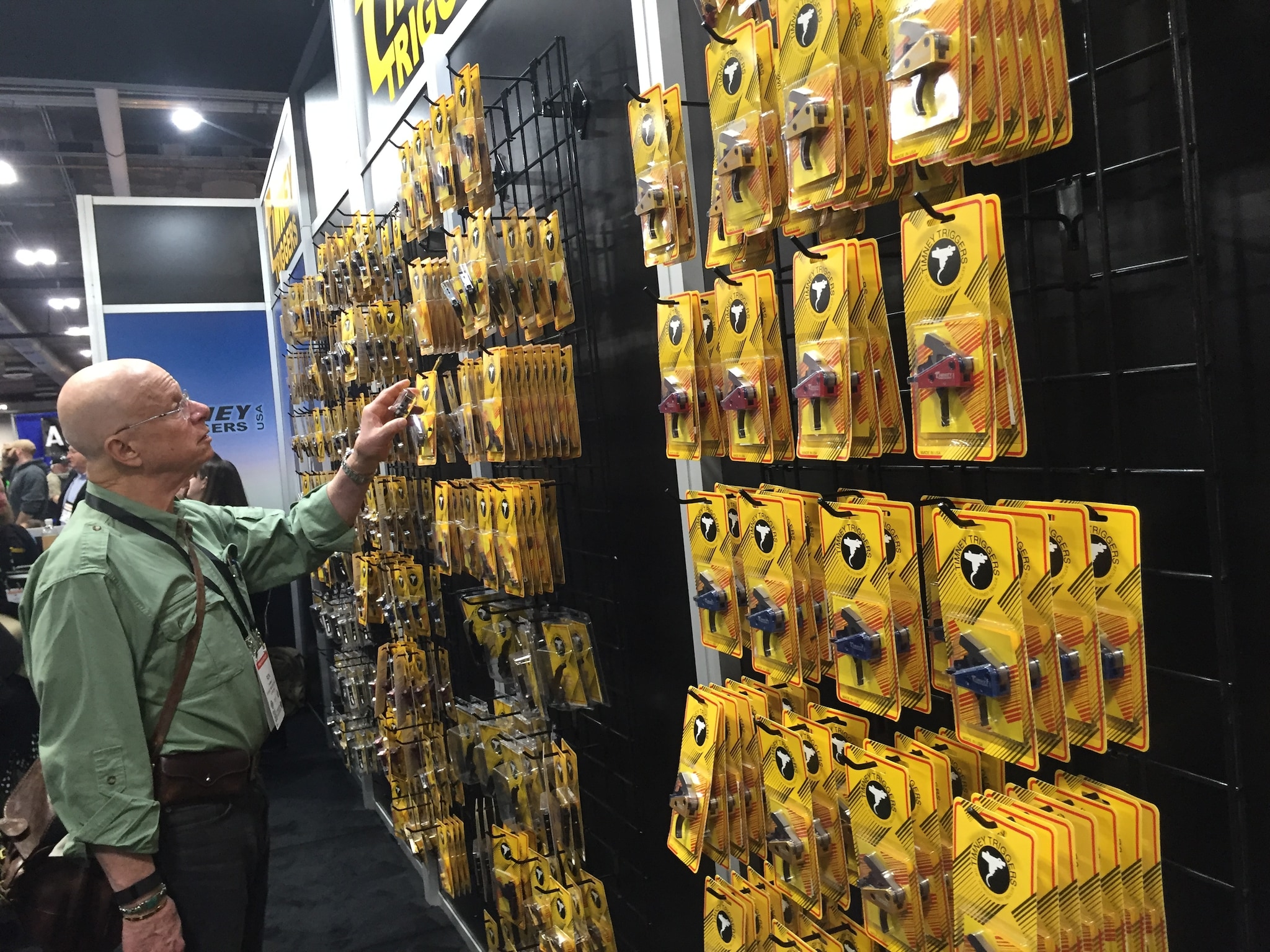 A man peruses triggers at SHOT Show 2017 in Las Vegas, Nevada, on Wednesday.

One of the most popular upgrades to a gun is the trigger. Each year, new ones are introduced, giving shooters more choice in what many call the most important interface between operator and firearm.

At the 2017 Shooting, Hunting, and Outdoor Trades Show, new triggers are in abundance. Trigger booths teem with lookers and buyers. Although SHOT Show isn’t staged as a sales event, some vendors somehow arrange just that and are busy as bees. Here is just a sampling of what’s up.

Hiperfire
The company name is based on “high performance,” and this year, they’re offering two new triggers. Their upscale line, called 24 because weight of pull is adjustable from 2 to 4 pounds, now features the 24A, a select fire model. Prices for the 24 line begin at $185. 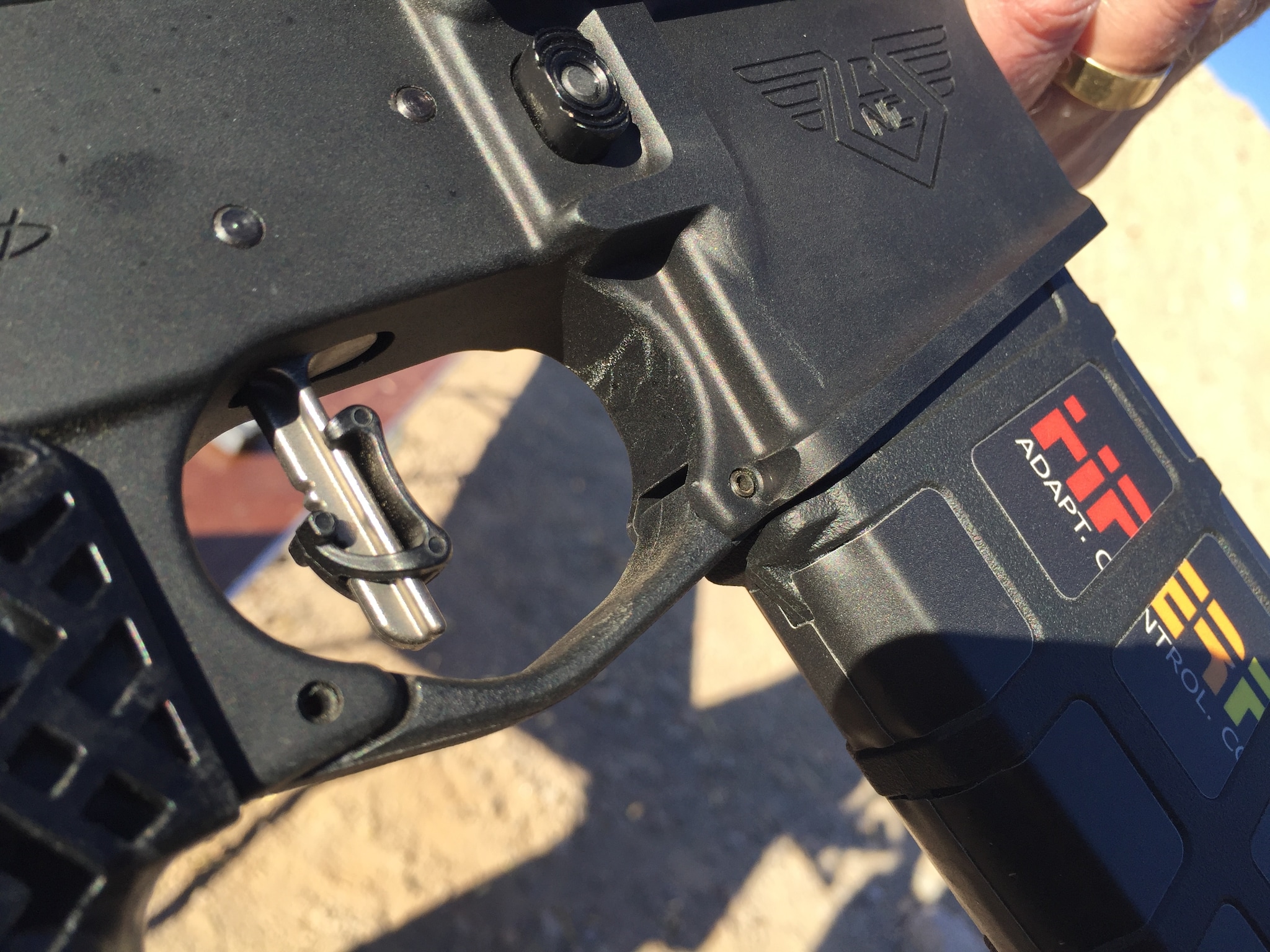 New to the Hiperfire line is a trigger so different, it doesn’t fit into its current product lines. The Eclipse is a patented cam-over-toggle design that the company says eliminates the feel of squishing flesh flat against the trigger before the shot breaks. The action of the trigger is to cause an extra-hard primer strike, reducing ammunition-related malfunctions and generating greater muzzle velocity. 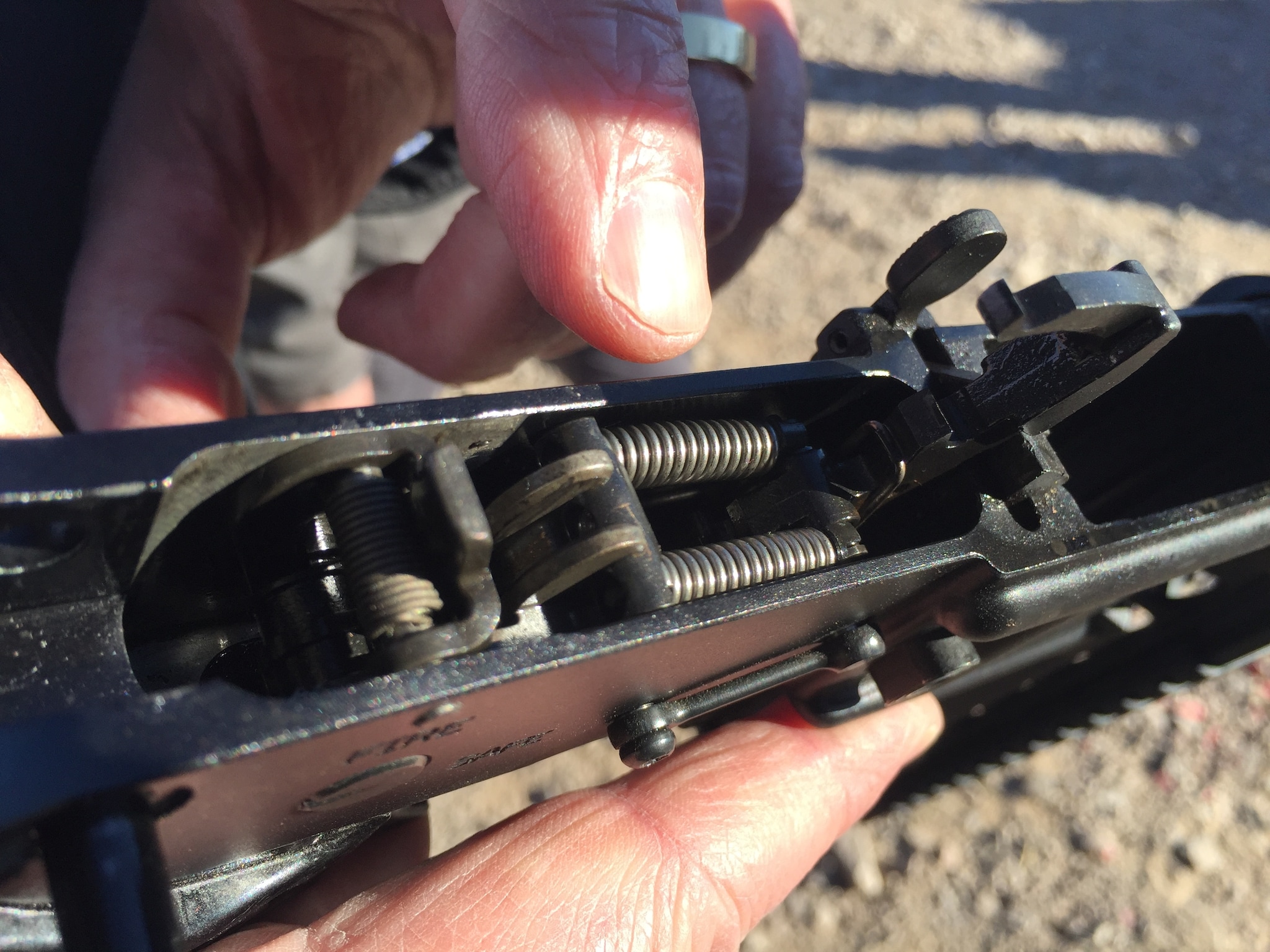 CMC Triggers
The Chip McCormick (CMC) company rolled out a new trigger for Glock. It has a straight face and retains a safety lever, but one of a much lower profile than stock. Pull is 4 pounds, 11 ounces. The familiar Glock pre-break tension is much reduced. A factory rep was unable to provide information on distance to reset, however, a brief range test proved it’s no more — and perhaps a bit less — than the standard Glock trigger. CMC promises the change-out is uncomplicated. Retail is $175. 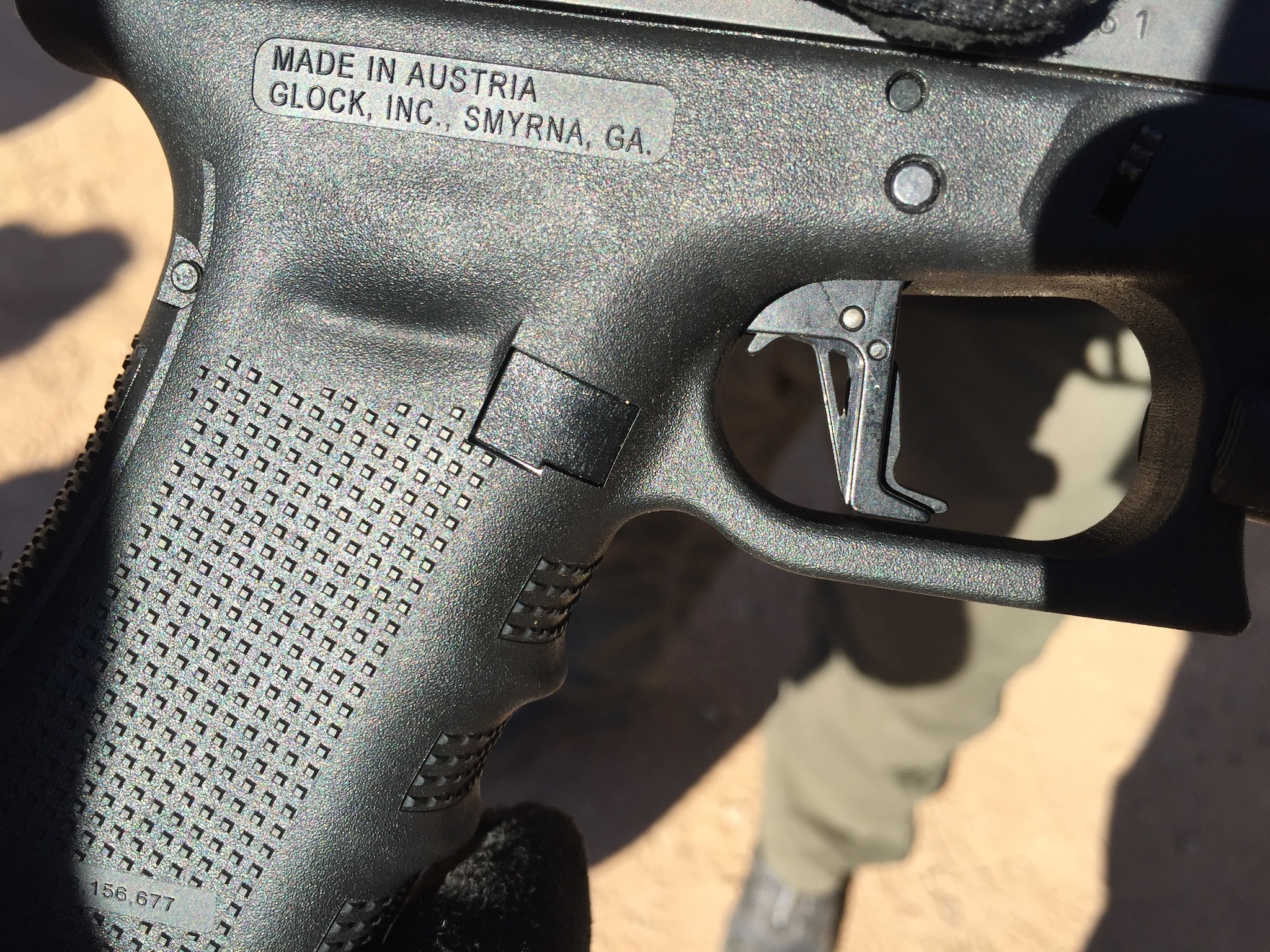 Timney Triggers
Timney’s booth was teeming with both triggers and people. Their “trip our trigger” display, inviting prospective customers to test numerous models, was a real draw. 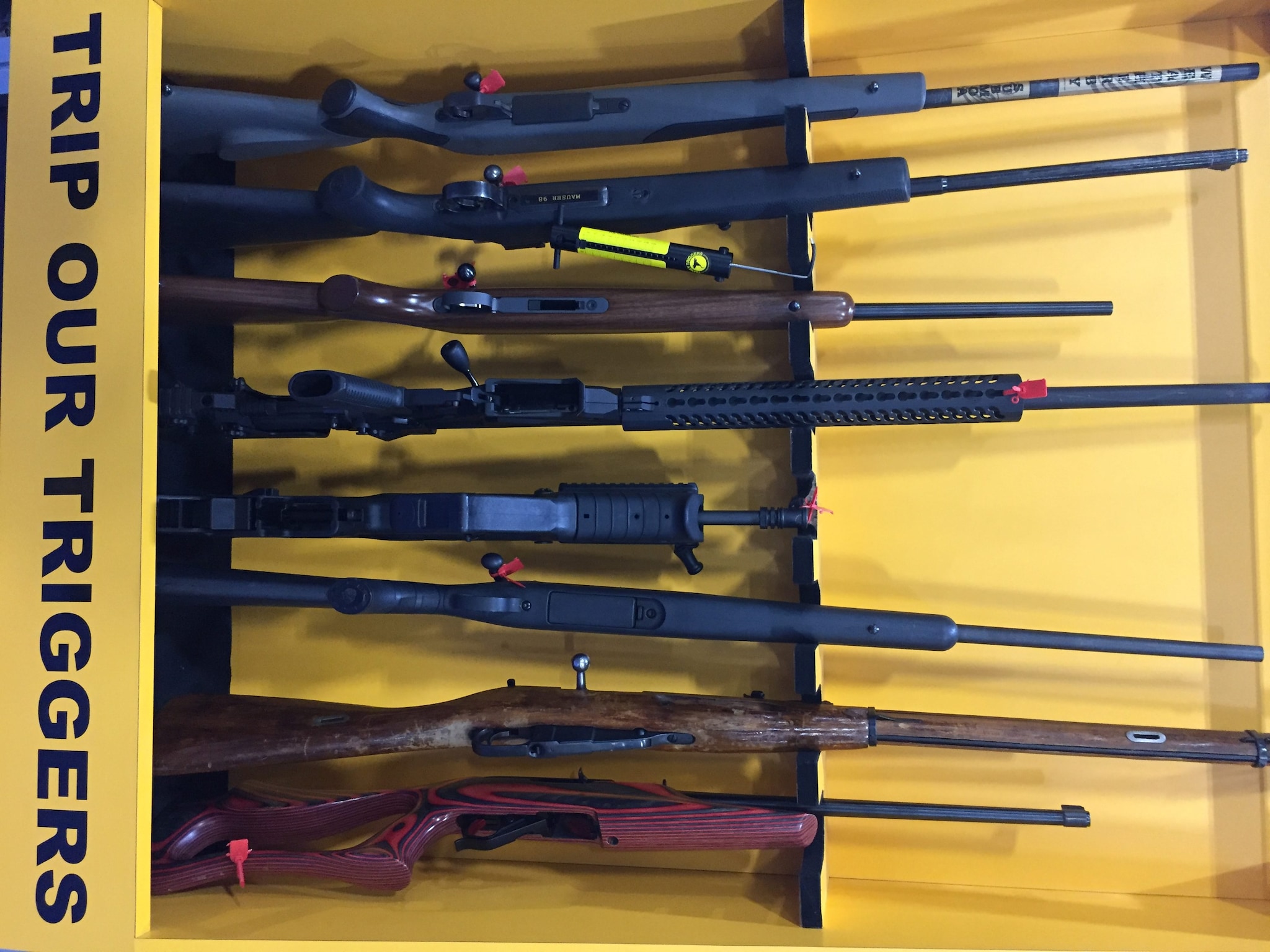 Have you tripped a trigger today?

Calvin Motley, head of New Product Development at Timney, showed me their three new triggers for 2017. Some of the products bear his name. Motley said all models are made for drop-in installation.

AR Calvin Elite is a single-stage AR15 trigger with four included shoe options and adjustability for each shoe. Pull weight is 1.5 pounds with a “super fast reset.” Retail is $295.95. 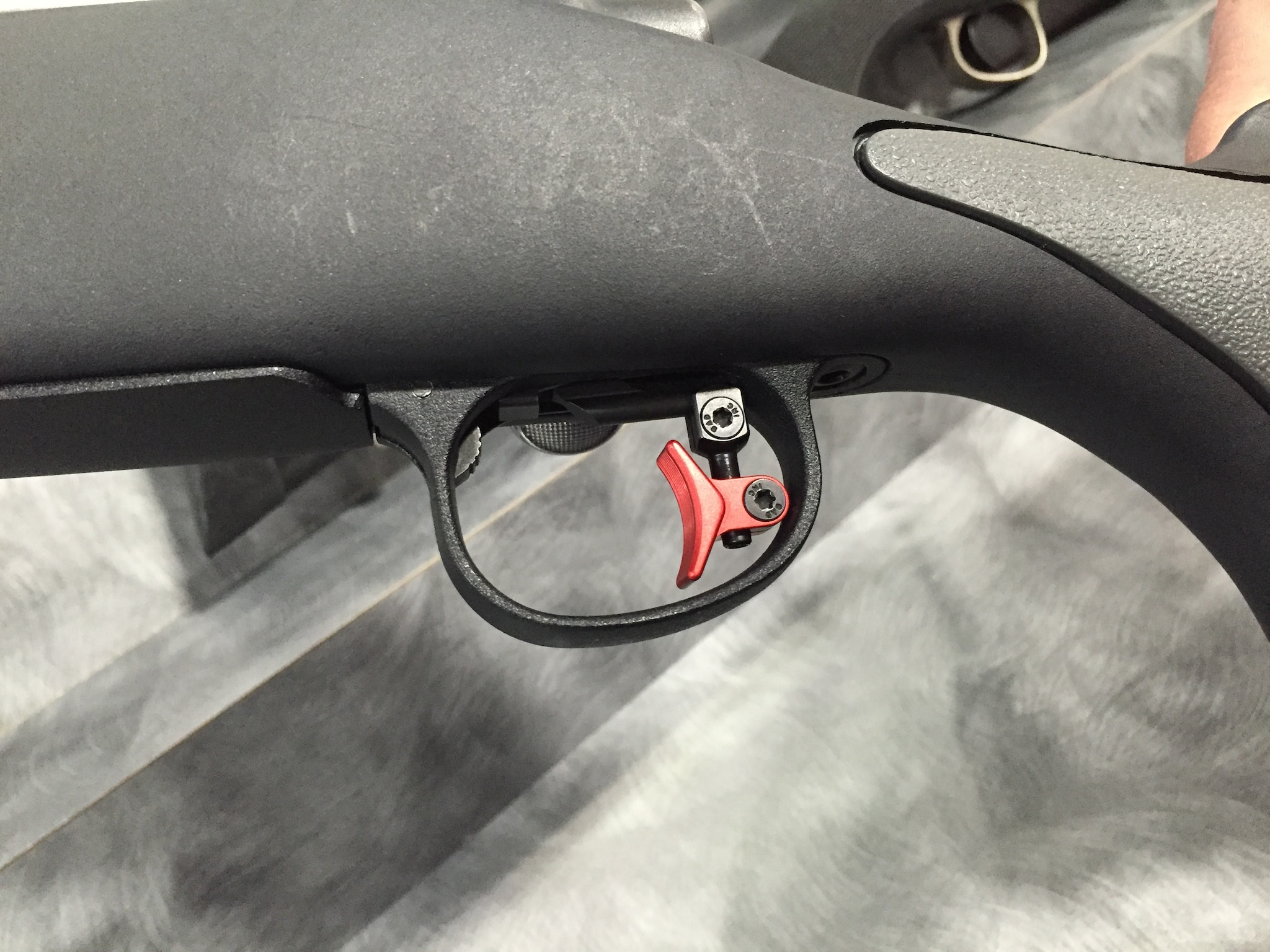 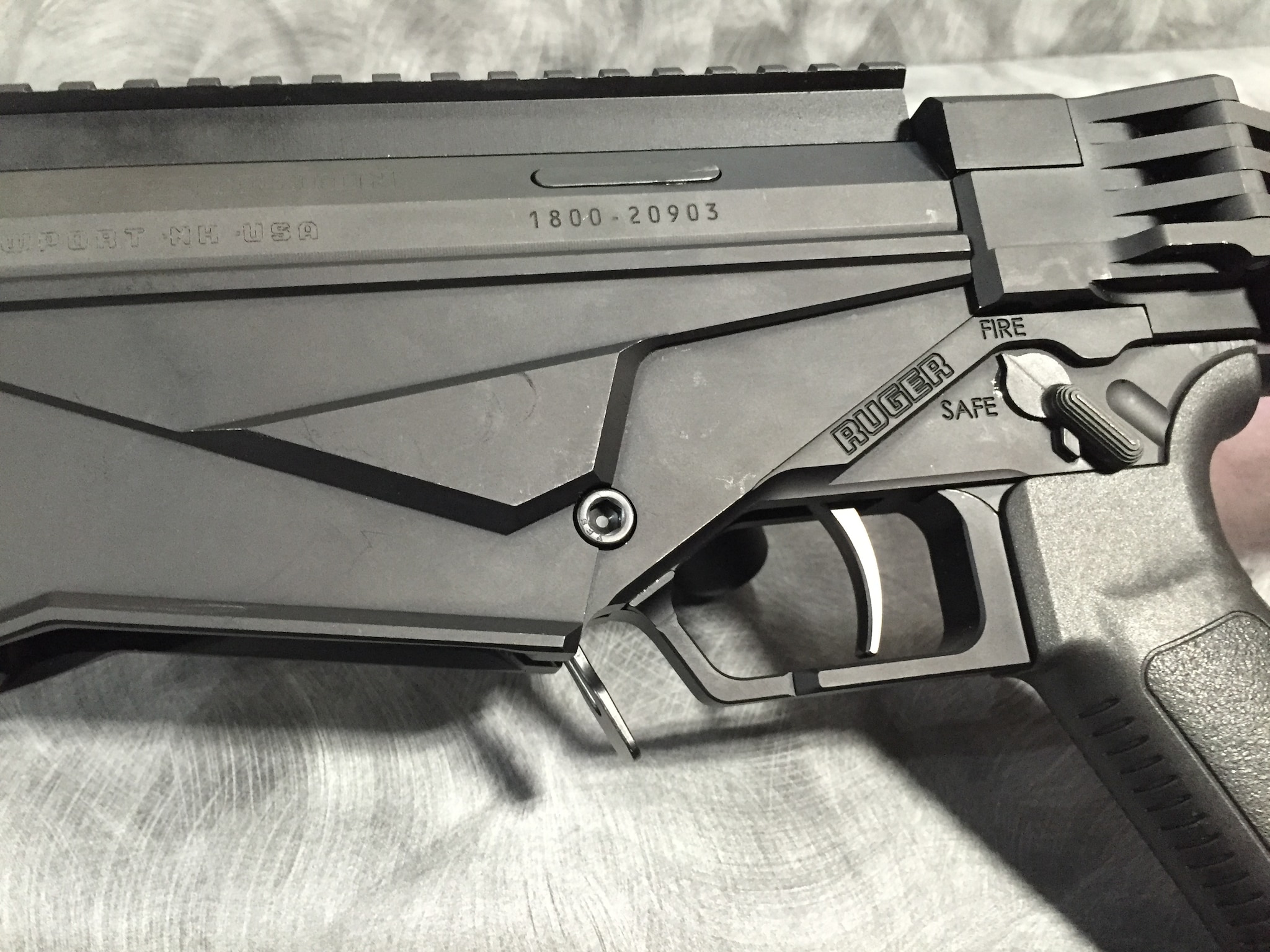 Ruger Precision Rifle Model is a two-stage trigger available in curved or straight construction. First stage is adjustable from 8 ounces to 1 pound. Second stage can be set from 0.5 to 2 pounds. It’s $219.95.

Huber Concepts
Designer and CEO John Huber’s trigger is, as he puts it, of a totally different design than others. It’s a roller bearing system, built around a combination of Huber’s keen sense of how people interact with a rifle and the laws of physics, or what he calls “rotations, accelerations, and exponents.” 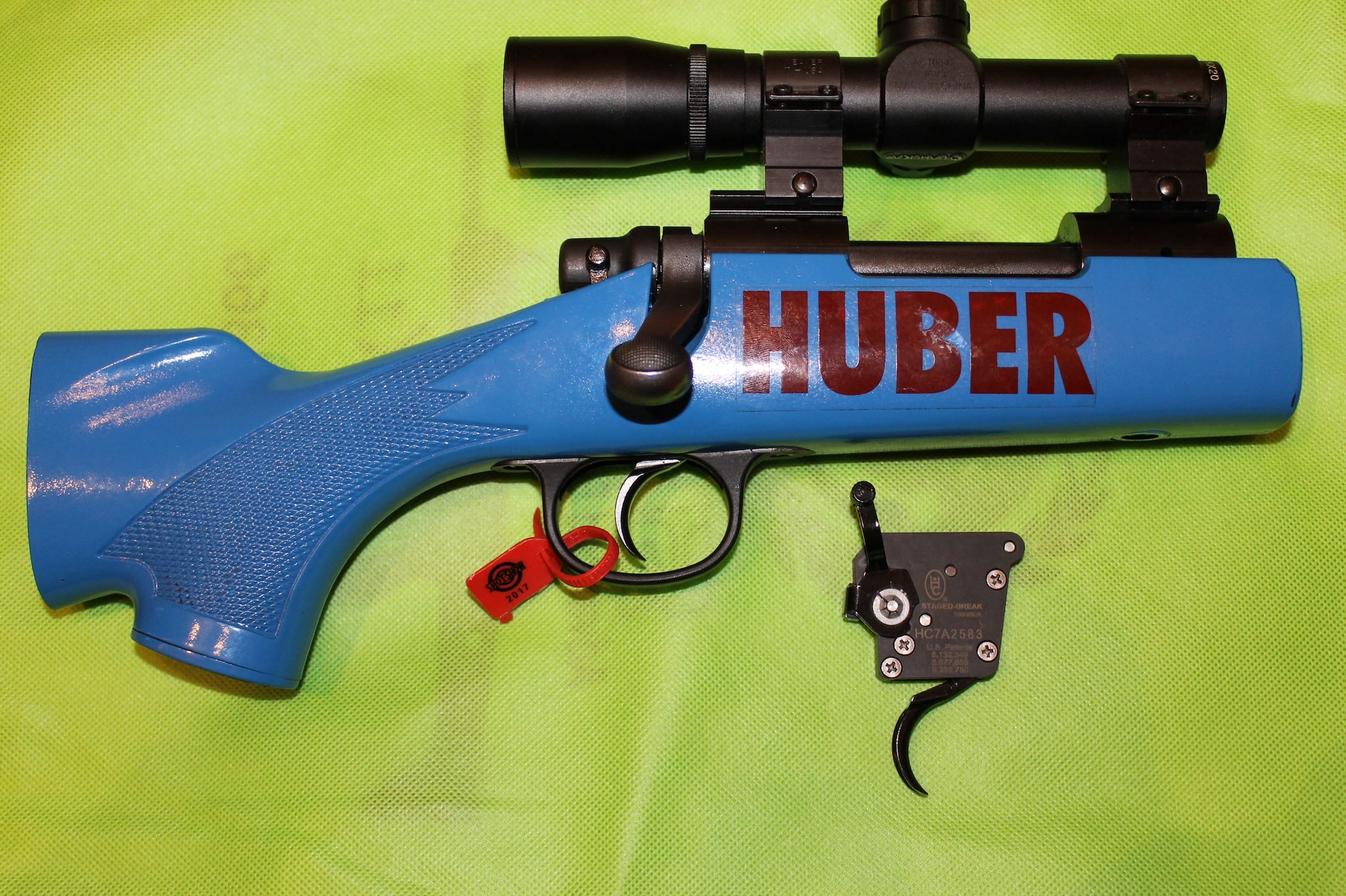 In 2016, Huber updated some material and manufacturing processes, though the design and quality of his three-patent trigger remain the same, he says.

“My triggers have better shot-timing, guaranteed,” Huber said. “The time between wall and break is shorter than your tactile sense of movement. This helps keep the reticle on target in the shooter’s mind’s eye.”

Huber Concepts triggers are built for drop-in installation on Remington 700s and clones thereof, as well as the 50 BMG platform. The company prides itself on customer service after the sale. Triggers are priced at $295.

Geissele
The kind company rep cut me off mid-question when I started the interview with, “First, please help me settle a debate.” He smiled and said “GUYs-lee. It’s pronounced GUYS-lee.”

With that out of the way, he discussed what’s happening with the company.

SSP-Super Speed Precision is a new AR15 trigger, the company’s first true single stage model for AR and this year’s sole new model. Pull weight is buyer’s choice of 3.5 or 4.0 pounds; it comes with springs for both. “Three gunners will love it,” said the Geissele rep. The SSP will be ready for action around mid-April, for $240. 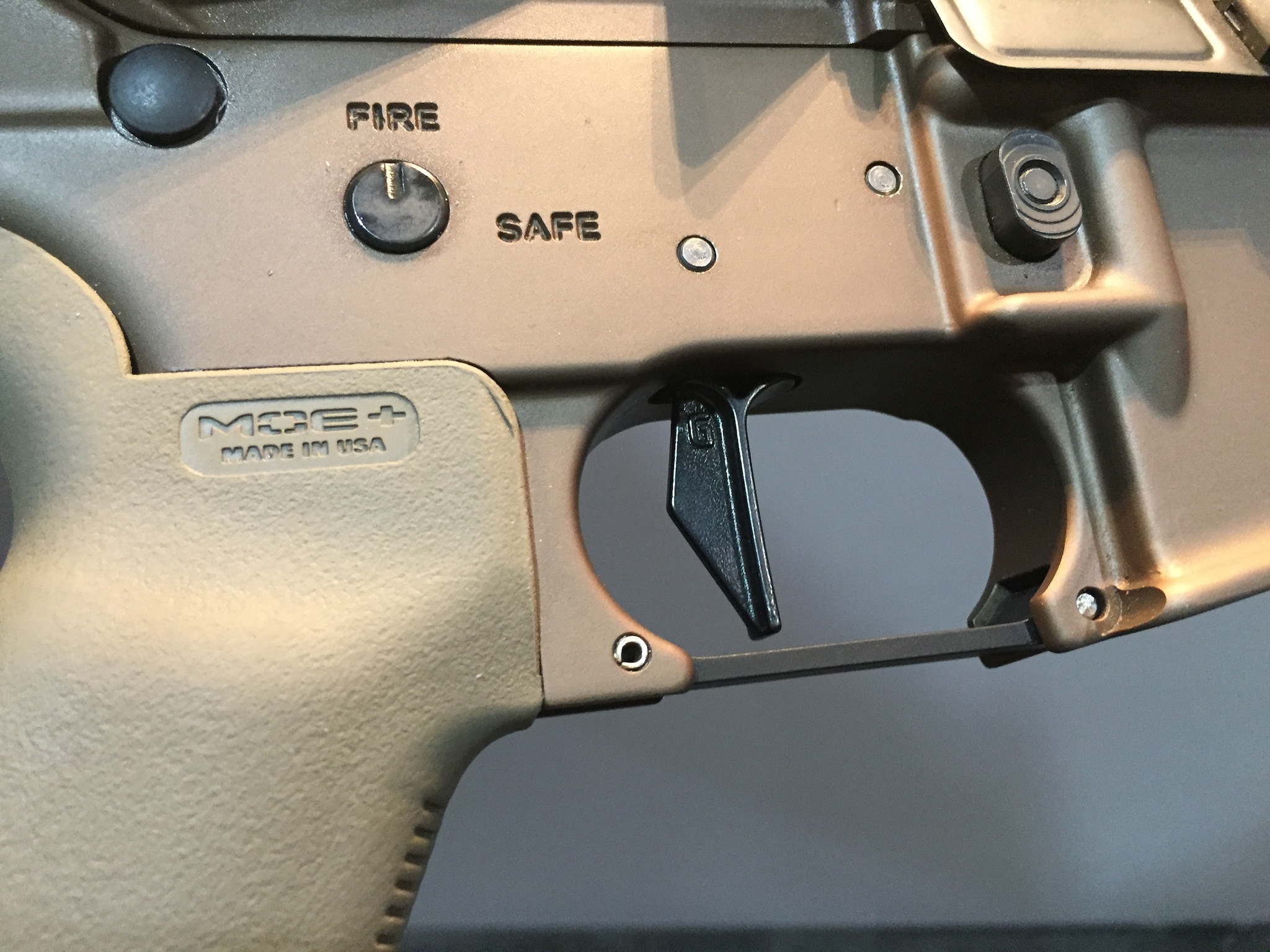 Geisslee’s sister company, ALG, is producing its own line of more economical triggers. “ALG is under the same roof, uses the same machinery, and the same engineers, as Geissle,” the representative said. ALG triggers are more affordable, starting around $50.

A newer Geissele subsidiary, Abraham & Moses Survival Co., is working on a line of knives. Trigger and gear packages might be on the horizon for consumers.

The diversifying company is also home to a new manufacturing business, Geissele Automatics, housed in the same factory. Their first Mark 13 rails will be available in late February and will come in four lengths, from 7 to 15 inches. Construction is 6061 T6 aluminum. Prices will be in the $250 ballpark depending on length.

Why is this rail here? Geissele is diversifying its product line. This is a pre-release sample of their Mark 13 rail.