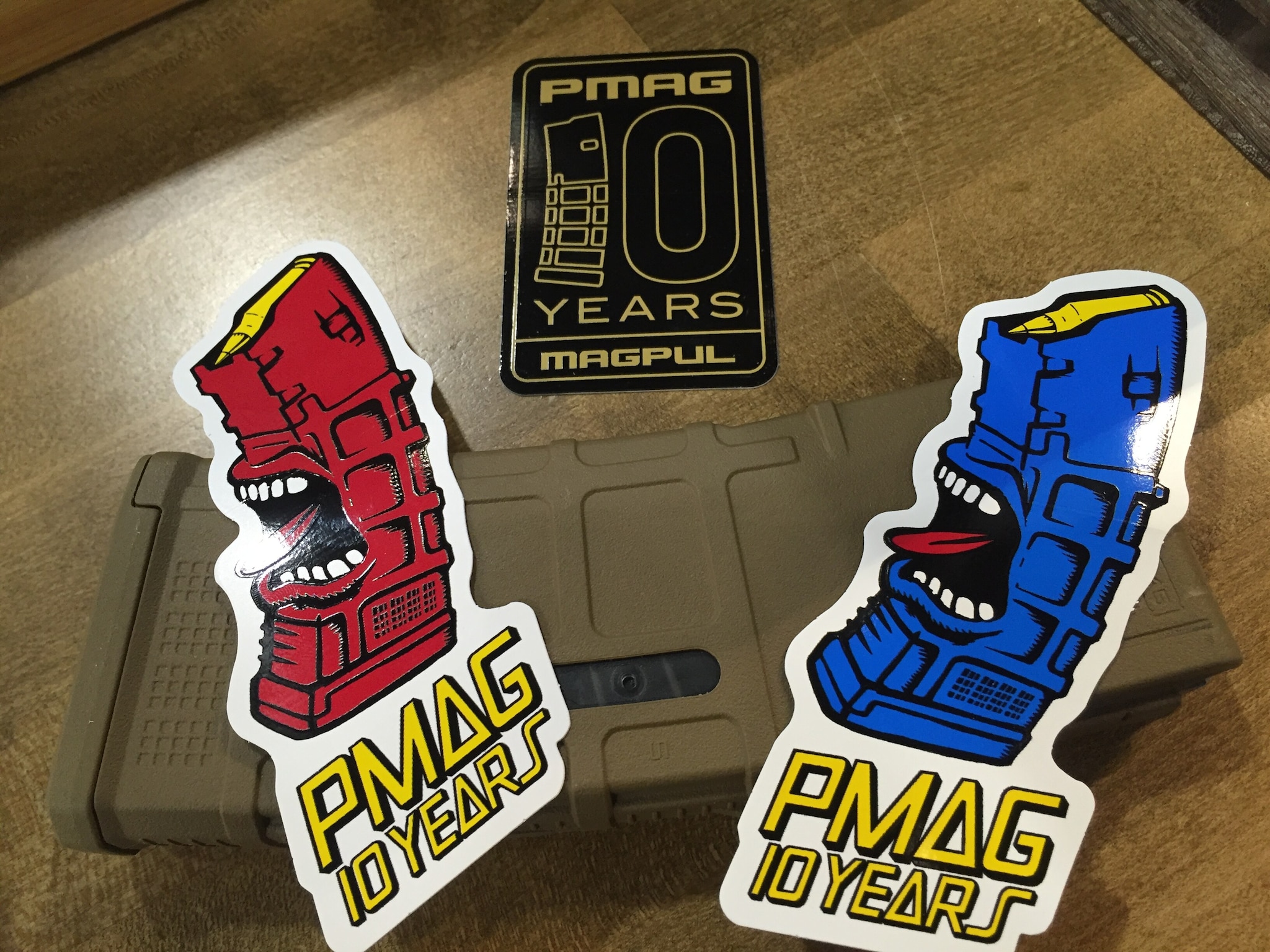 It’s been a decade since Magpul released PMAG, the polymer AR15 magazine that, in large part, propelled the company to its current status as the first name in AR — and now other platform and accessories. The company is using SHOT Show 2017 as a kickoff to what will surely be a year-long anniversary party.

To celebrate, the company has set up a museum-quality display showing the progression of the magazine and its emergence into the big time, on both the civilian and military front. Included in the stories told are pictures and actual magazines from American warriors and competitive shooters. For brand fans, there are also colorful stickers to spread the word. 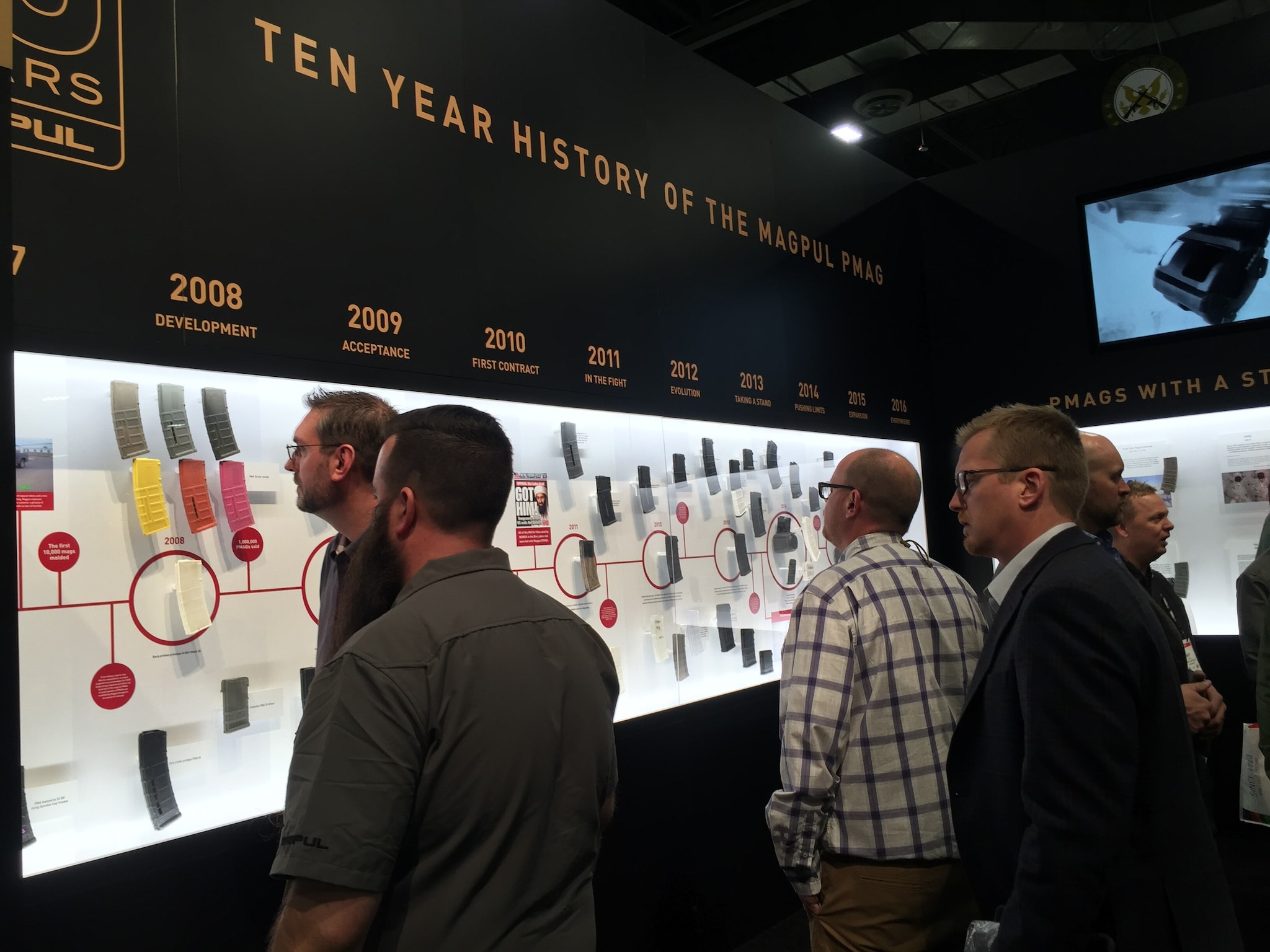 There’s always a crowd at the 10-year anniversary display.

Of course, the company is still looking forward and has spring-loaded a number of pleasant surprises on the magazine front. 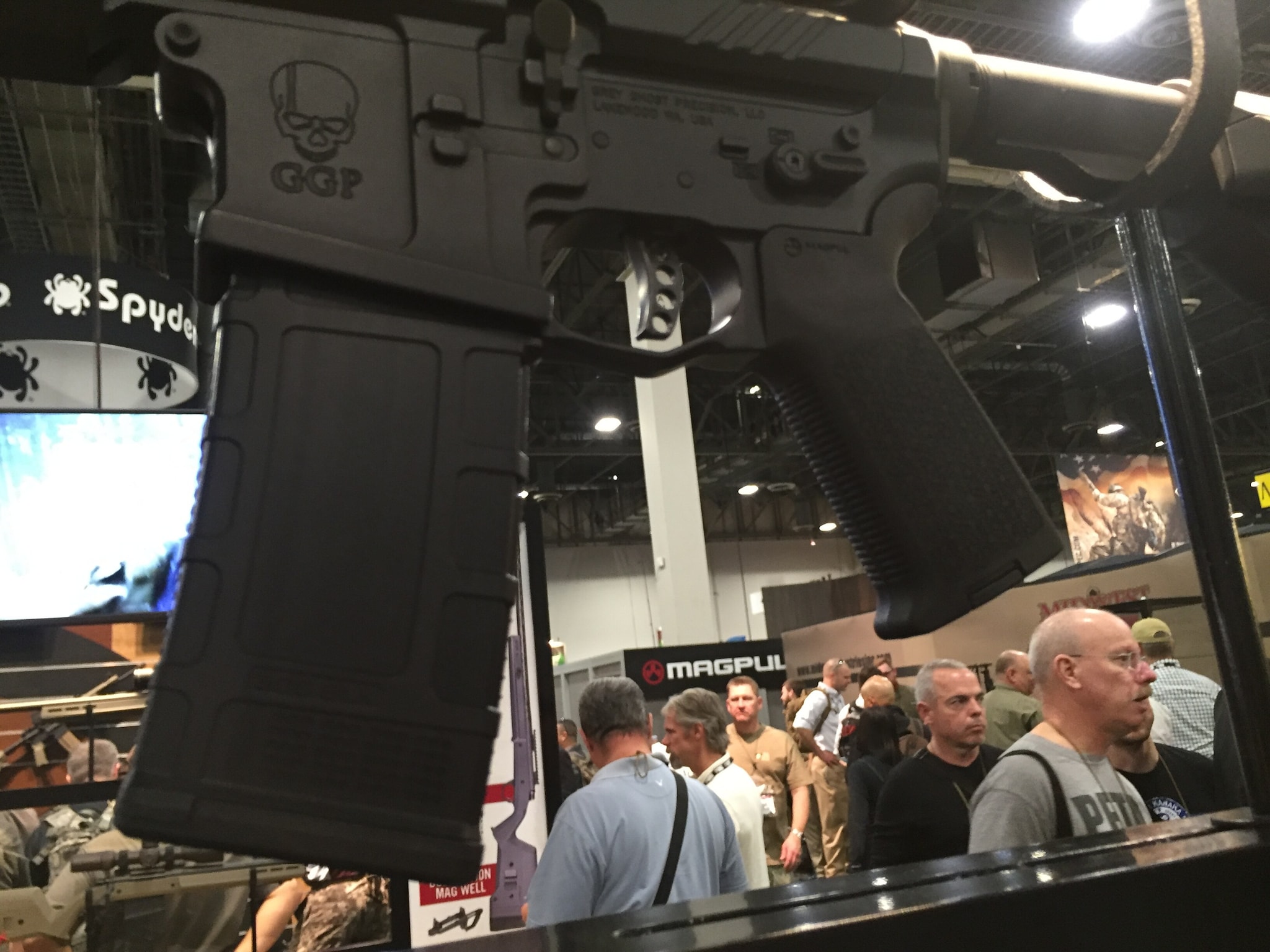 First among the new offerings is a 30-round mag optimized for 300 blackout. It’s molded imprint is more plain in the midsection than the 5.56 NATO model, giving shooters a visual and tactile confirmation that they’re handling the correct mag for the correct barrel. Mapul promises more reliable feeding as well. Currently, only a 30-round version exists. Price: $15.95.

There’s a new color in the traditional 5.56 PMAG. Medium coyote tan, already dubbed MCT in company circles, was developed to fulfill US Army specs that require magazines not be black. It comes in both window and plain configurations. While the troops in green are already using them, other consumers will have to wait until later this spring to buy them at $14.95.

According to a company rep, in December 2016, the US Marine Corps named the M3, or third generation PMAG, as the only one permitted for field use. Traditional USGI mags are now relegated to training-only status.

It’s not just rifle mags the Magpul engineers have been working on. This spring, expect to see the company capitalizing on the increasingly lucrative three-gun market, and to some extent the remaining civilian market, with its growing line of mags for 9mm Glocks. 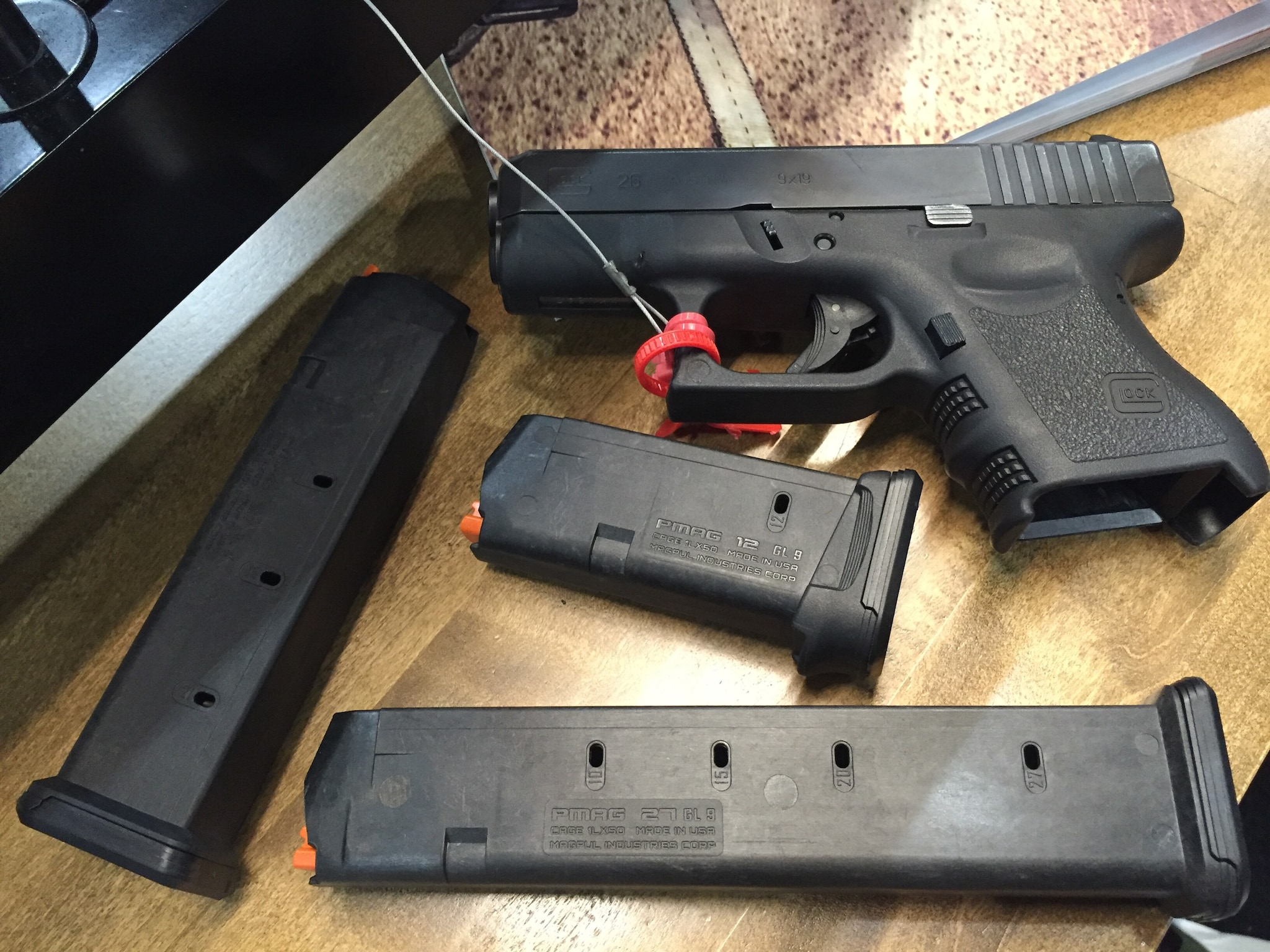 More Glocks will be rocked with PMAGs this year.

The PMAG 27 GL-9 has 27-round capacity; the PMAG 21 GL-9 holds 21. Both have a high-visibility follower. The company promises drop-free convenience and compliance with competition regulations in terms of length.

Concealed carriers who want more range enjoyment from their Glock 26 will soon be pleased to find there’s a 12-round mag for their pistol, called the PMAG 12 GL-9. It has a groove for pinky finger grip. MSRP is $15.95.