Robots, vests and grenades, oh my, at Safariland's booth (17 PHOTOS) 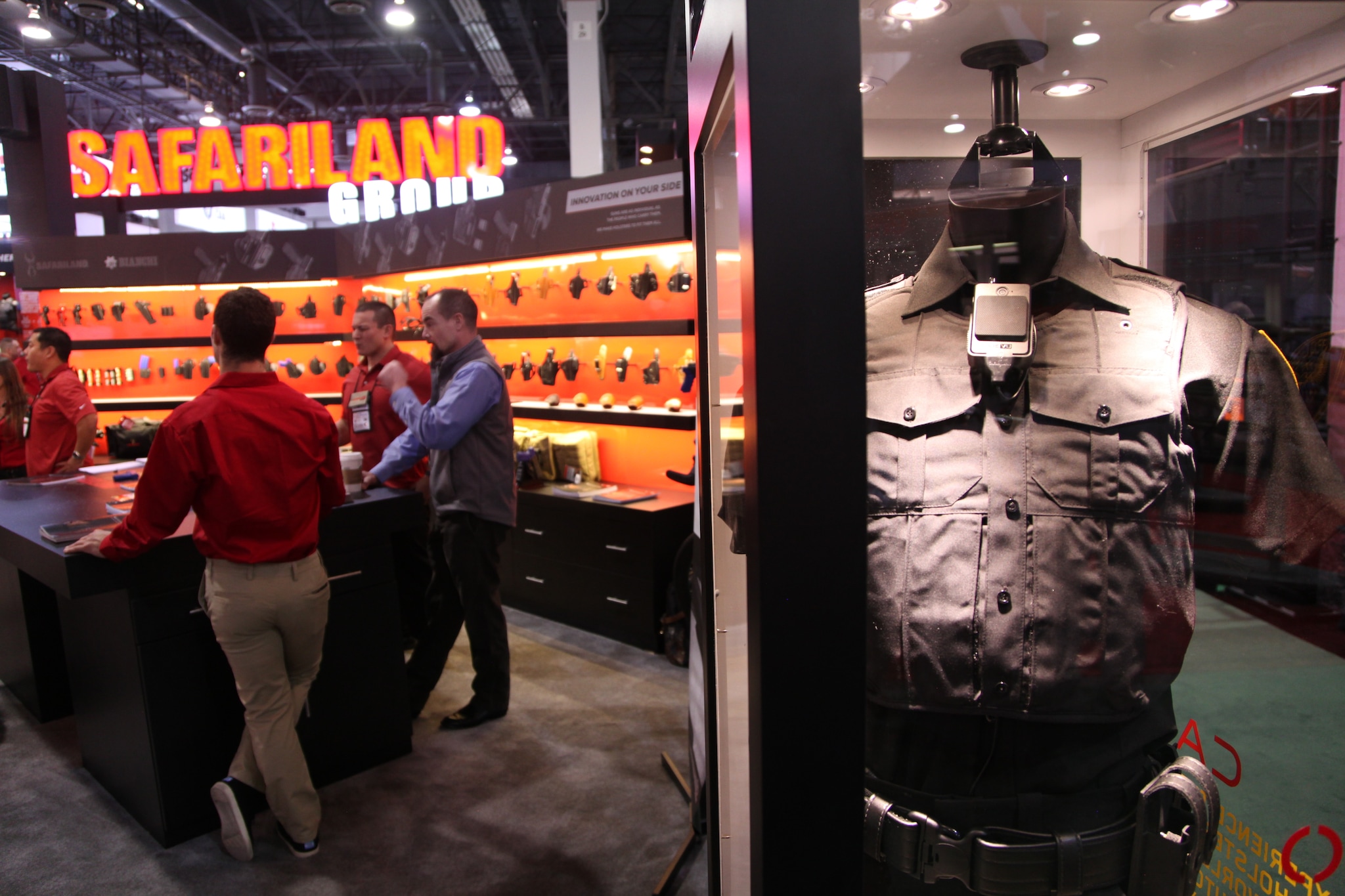 The Safariland booth at SHOT Show 2017 features several items for law enforcement and military use. 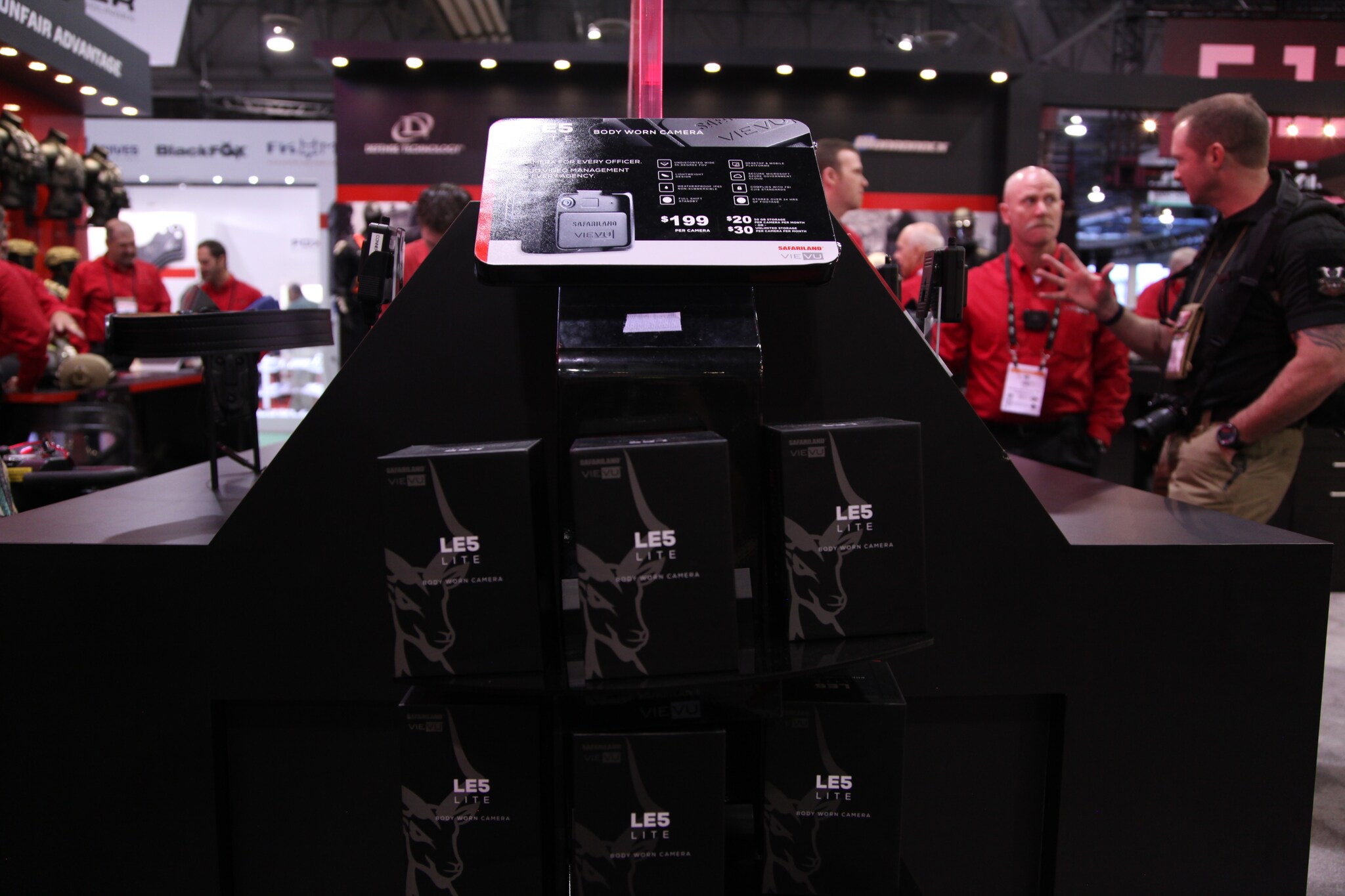 Safariland had a couple body camera options on display, including a new device that’s activated when a gun is drawn from its holster. Click here to view photos of the new device and other cameras on display at SHOT Show 2017. 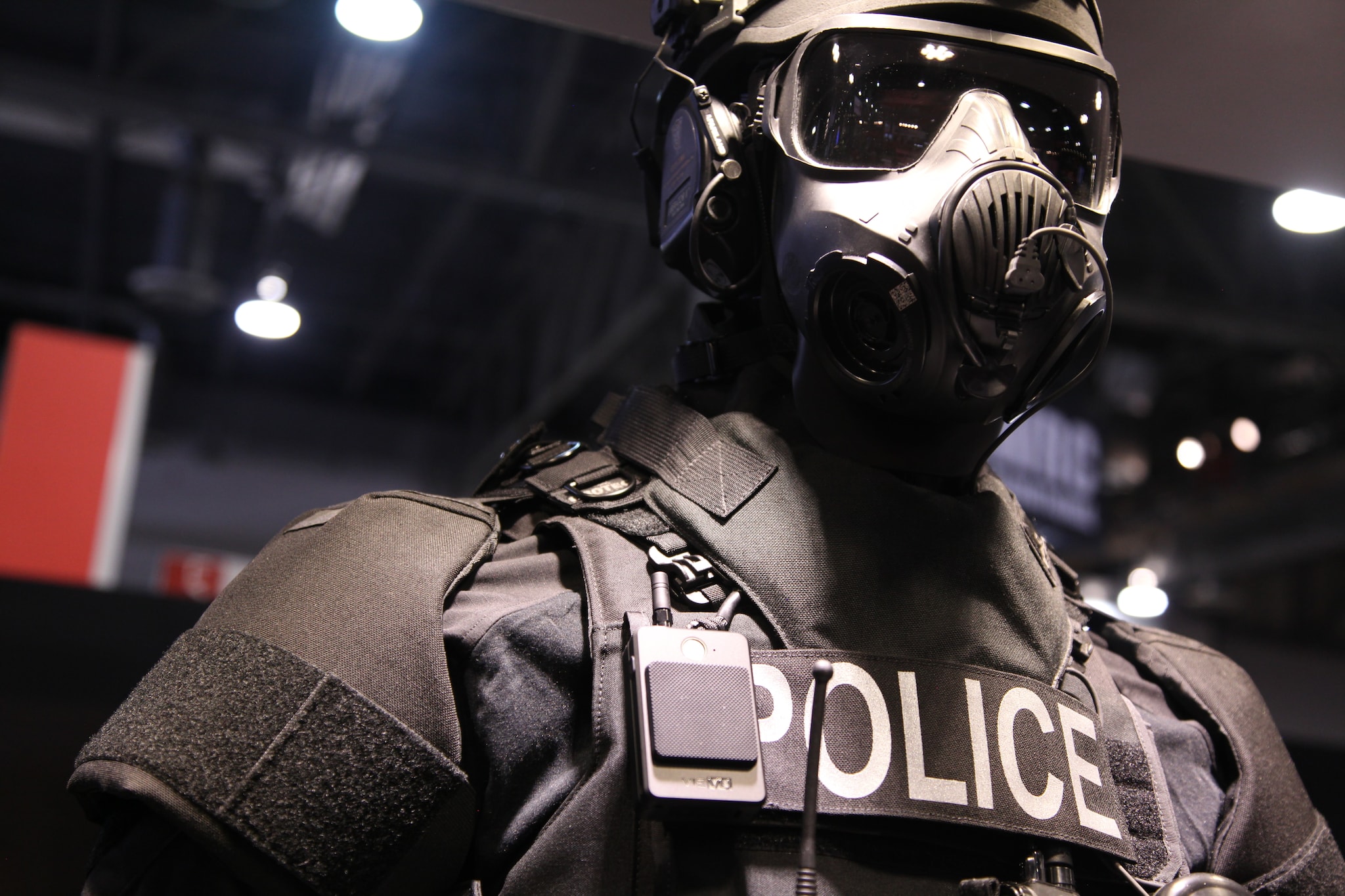 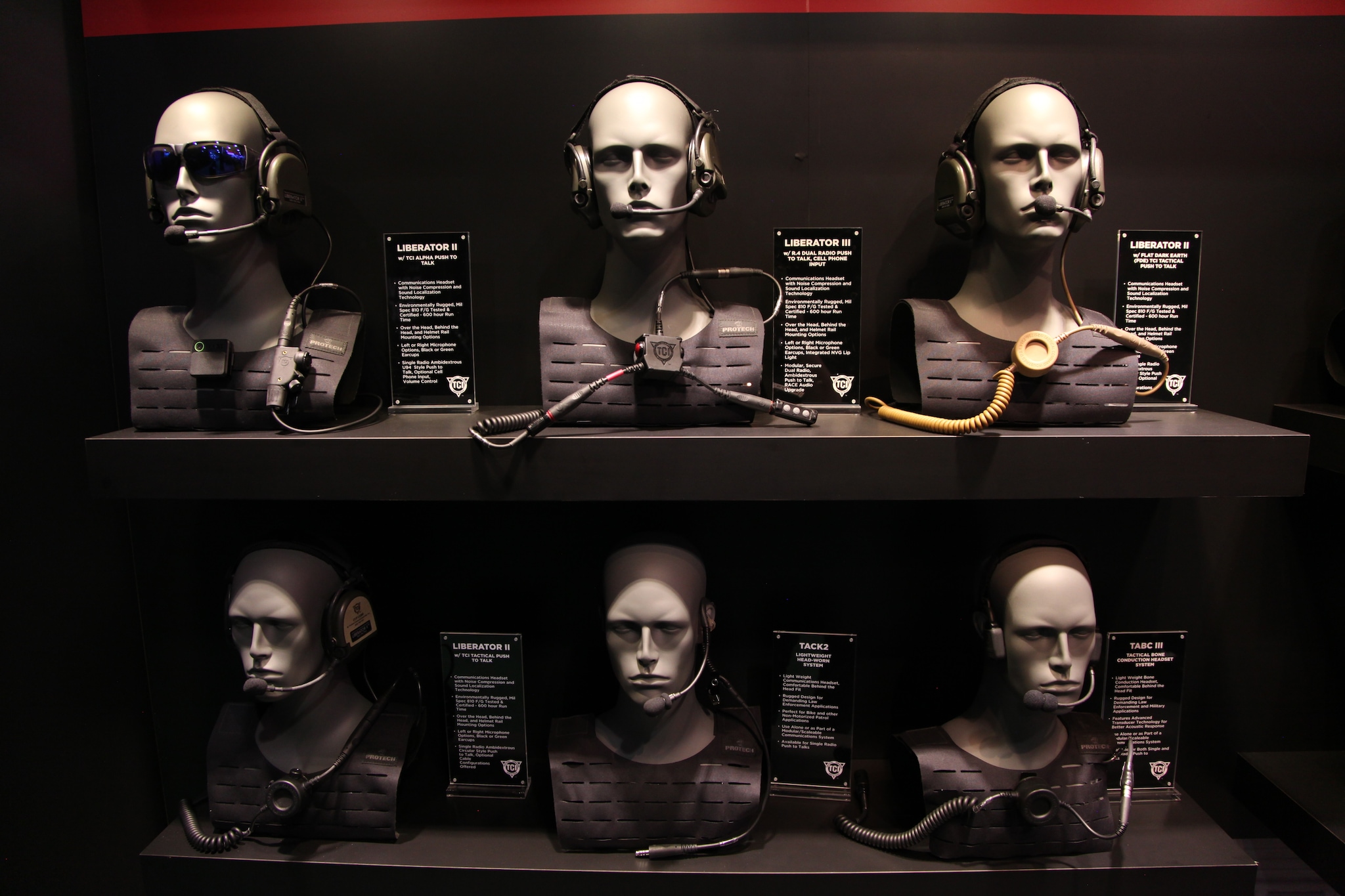 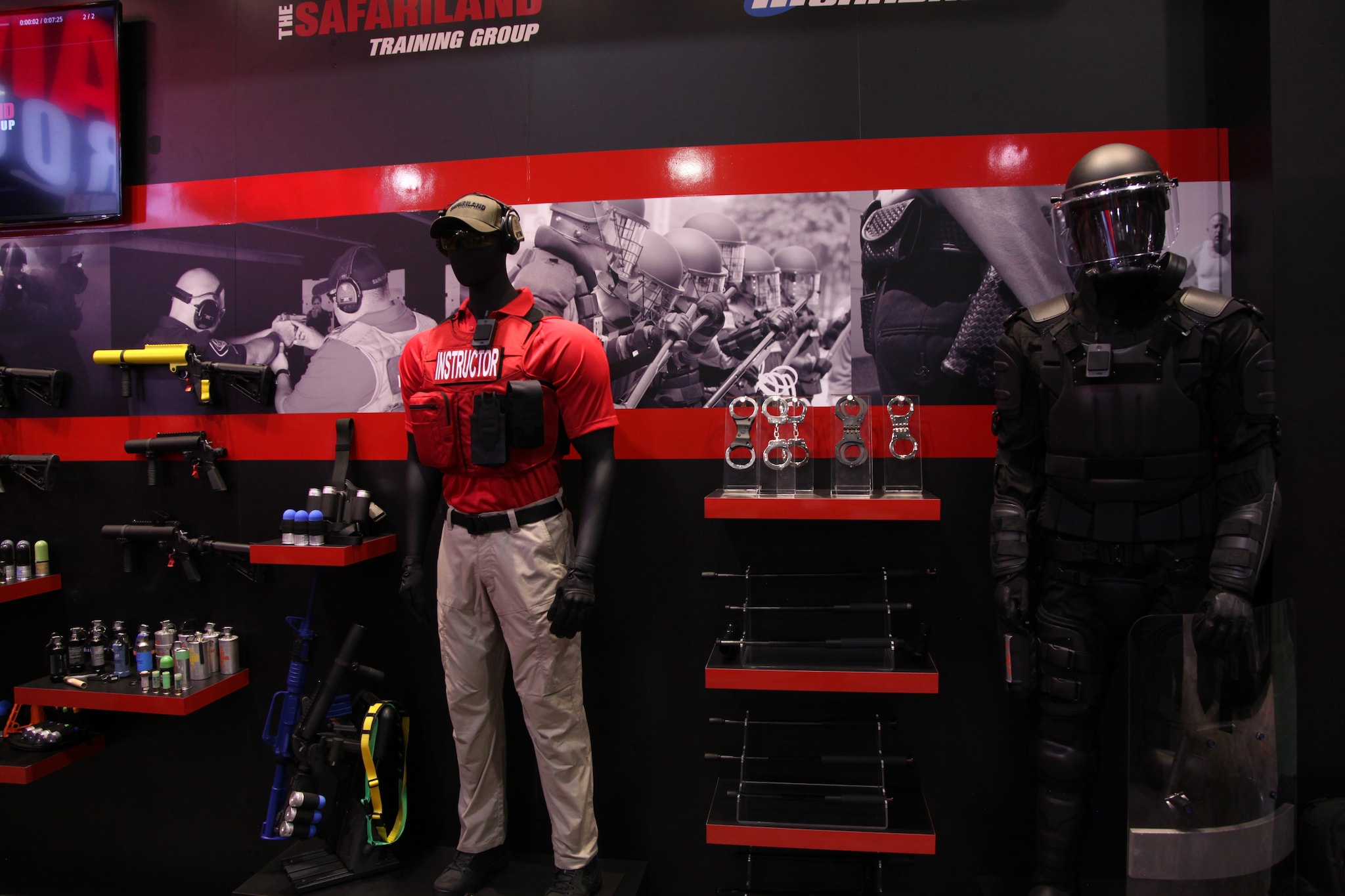 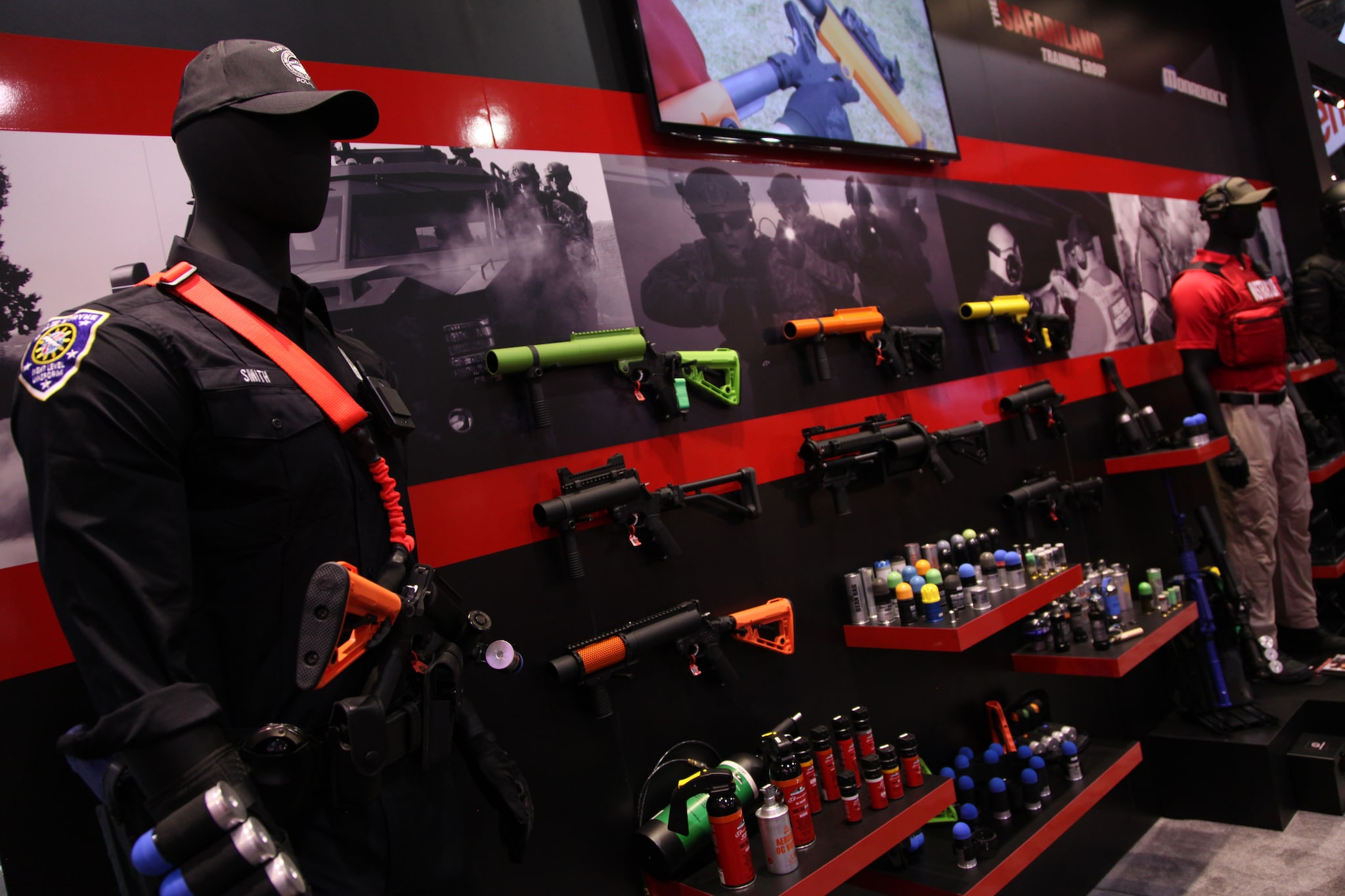 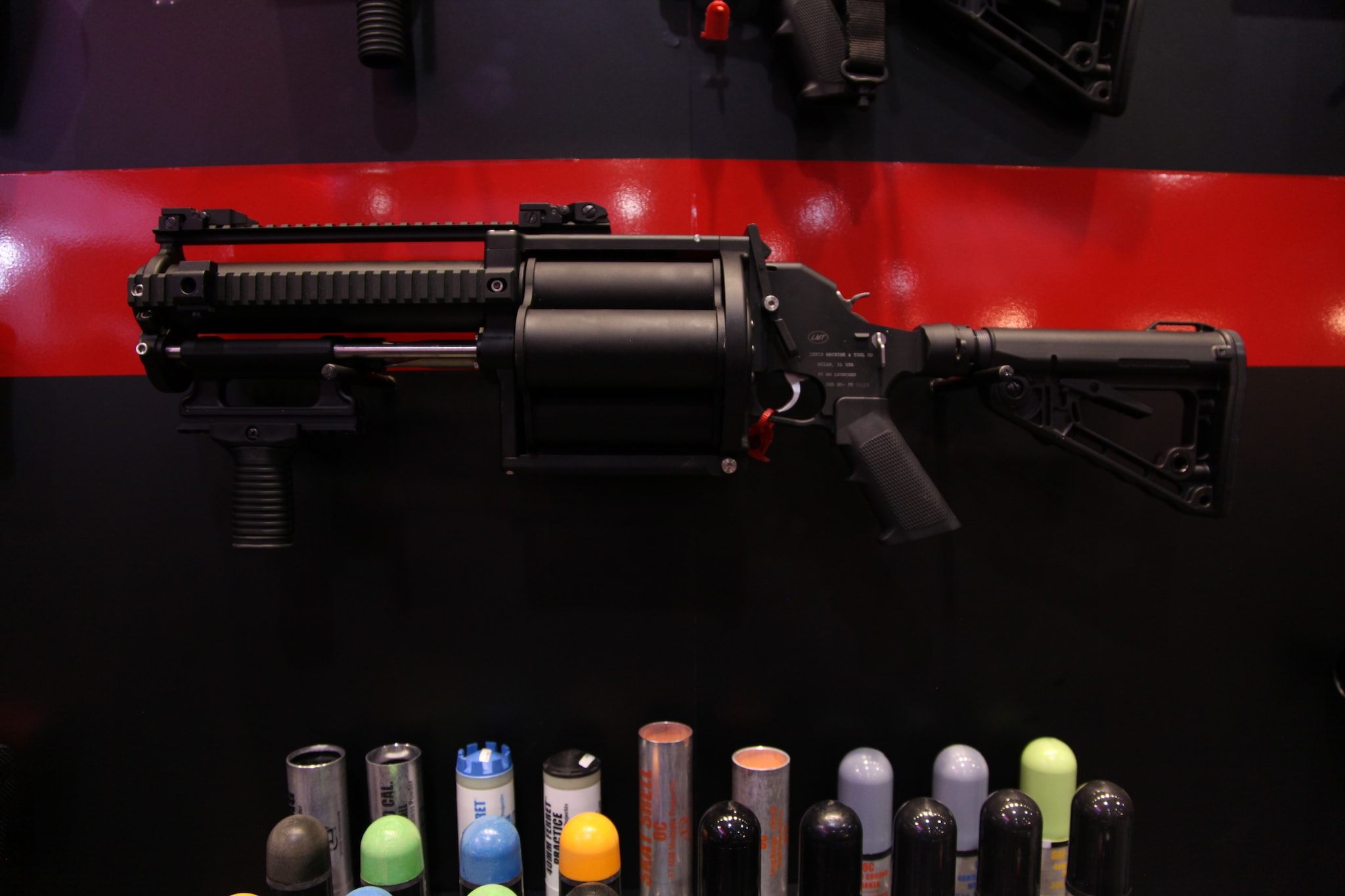 Safariland’s newest edition to their launcher family, the 40 mm Tactical 4-Shot Launcher. Safariland Representative John Kaples says this is the lightest launcher in the industry.

A variety of flash bang grenades, or “distraction devices” were on display. 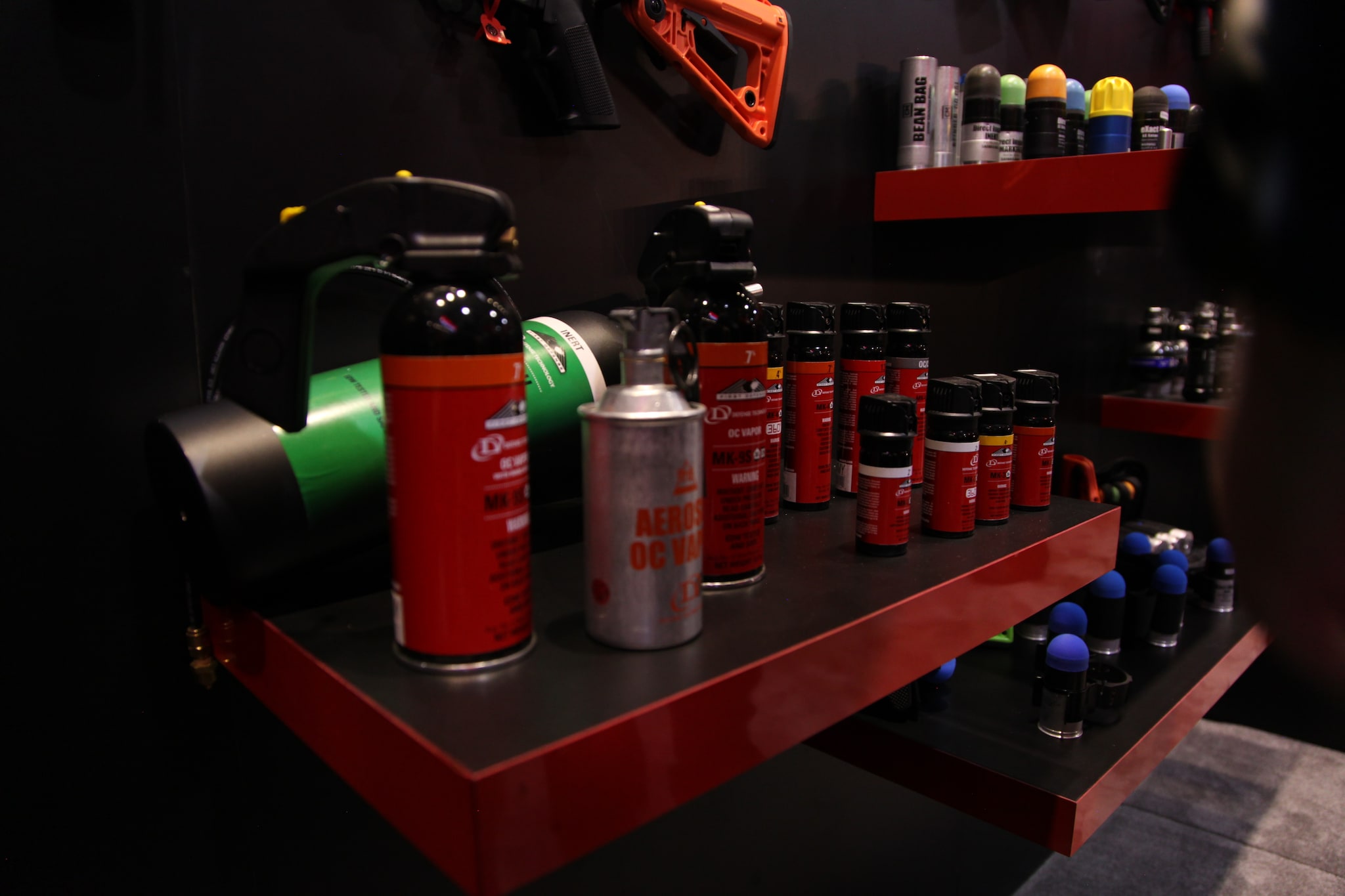 Some OC and pepper sprays in varying sizes and strengths. 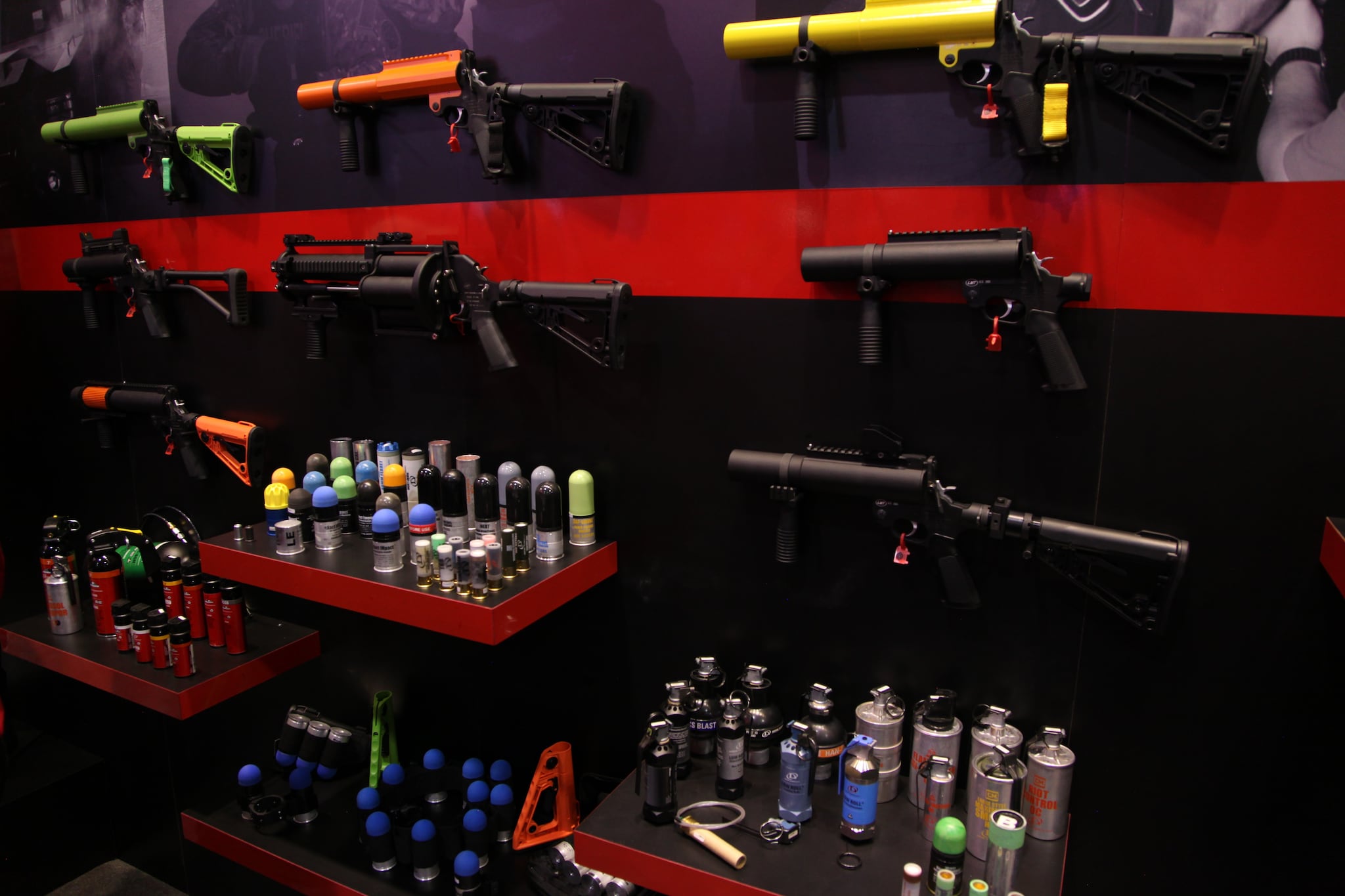 The Avenger robot, a new bomb disposal and tactical robot by Med-Eng, provides police and military teams with a lighter weight option, with similar lifting abilities and features found on heavier models. The unit weighs about 220 pounds and costs more than $150,000, according to a Safariland representative. 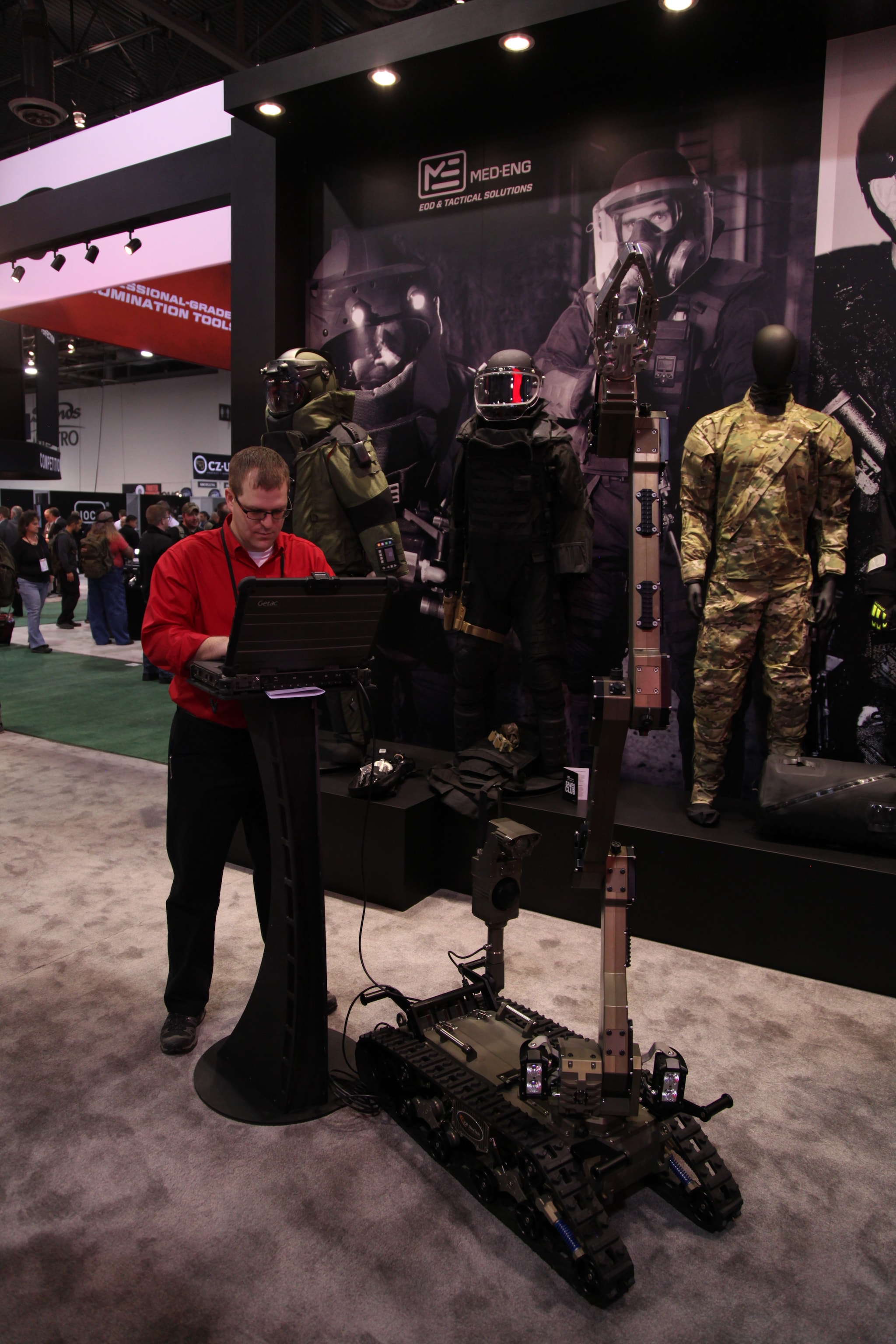 The new Avenger robot from Med-Eng, on display at SHOT Show. 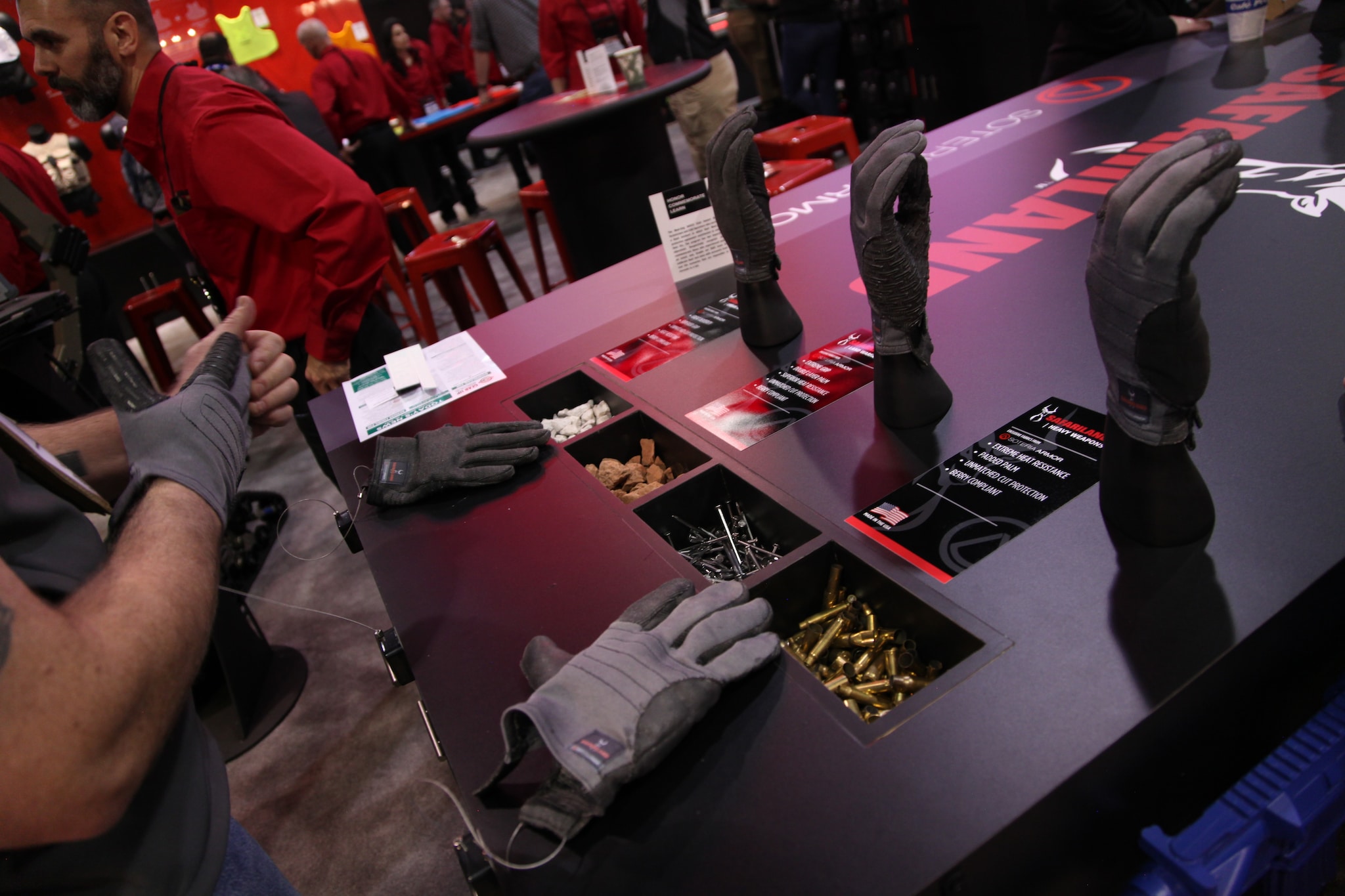 Urban use, land warfare, and heavy weapons gloves were on display. 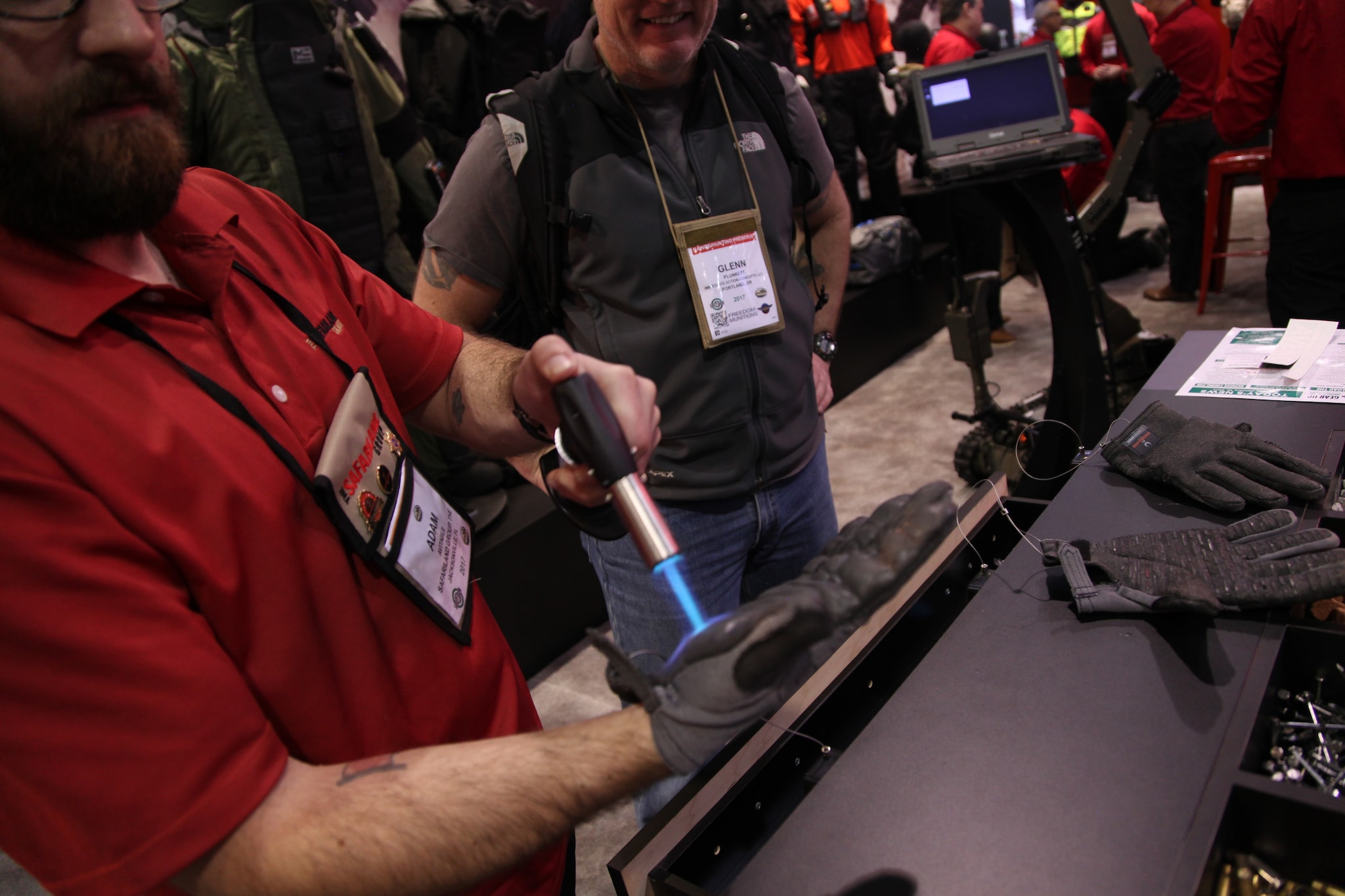 A Safariland representative demonstrates the “extreme heat resistance” of the heavy weapons glove. 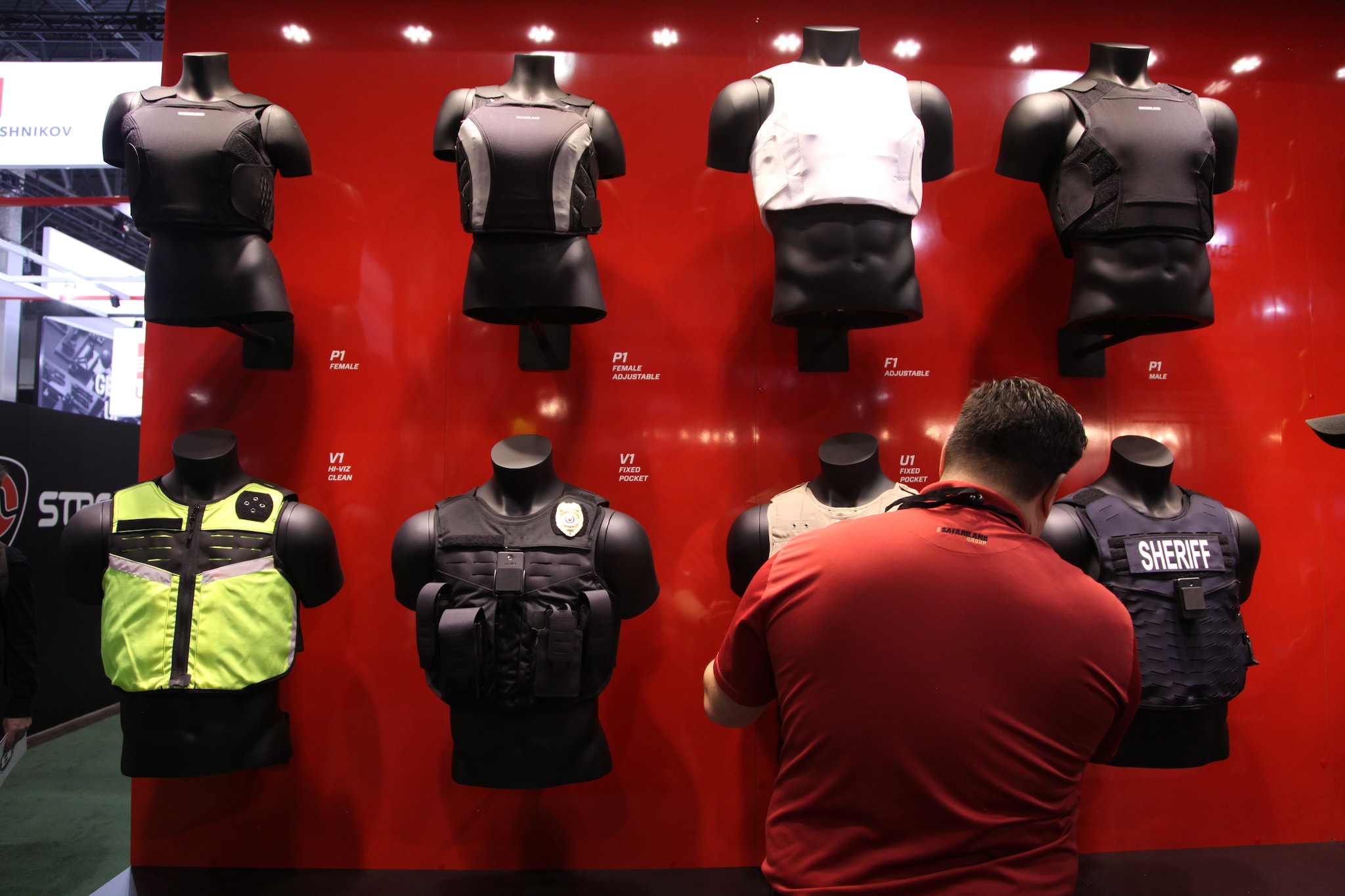 Several body armor options were on display, for men and women. 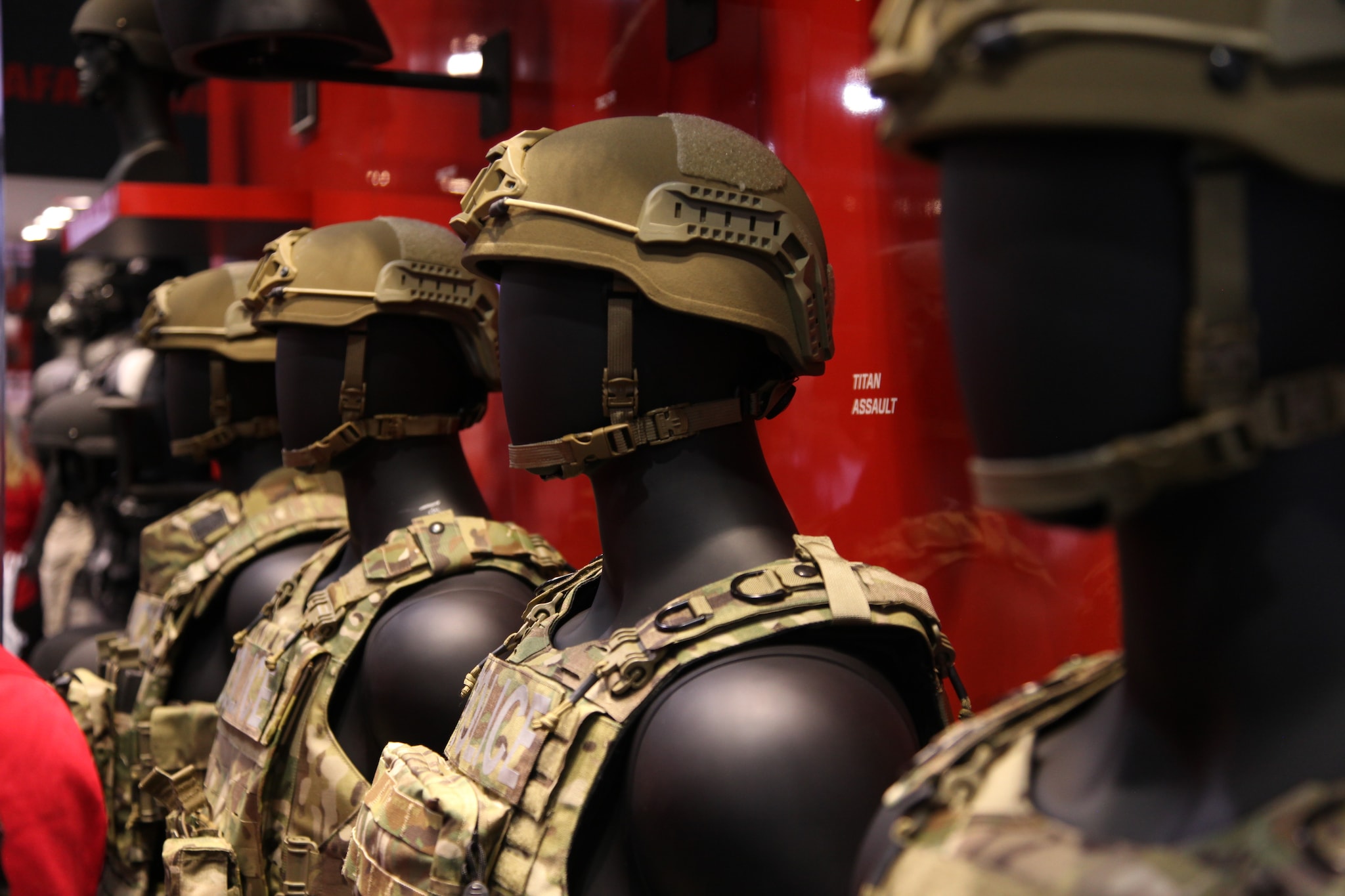 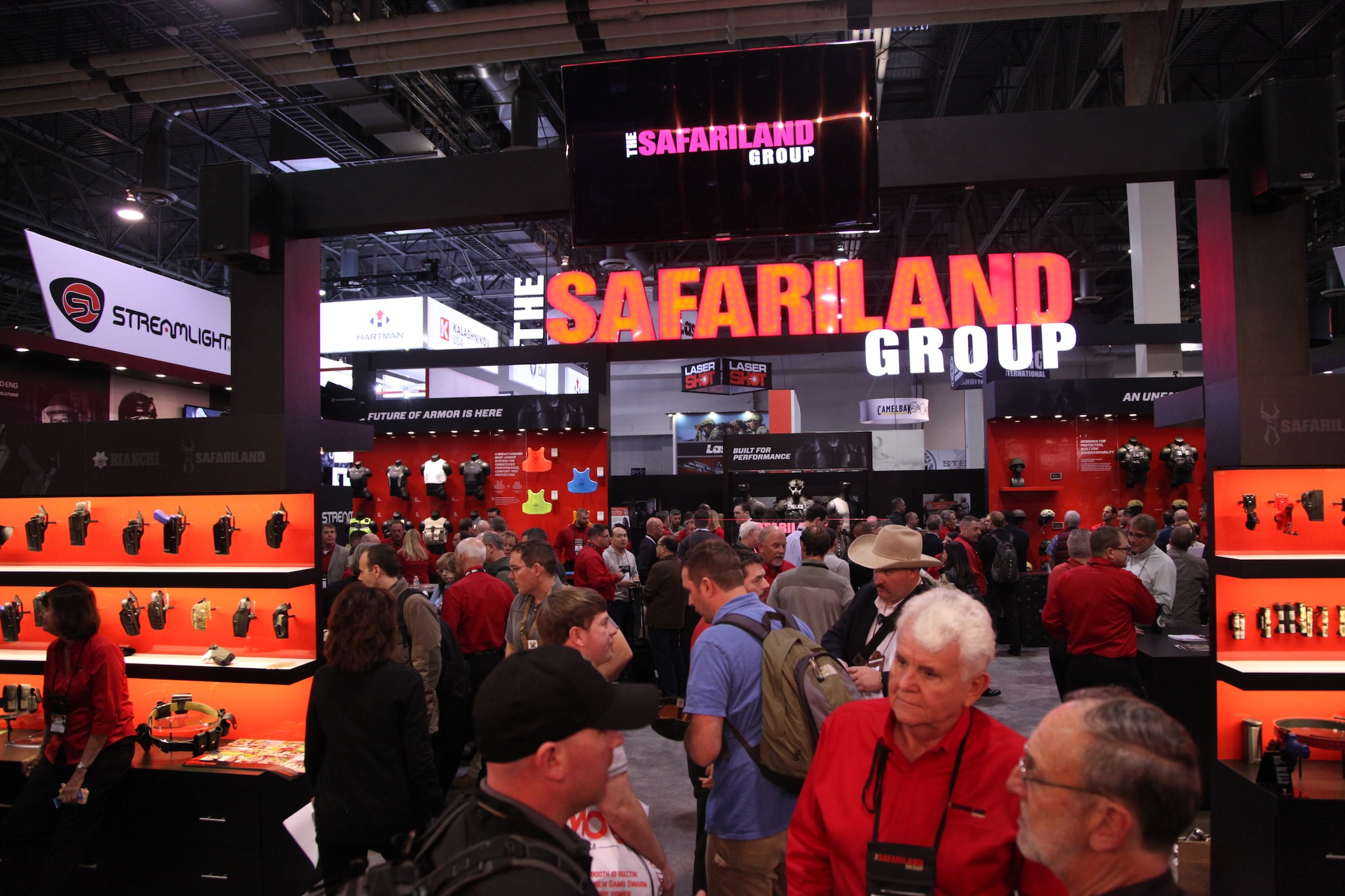 By Tuesday afternoon, the booth was heating up.