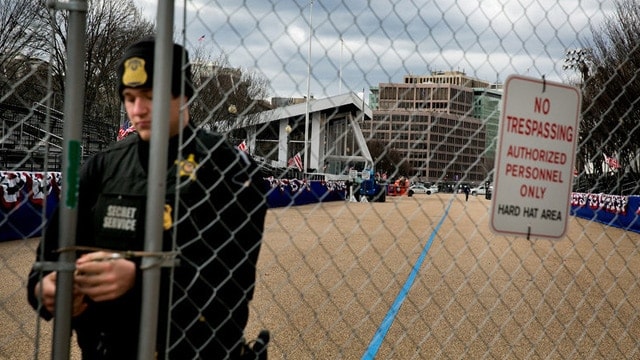 With just one day left until Donald Trump is sworn in as the 45th President of the United States, a plethora of security teams are making last-minute preparations to ensure the safety of everyone involved in the event.

While a large number of protests are expected before, during and after the presidential inauguration ceremony Friday afternoon in the nation’s capitol, there are no known specific, credible threats, according to reports from The New York Times.

About 900,000 people are expected to attend the ceremony and related events, while estimates for the number of protesters likely to show up range from 500,000 to around 1 million.

“Protesters always create a challenge, particularly because they can be a distraction,” said Former Homeland Security secretary Michael Chertoff.

Over 100 square blocks, totaling a little less than three square miles, will be shut down to traffic during the event, while an estimated 28,000 security personnel will be strategically dispersed throughout the area, according to Homeland Security Secretary Jeh Johnson.

Agencies in attendance will include the U.S. Secret Service, Transportation Security Administration, Federal Bureau of Investigation, U.S. Park Police, U.S. Capitol Police, Coast Guard, and local law enforcement. Additionally, 6,200 members of the National Guard from 44 different states across the country will join the 1,300 Guardsmen already in Washington, D.C. for an added layer of security.

Capt. Kyle Leese, with the Michigan National Guard, said the troops will act as “extra eyes and ears” and be available for assisting law enforcement if needed.

“We’ve got to be vigilant, we’ve got to plan, we’ve got to prepare,” Johnson said in a news briefing, noting the most concerning potential threats come from what he described as the self-radicalized, violent extremists, and lone wolf attackers.

“We’re facing a more complex threat environment,” said Paul Abbate, executive assistant director of the FBI. “Just in terms of the types of attacks that have occurred … things we’ve seen happen here in the United States and around the world.”