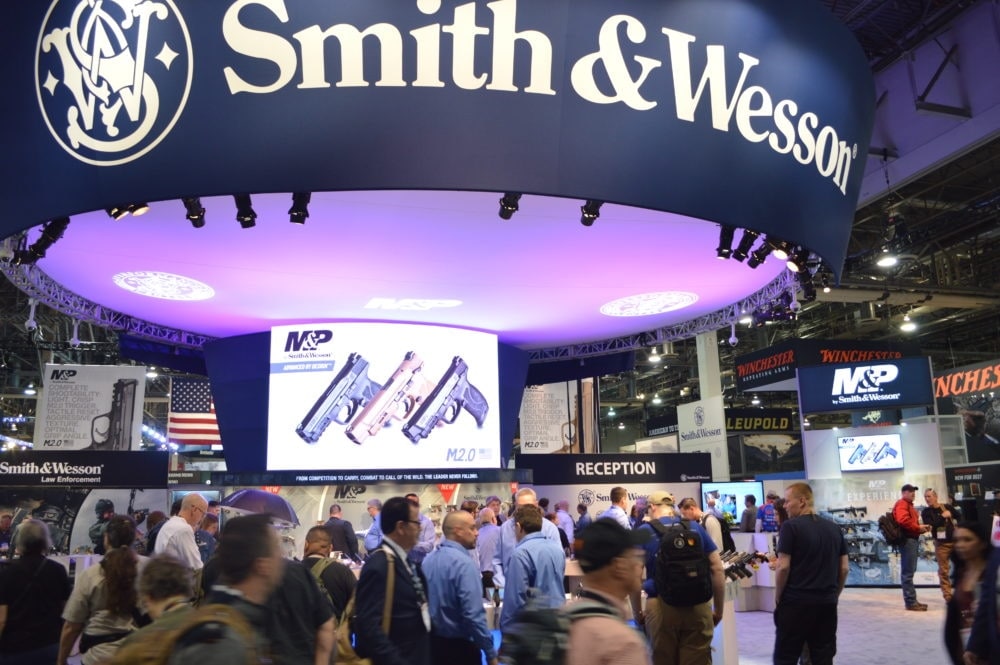 Smith & Wesson was one of the busiest booths on the SHOT Show floor, as they debuted not only the 2.0, but several other handguns as well. (Photo: Kristin Alberts)

Believe it or not, Smith & Wesson’s biggest news has nothing to do with all the holding-company name-change hubbub. The same S&W letters we’ve all loved since birth are still there, and on a whole host of new-or-improved-for-2017 firearms.

The biggest splash at Smith & Wesson, and one of the most popular at SHOT, is the M&P 2.0.  What makes the 2.0 so much better than the original M&P polymer semi-auto?  The M&P M2.0 calls itself “an entirely new platform” showing  improvements to the trigger, grip, frame, and finish. Highlights of the M&P M2.0 pistol include an extended stainless-steel chassis and high grip to barrel bore axis.

What does this all mean?  On paper, the 2.0 should be an even more comfortable shooting pistol with less muzzle rise and quicker re-acquisition of the target. There’s also a crisper, lighter trigger pull with both tactile and audible reset. Available in three calibers—9mm, 40, 45. 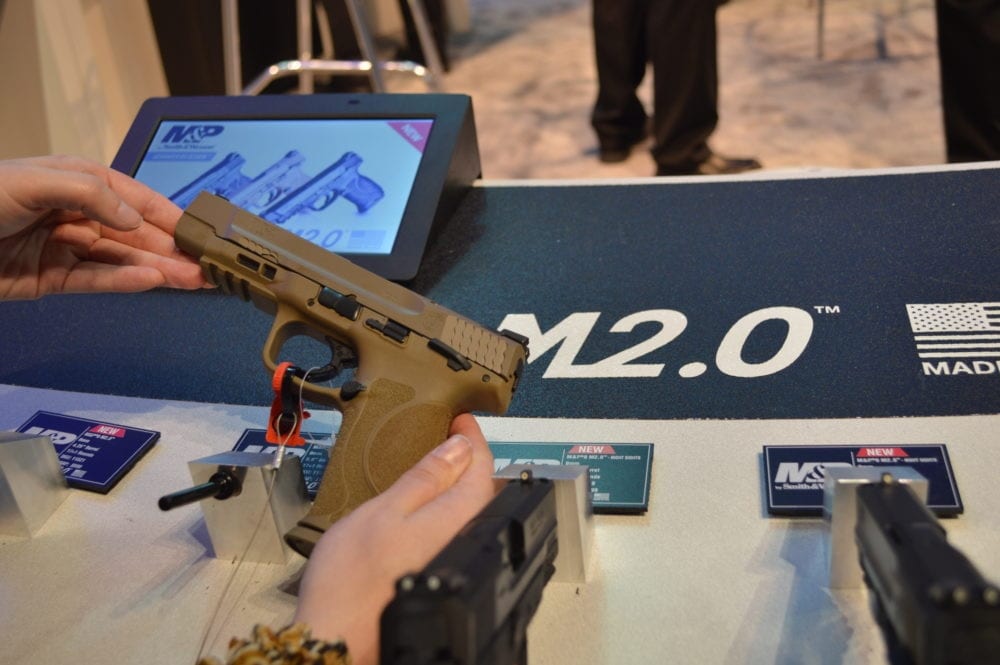 The striker-fired M2.0 ships with two magazines, a much more aggressively-textured grip and four interchangeable palmswell inserts further improve upon the 18-degree grip angle for customizable hold and trigger reach.  Initial offerings are both black or Flat Dark Earth with Smith & Wesson’s Armornite corrosion resistant finish and the M2.0 carries a a limited lifetime warranty and a lifetime service policy. MSRP is set at $599 regardless of color or caliber. Best of all, it’s made in the USA.

Though certainly overshadowed by the M2.0, Smith & Wesson did make several other introductions at SHOT.  Some of the most popular introductions came from the Performance Center:

A Performance Center Model 986 9mm revolver.  This one has a 2.5-inch barrel, holds seven rounds, and includes moon clips.  The cylinder is titanium while both barrel and frame are stainless steel.  The 986 is custom tuned and carries an MSRP of $1,129. 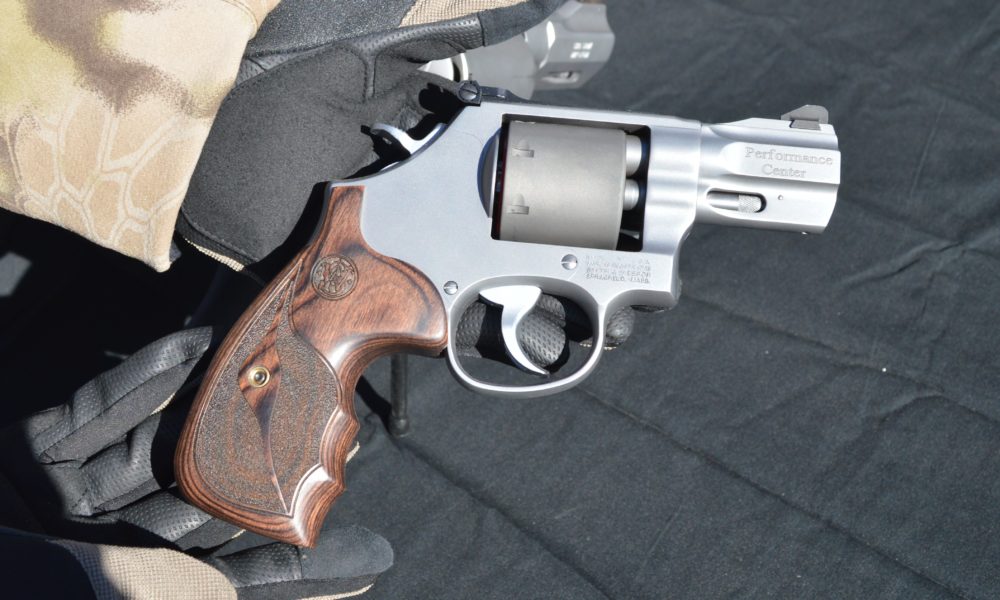 The Performance Center 986 revolver is chambered in 9mm and ships with half-moon clips. (Photo: Kristin Alberts)

The Performance center also added a pair of upgraded .38 Special models with the Performance Center 642 and the 642 Enhanced Action.  Both hold five round of +P ammunition, and are double-action only.  The frames are aluminum alloy with a stainless 1.875-inch barrel. The 642 has synthetic grips with wood inserts while the Enhanced wears custom wood grips with a basketweave checker. MSRP is $536 and $525, respectively. 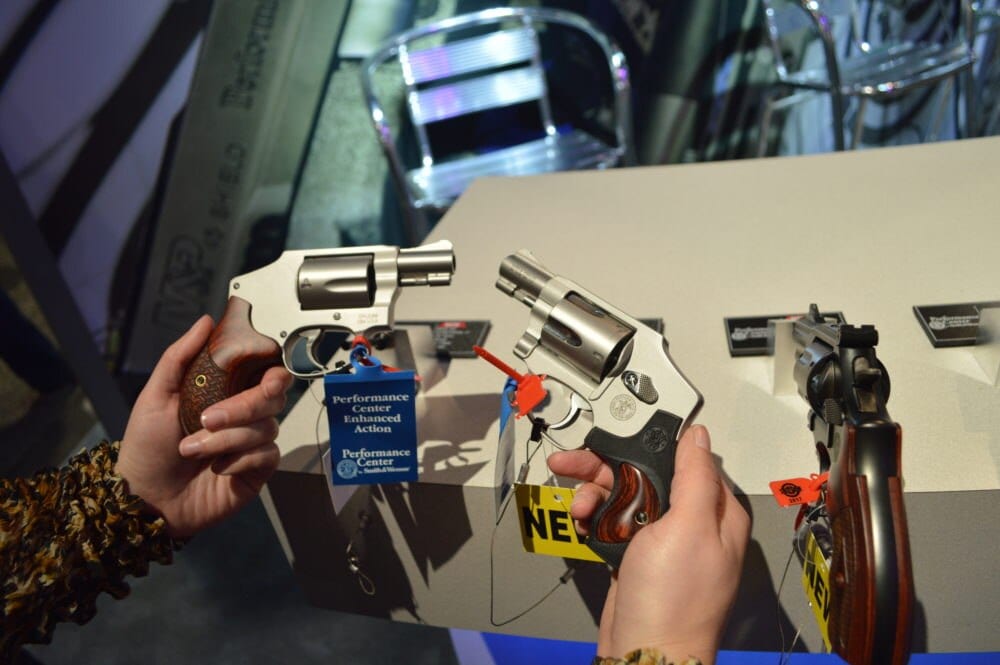 The biggest physical additions to the lineup came in the .460 and Smith & Wesson 500 revolver category.  The company added multiple Performance Center long-barrel models of their heaviest hitting solid stainless wheelguns.   They newbies all wear muzzle breaks, are single/double action, and have both ramp-and-blade sights and an optics rail. 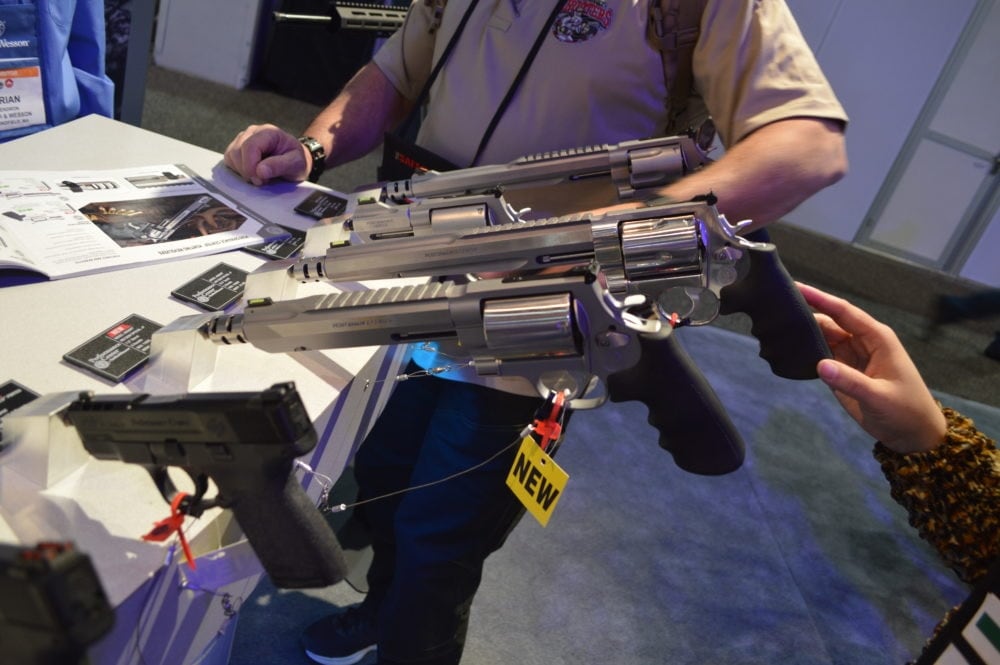 The biggest additions to the Smith & Wesson lineup came chambered in .460 and .500 S&W from the Performance Center. (Photo: Kristin Alberts)