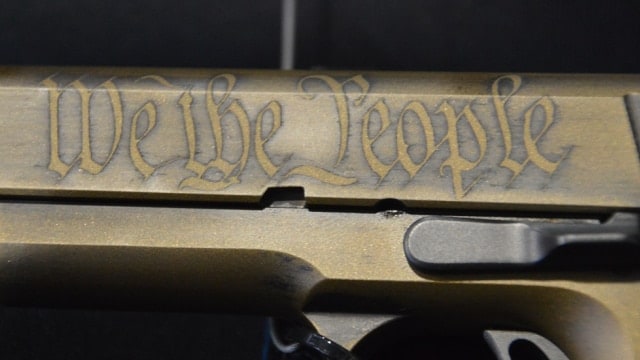 This Constitutional longslide is one of Nighthawk Custom’s beauties (Photos: Chris Eger/Guns.com)

John Browning’s 1911 is perhaps the most American of semi-automatic pistols and the icon was on heavy display at SHOT Show 2017. 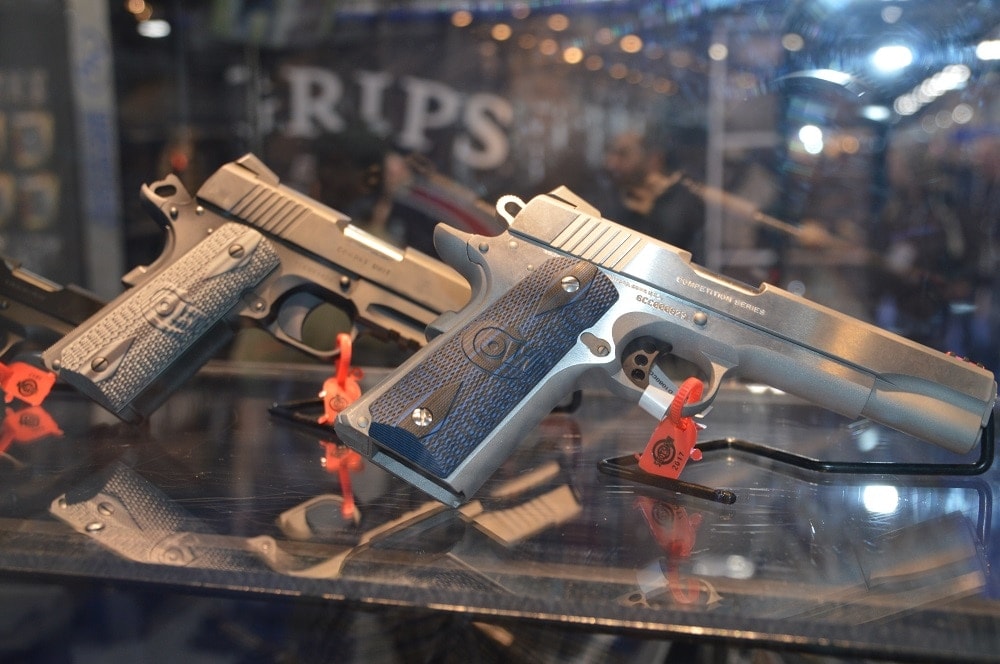 Colt’s newest entries into the long line include the revamped Combat Commander and a Delta Elite 10mm rail gun. 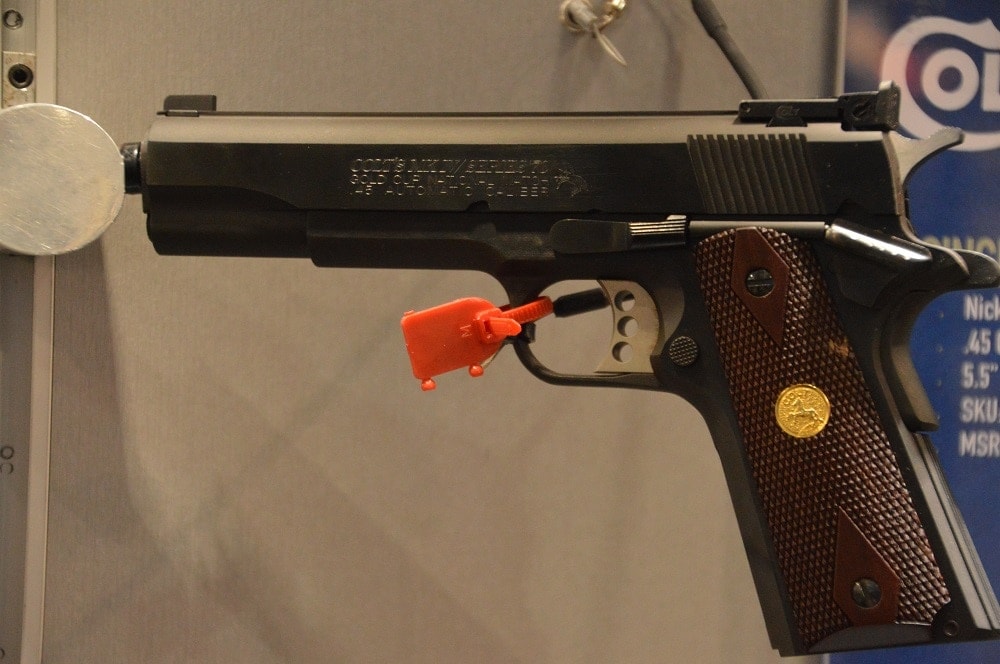 But old standbys such as the MKIV Gold Cup National Match .45ACP are still in the stable 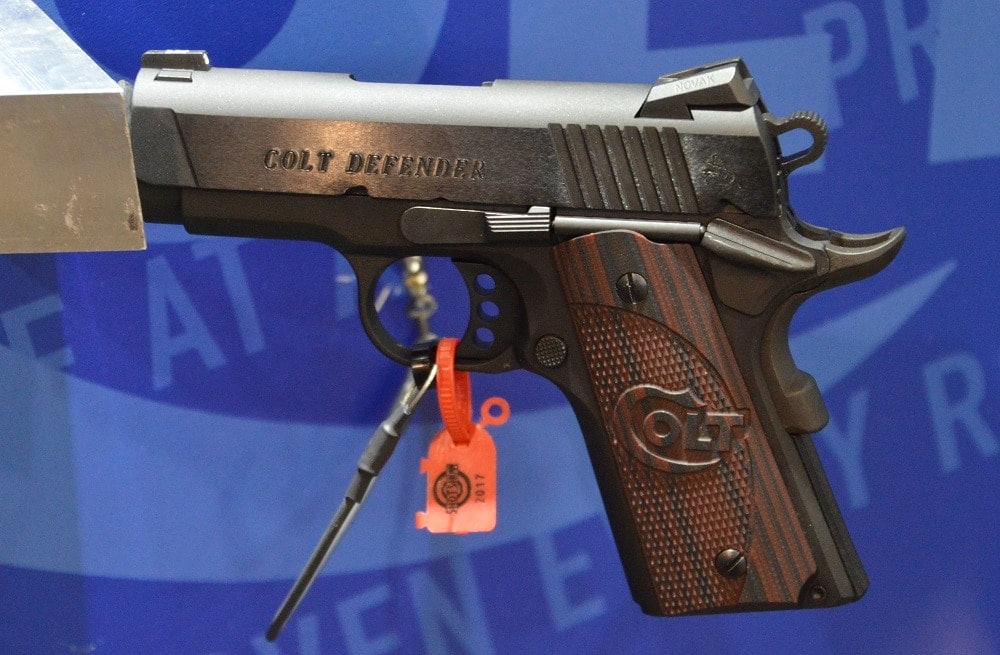 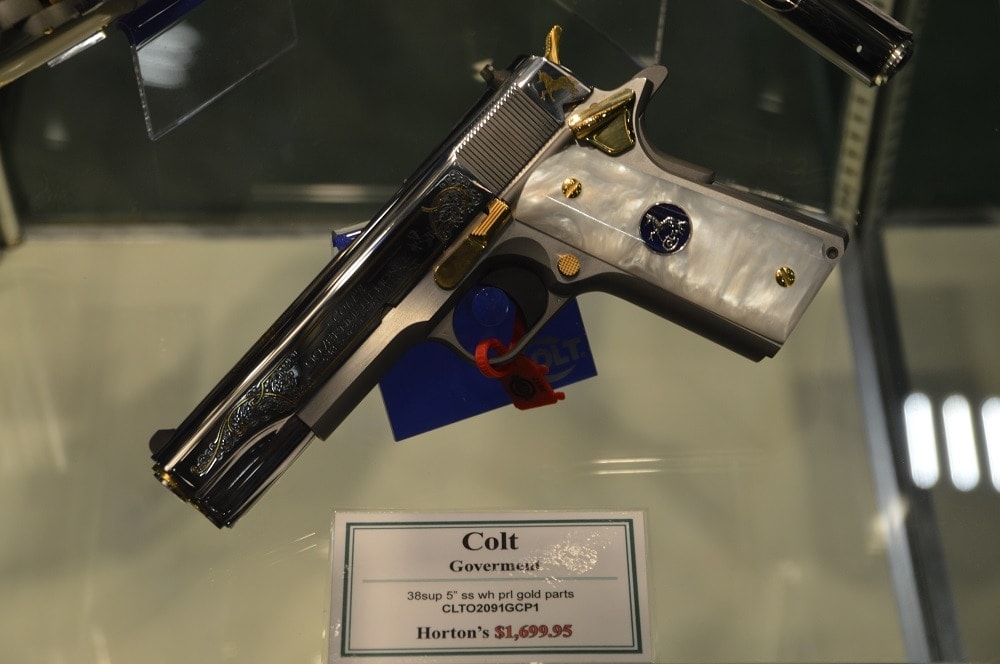 Then again, there is always this .38 Super gentleman’s gun with gold inlays and pearl grips. 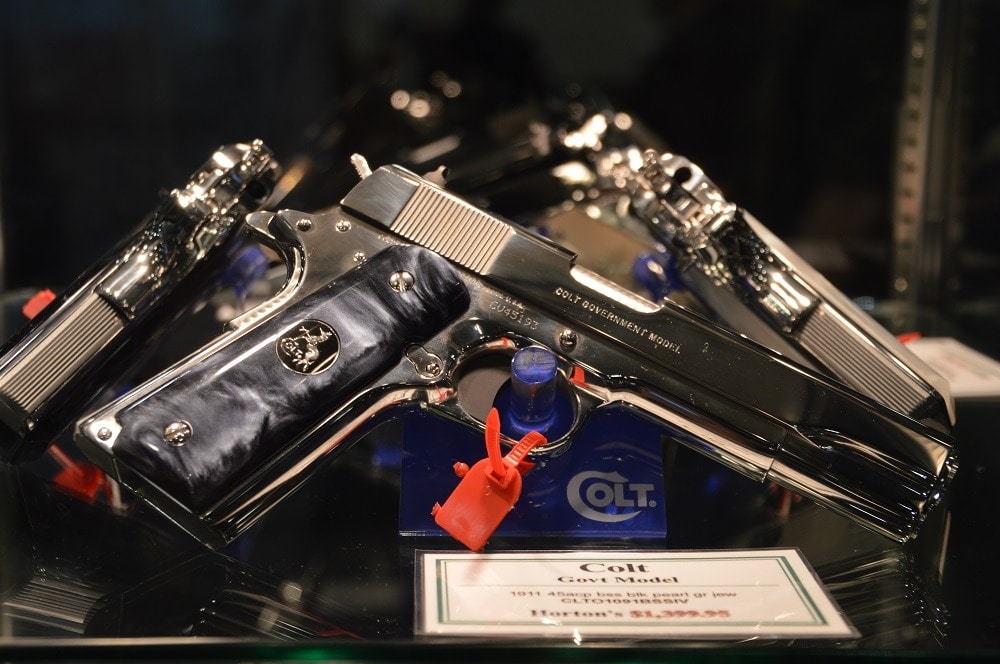 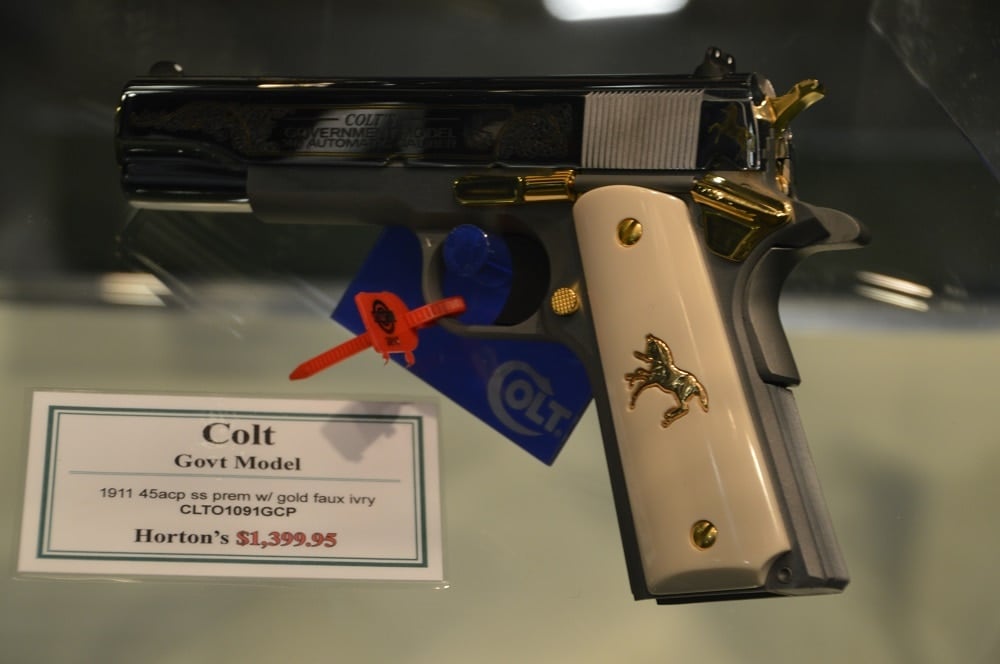 Or stainless with faux ivory. That Patton fella said something about ivory grips once upon a time. 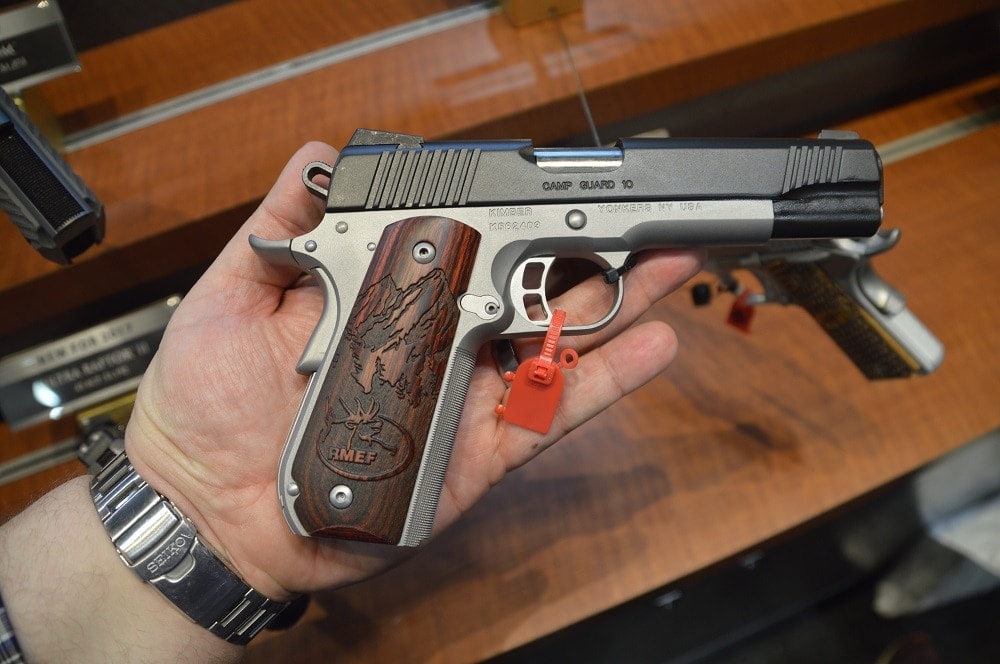 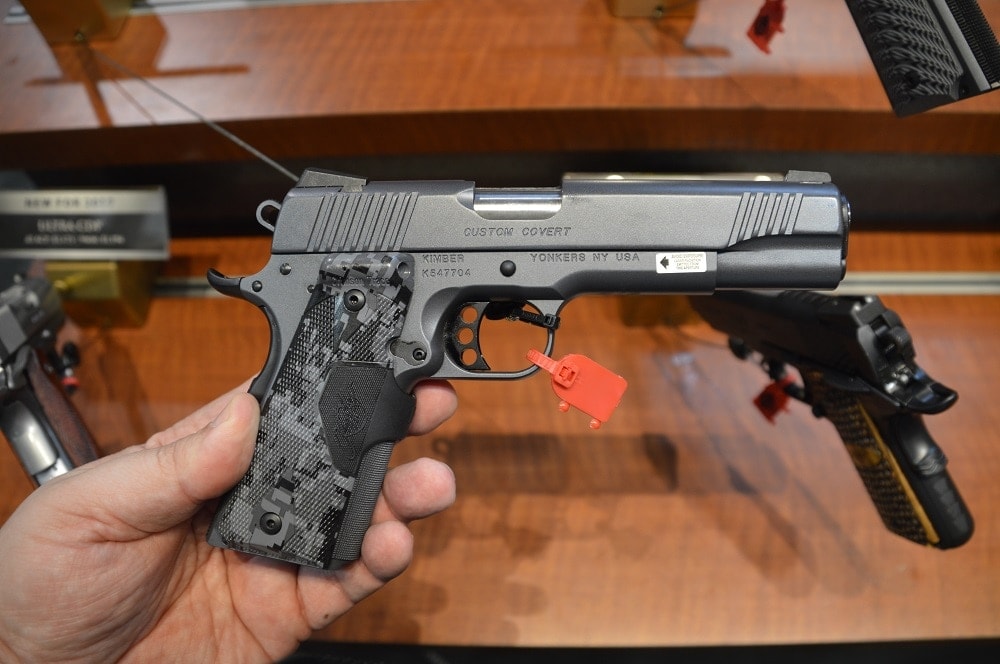 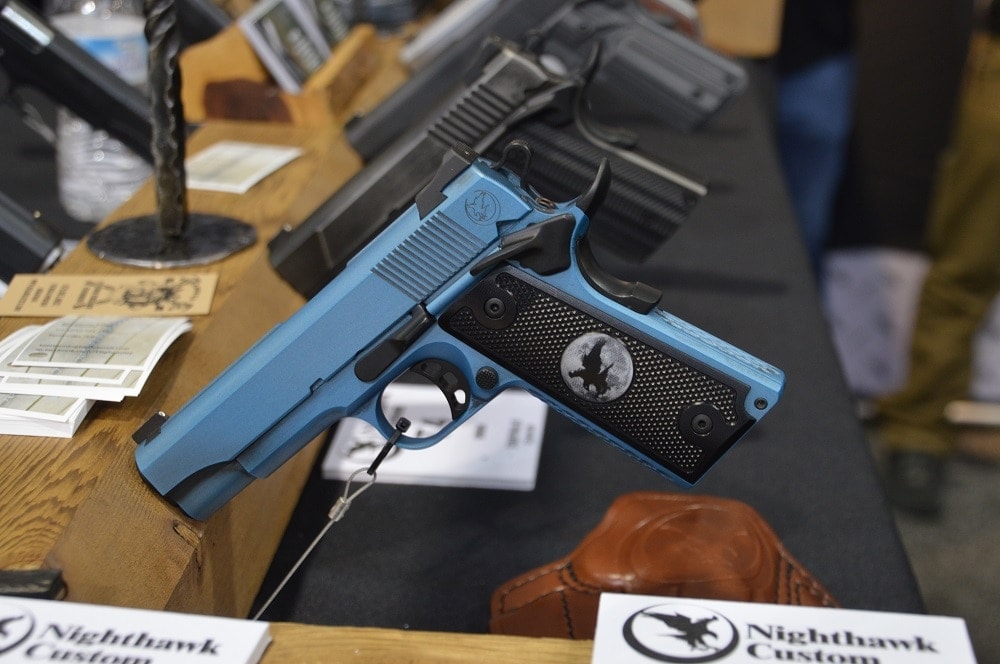 Berryville, Arkansas-based Nighthawk Custom are the Jedi knights of the next-level 1911 experience. 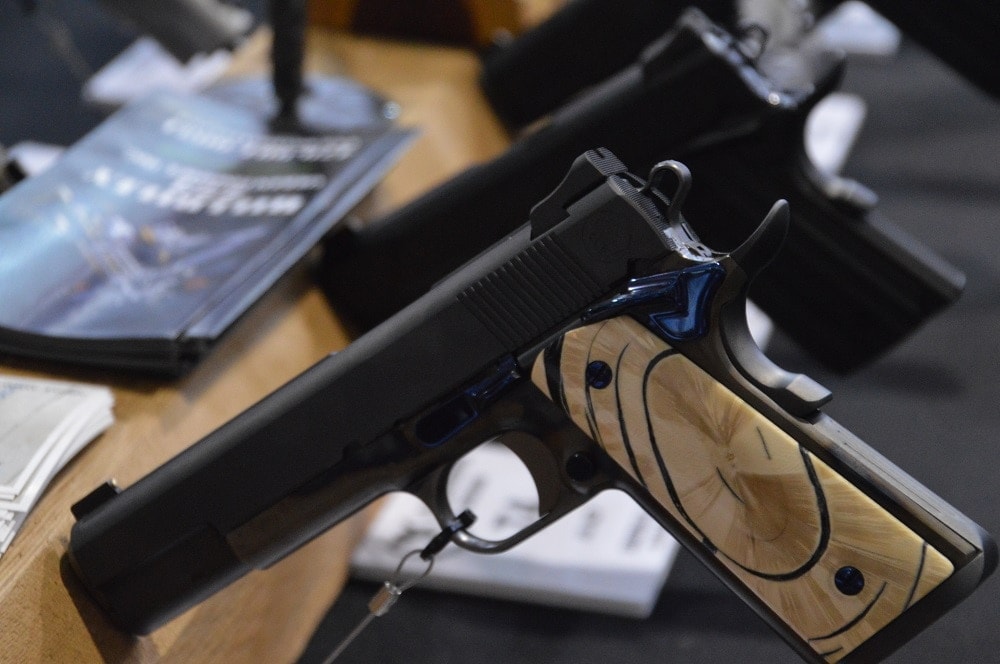 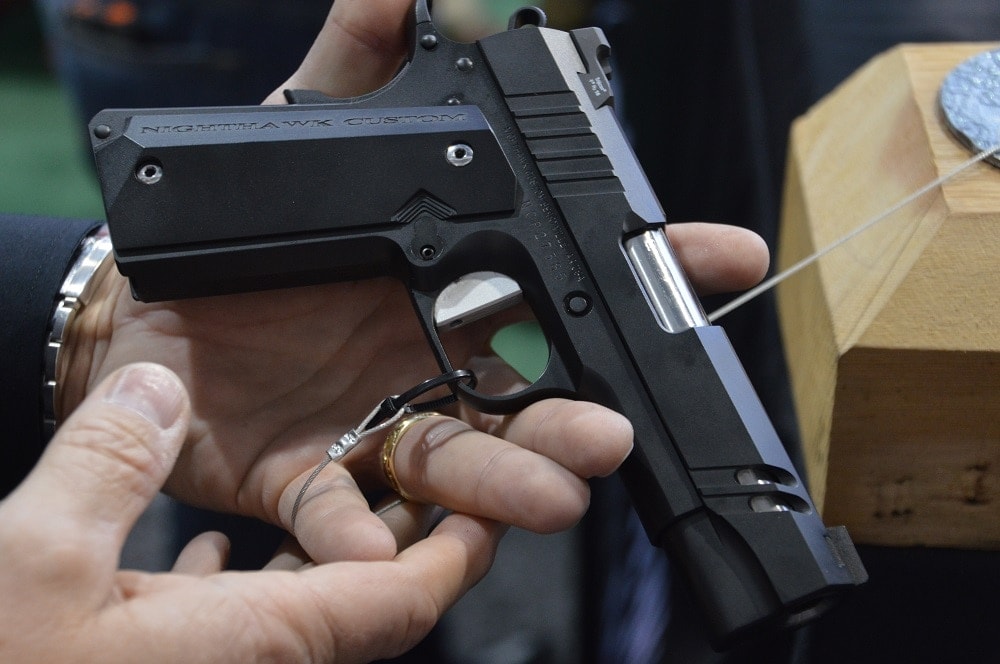 Their new Tri-Cut Carry was formulated by one of their gunsmiths as part of a successful application for the American Pistolsmiths Guild and features a flattened trigger and a very futuristic styling to go along with Heinie Ledge Straight Eight Tritium rear and Nighthawk tritium front sights. 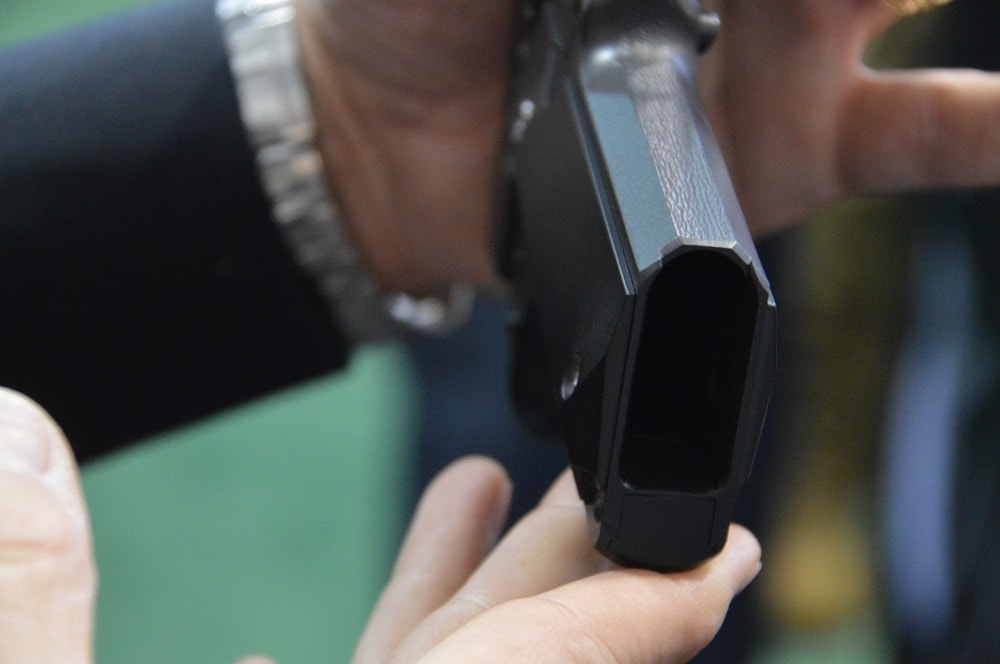 The distinctive tri-cut continues throughout the gun, making the grip more narrow which Nighthawk’s owner Mark Stone tells us has been well received by those with smaller hands. 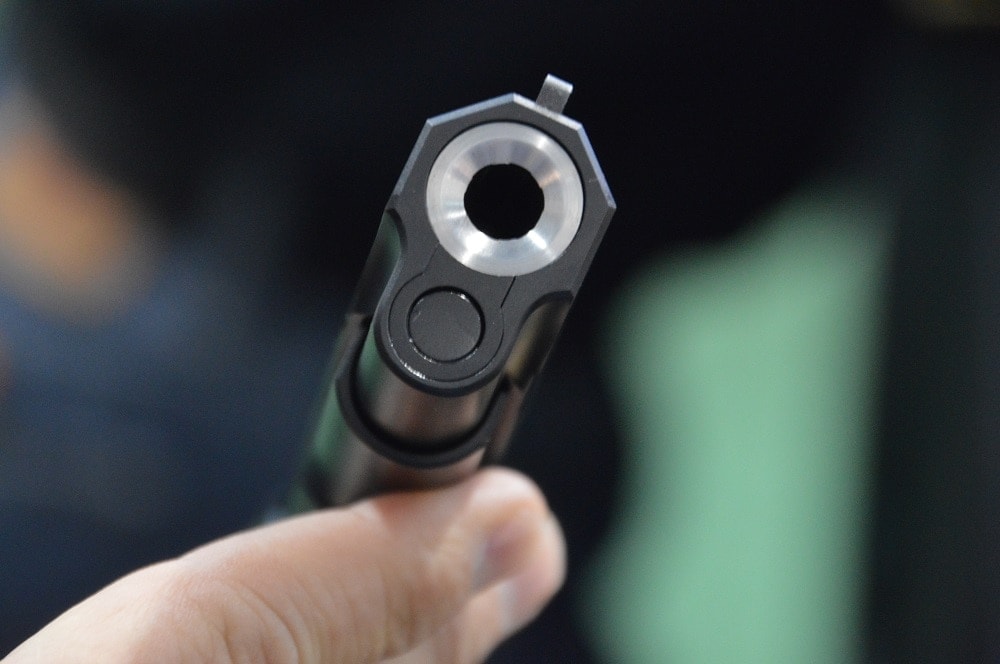 The Tri-Cut has a full-length guide rod with bow tie plug and a semi-crowned barrel that is flush with the bushing. MSRP $4,495. 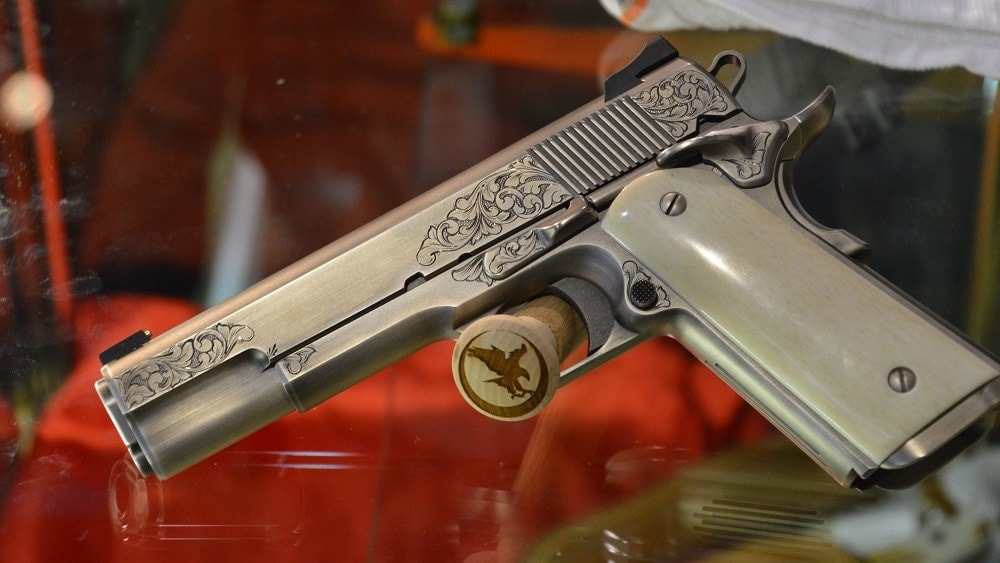 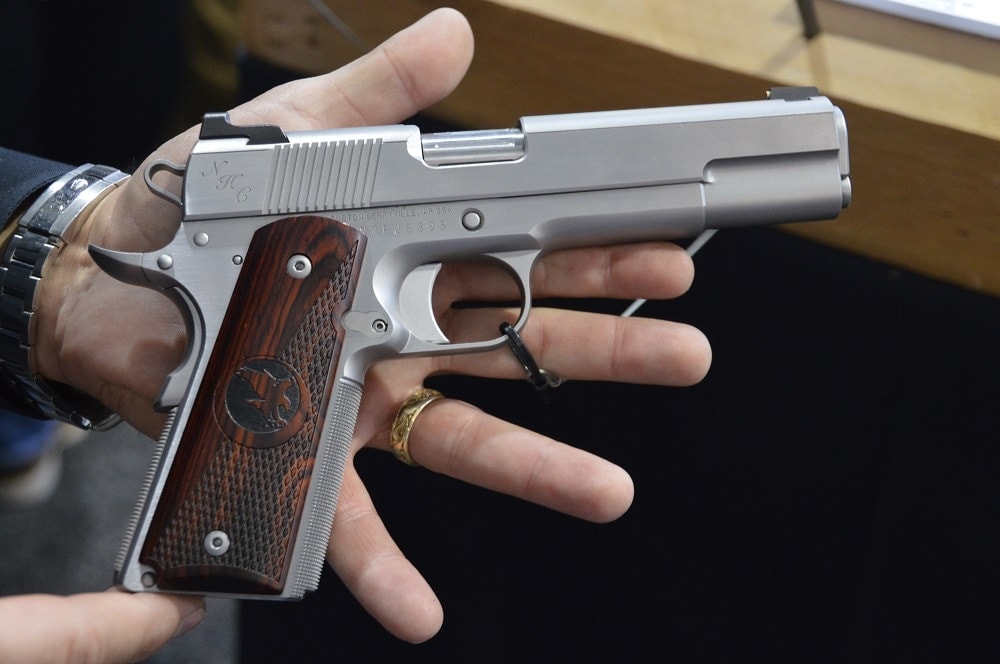 The new NHC Classic, another Guild gun, has a flattened top slide with a French Border and script engraving. MSRP $3,895. 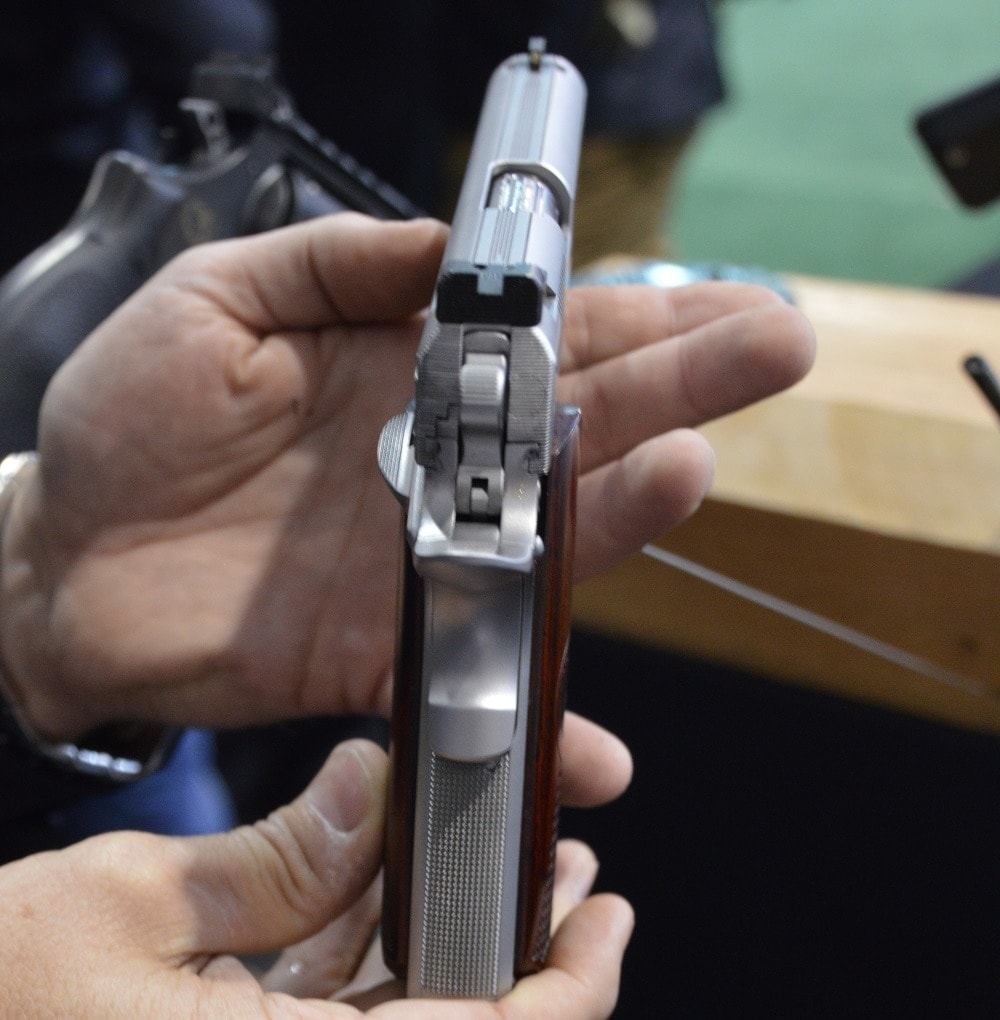 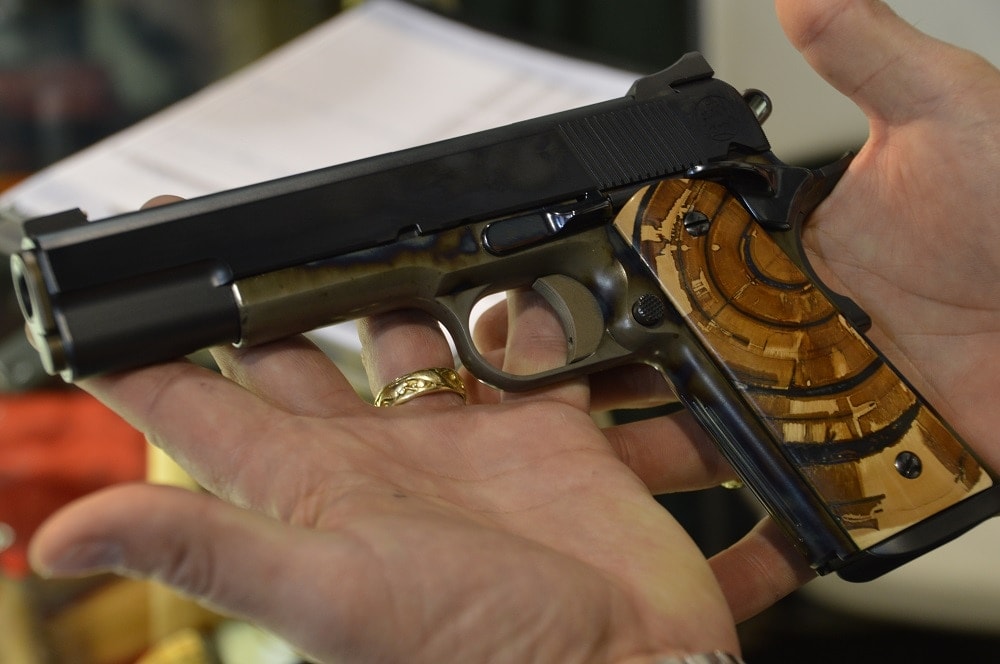 Another new entry for Nighthawk is The Turnbull VIP, or Very Impressive Pistol. The collaboration between Stone and Doug Turnbull of Turnbull finishes produced a limited run of heirloom firearms whose case hardened frame and cross cut mastodon ivory grips vary from gun to gun, making each one unique. 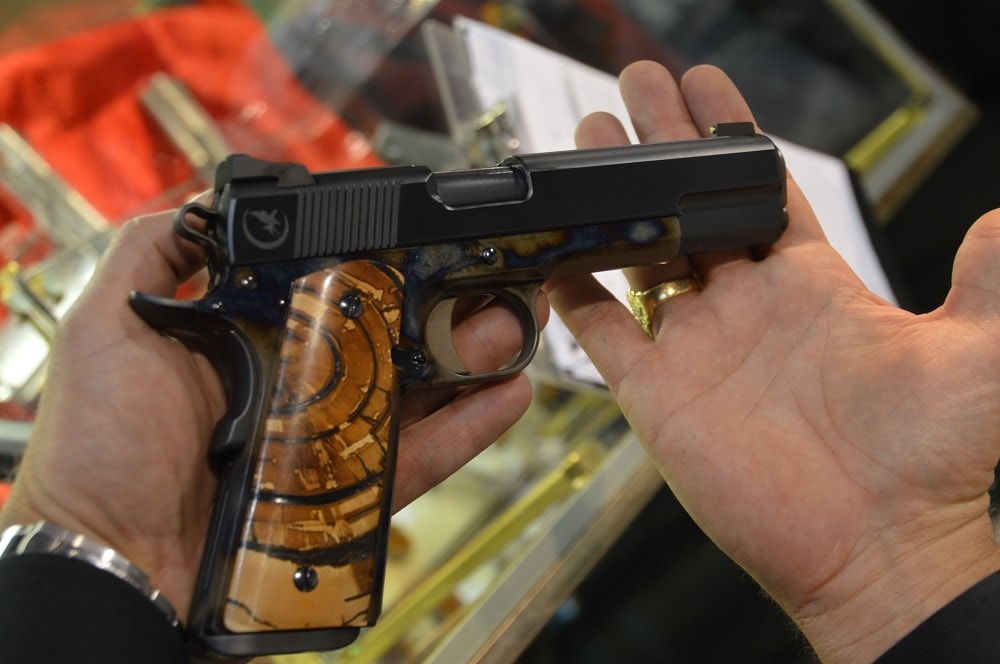 Crowned barrels, custom triggers and a complete dehorning make the guns not only beautiful but functional as well.

Nighthawk also had this one-of-a-kind exhibition gun on display, ornately embellished by a master German engraver. 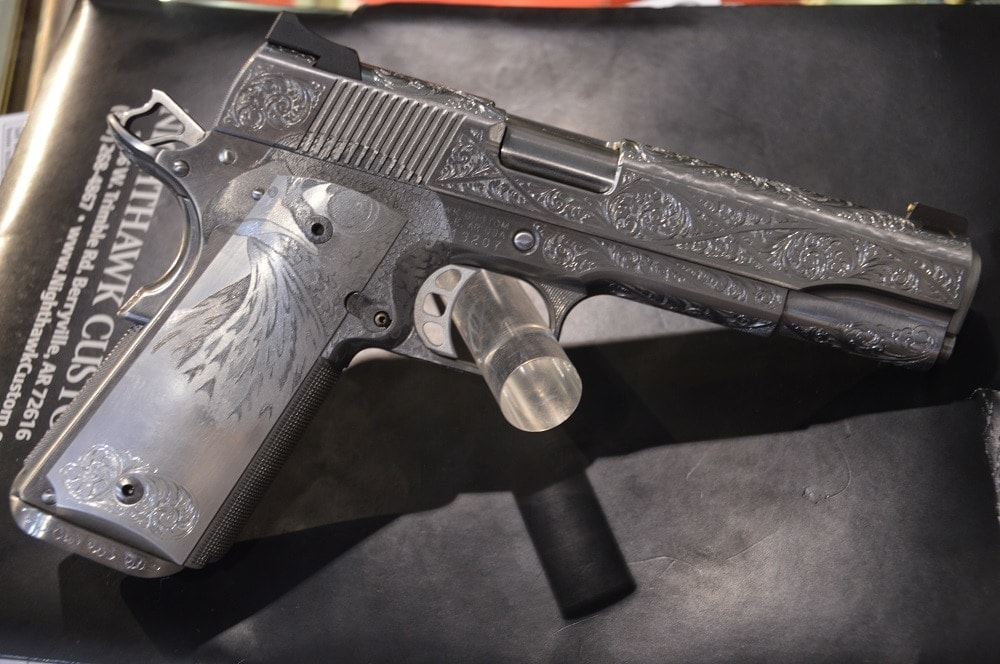 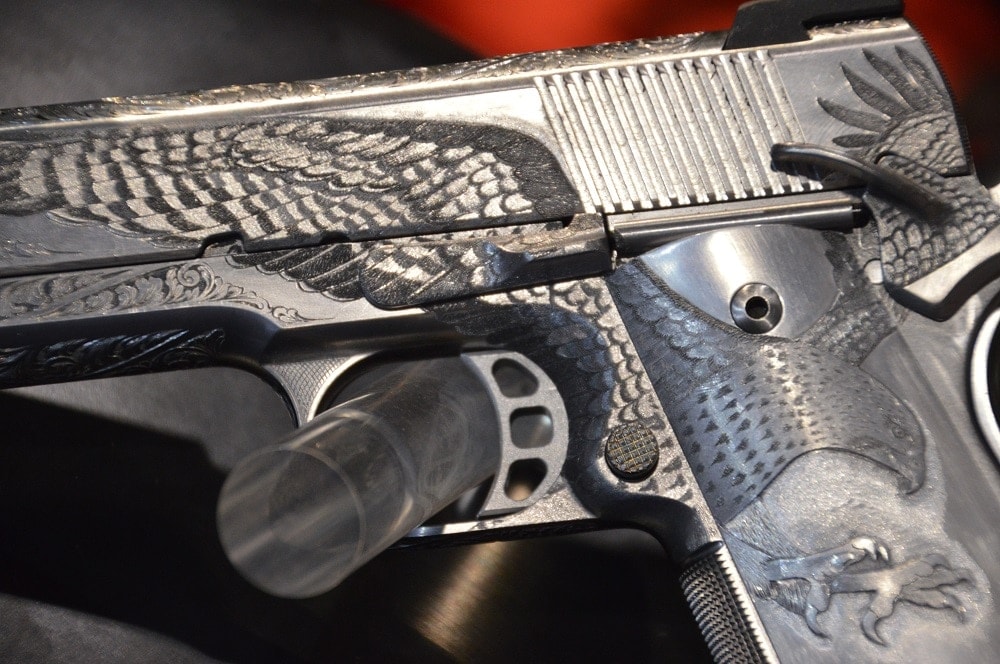 Hundreds of hours of painstaking work. 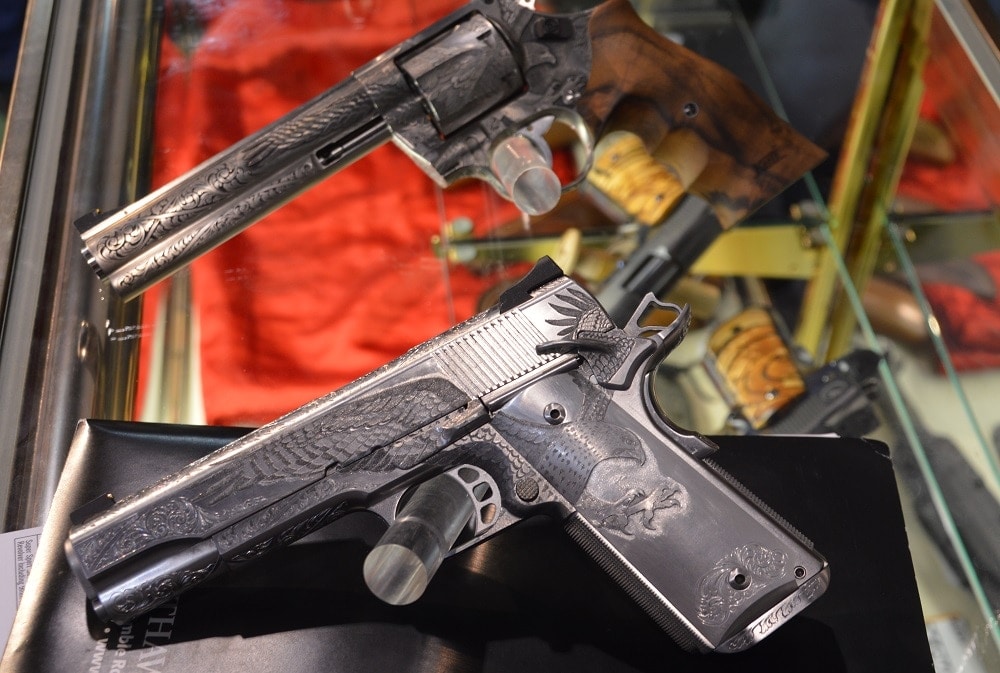 The 1911 is paired with a Korth revolver that has been similarly treated. 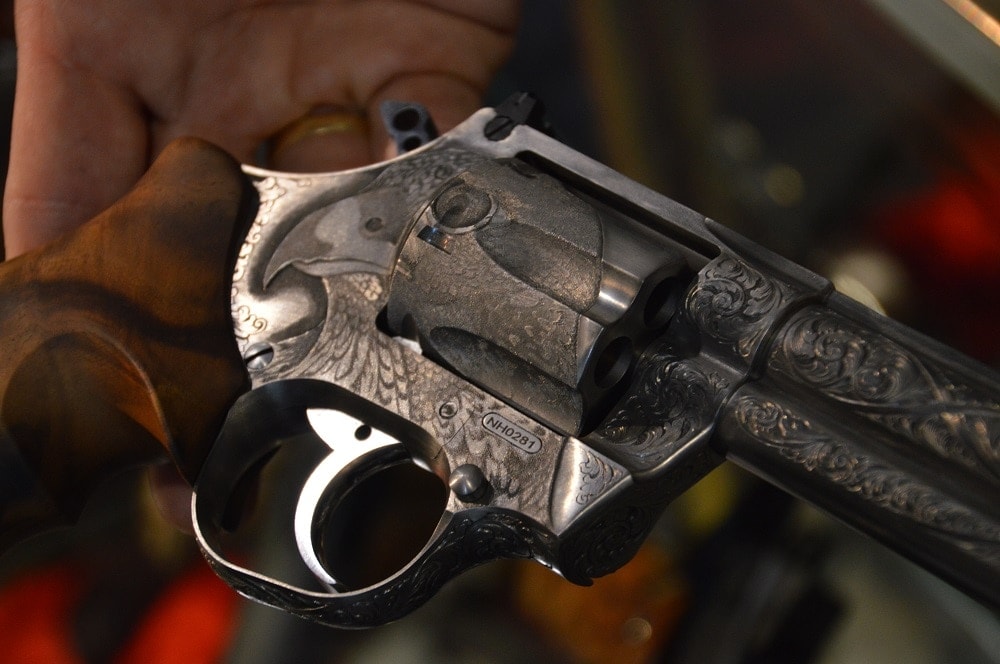 Yes, we know this is a 1911 spread, but we just couldn’t break up the family.