With close to a million registered suppressors in circulation, it’s no surprise we came across curious cans wherever we turned in Las Vegas this week. 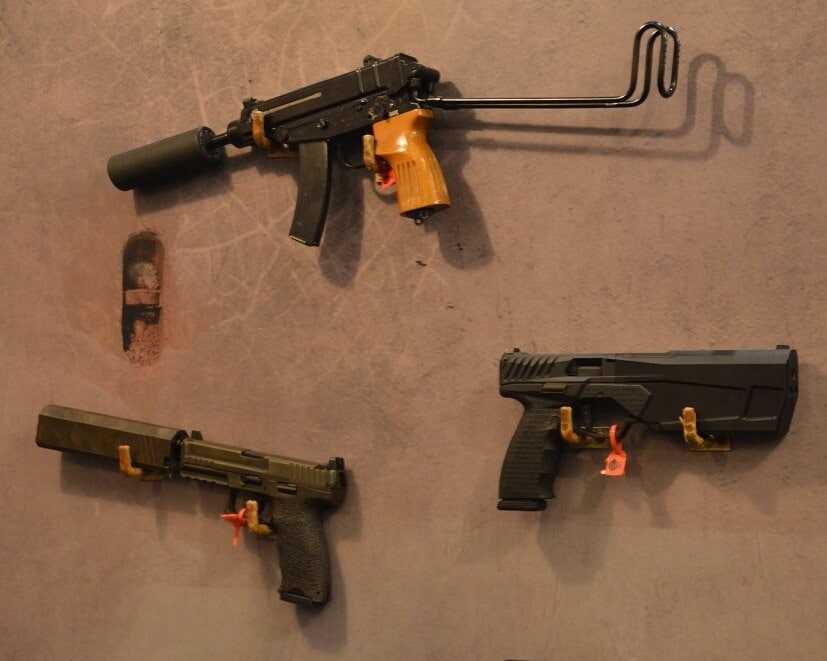 Just hanging around on the walls of SilencerCo’s booth are an SSVi customized HK VP9 with matching Osprey 9K can, as well as a Skorpion and a Maxim — which is now shipping. (Photos: Chris Eger/Guns.com) 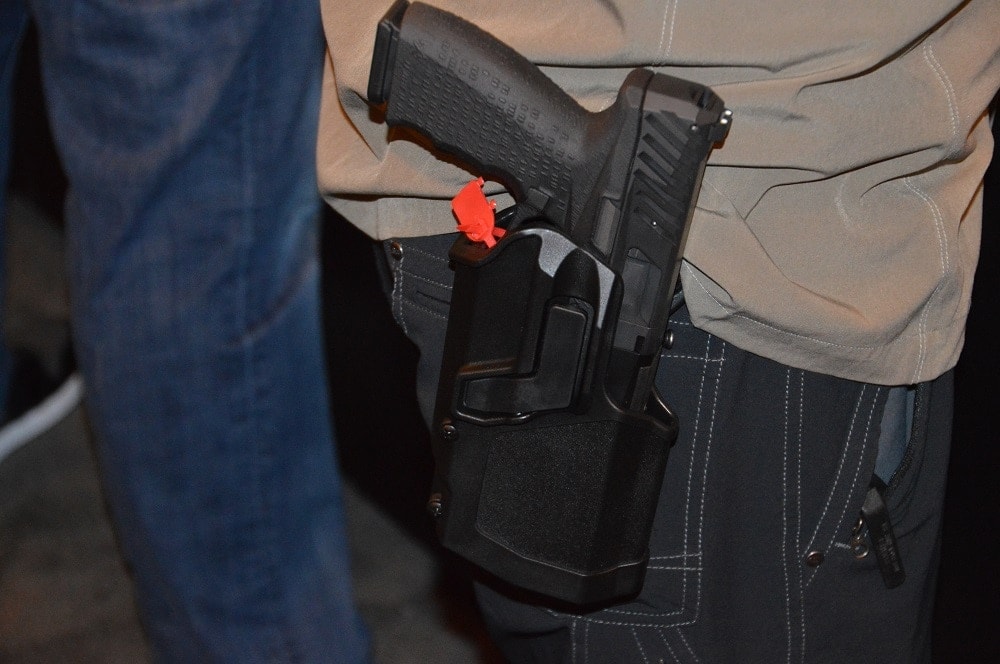 And yes, Virginia, you can holster a Maxim 9! SilencerCo reps tell us Blackhawk and two other holster makers are already producing models to fit. 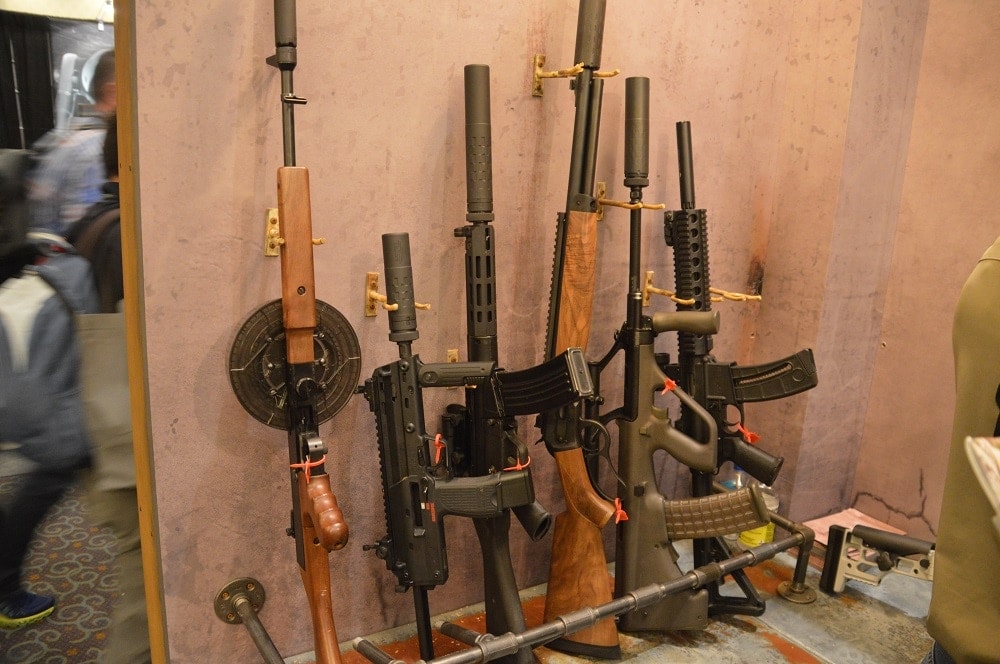 Then there is the rack of assorted novelties at SilencerCo — how many can you name? 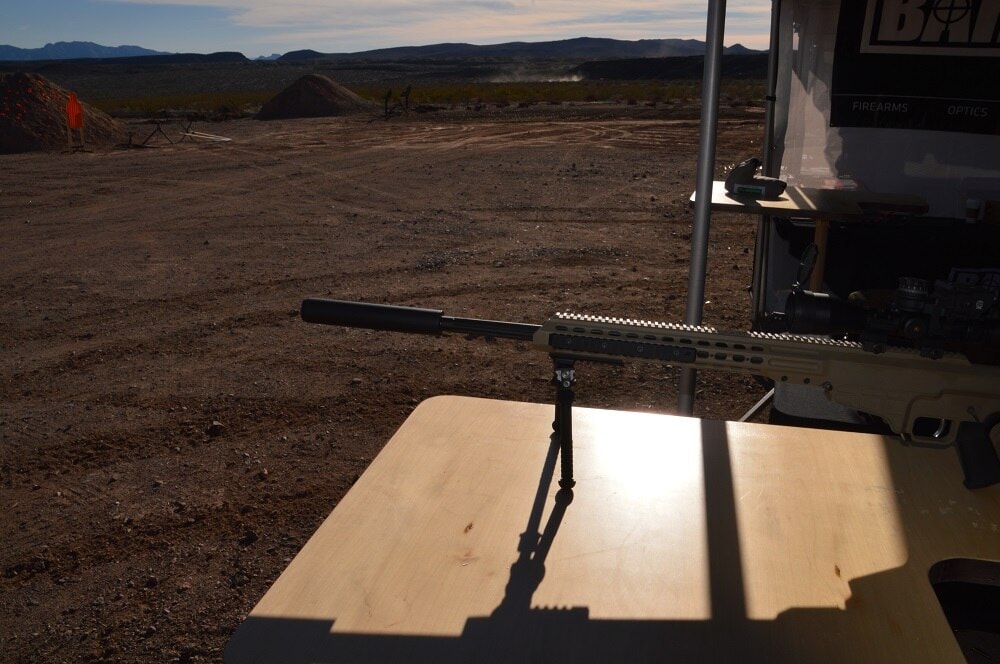 Just a Barrett AM338 mounted on an MRAD rifle keeping everything quiet on range day. 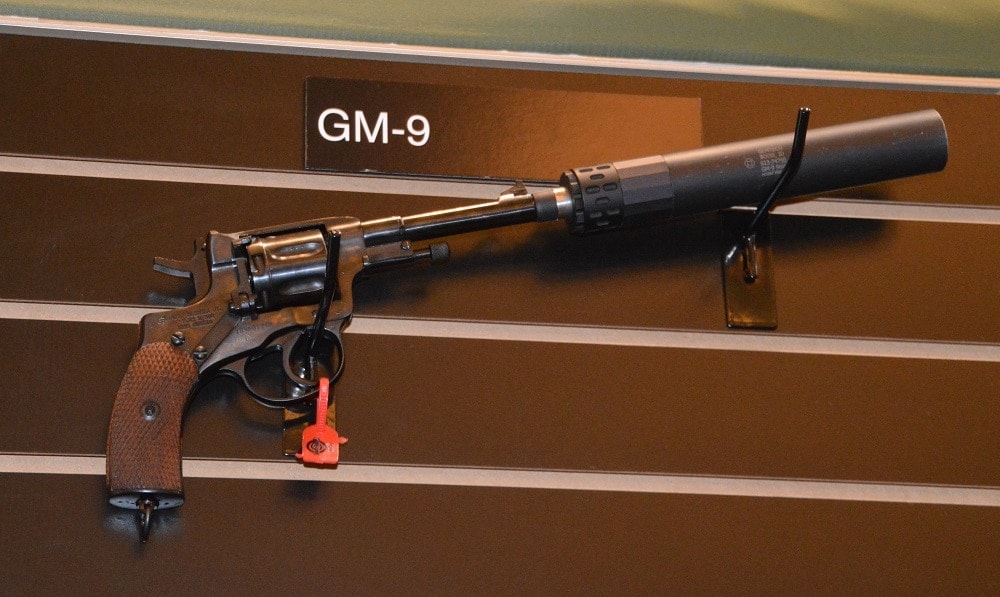 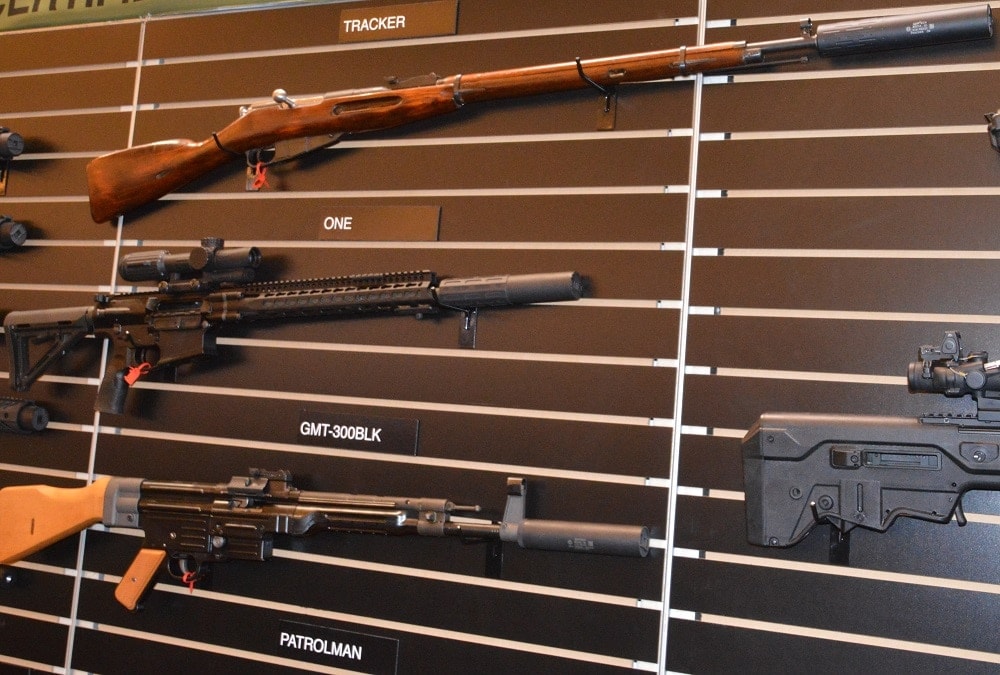 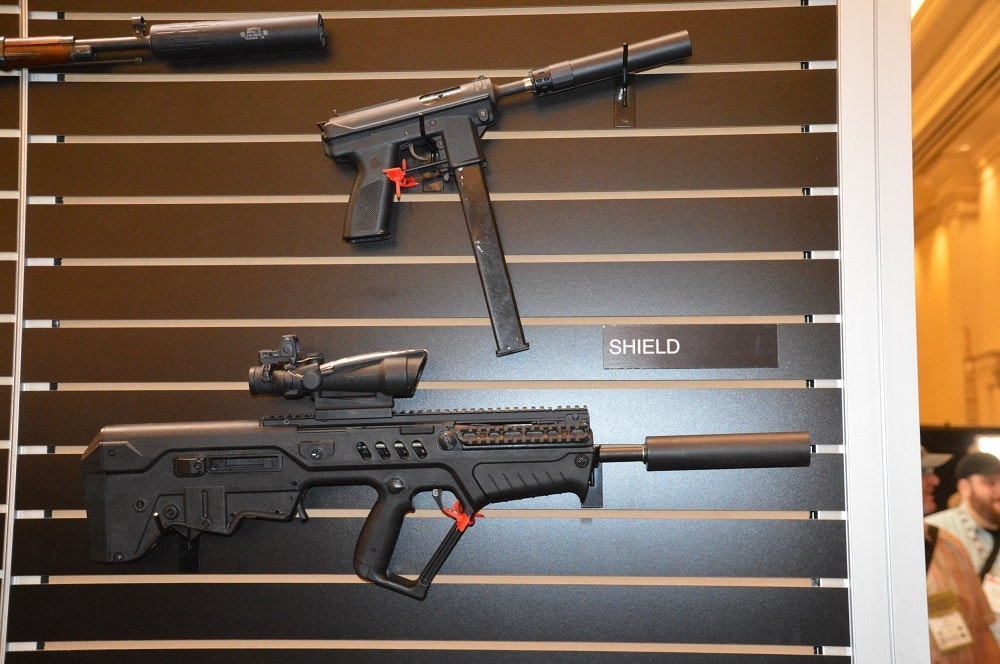 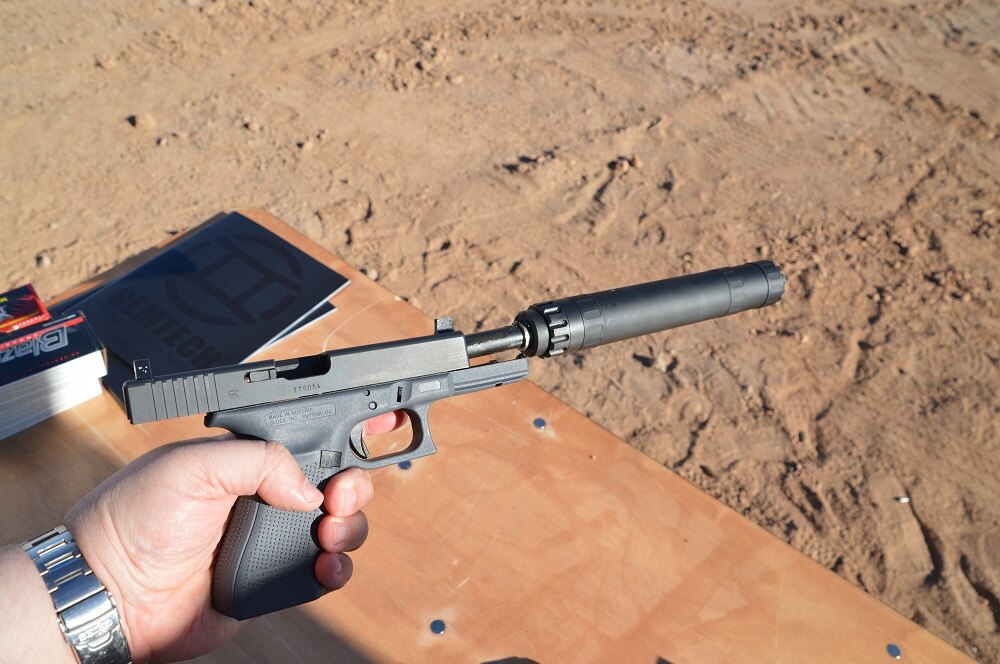 If you liked those, you will be over the moon for Gem’s new Lunar 45 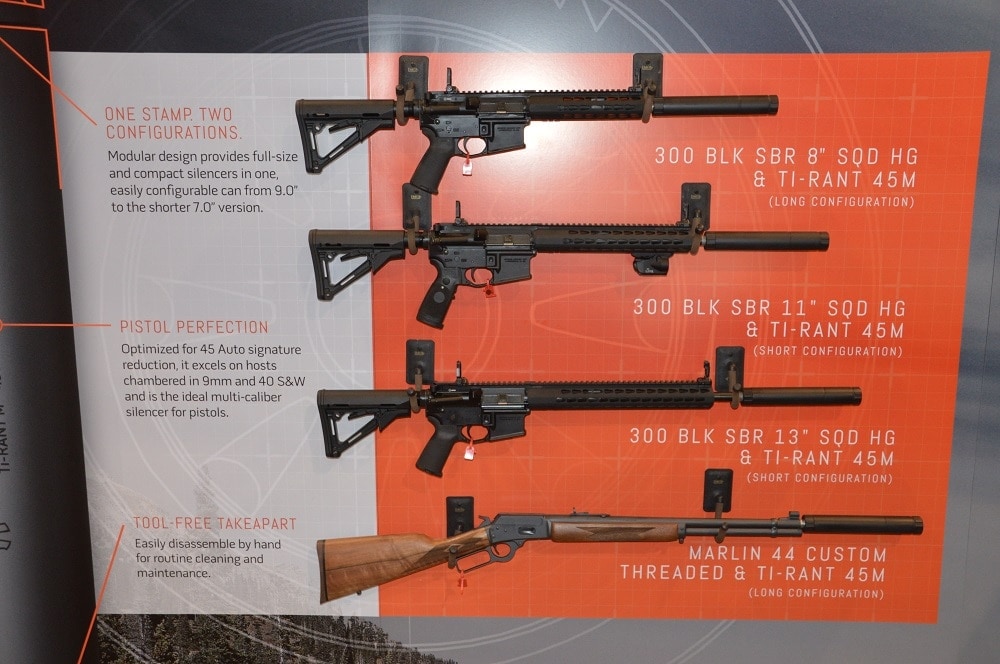 AAC’s TiRant 45M series, which was augmented by their new TiRant 9M 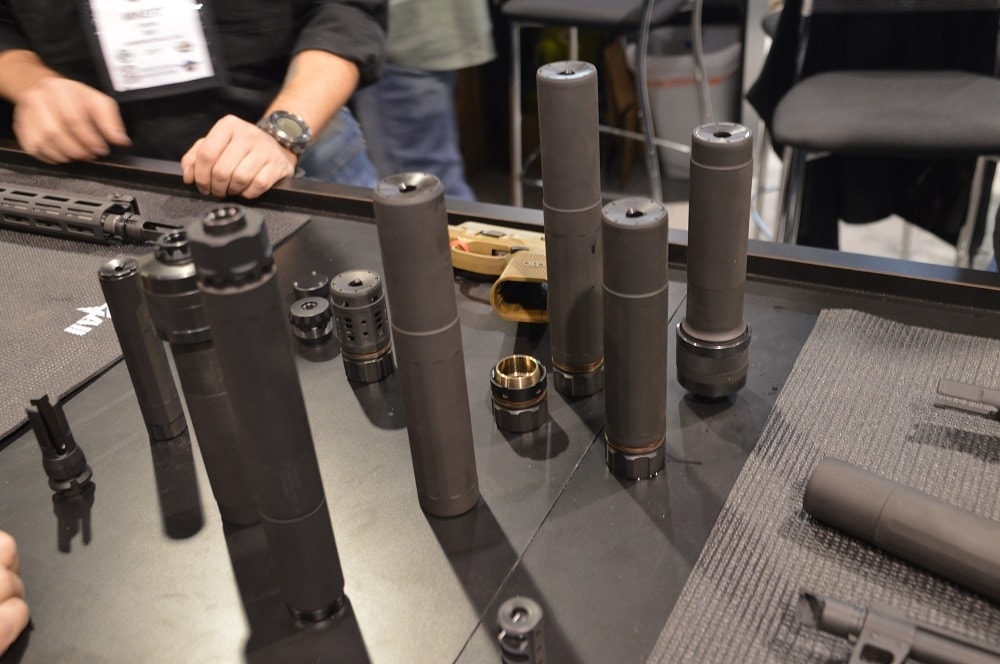 DeadAirSilencers and their selection of cans–including the Ghost, Sandman and PBS-1 Wolverine — the latter designed for the AK. 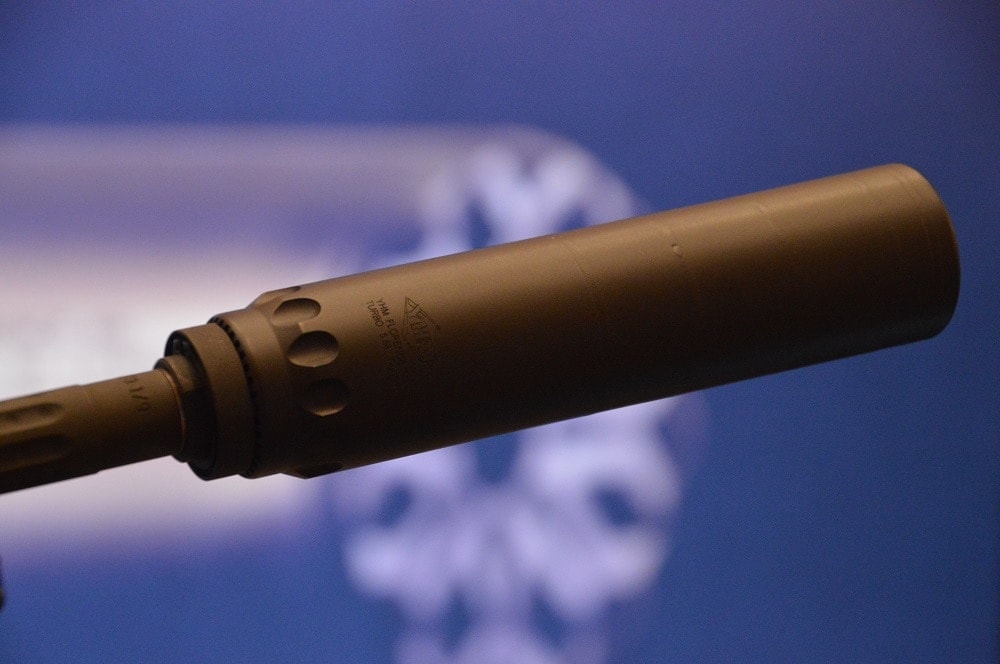 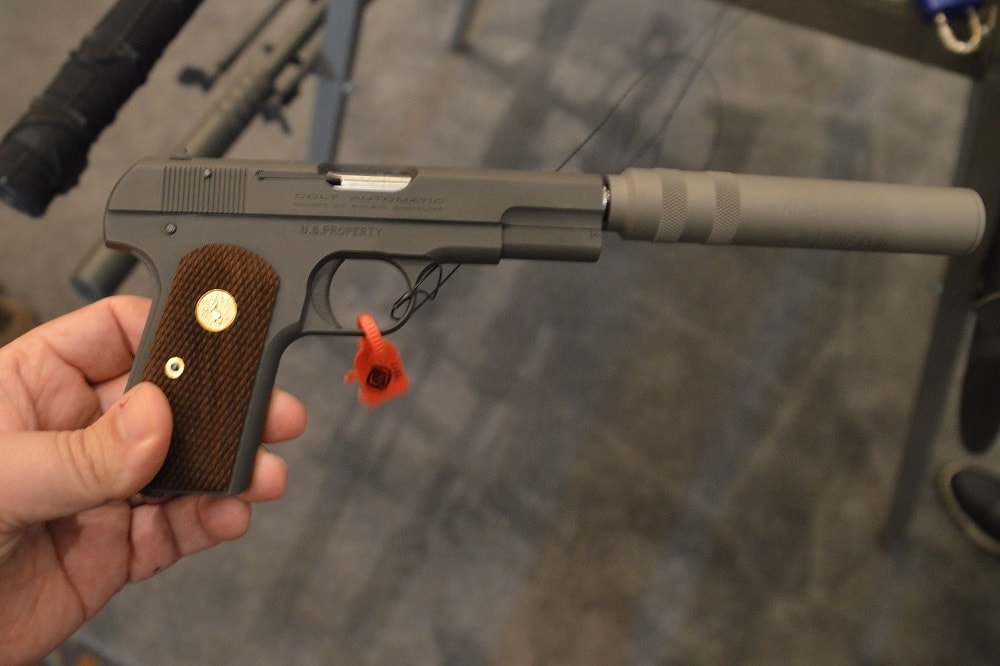 Elite Iron going old-school with a U.S. Property-marked Colt .32, which makes sense because the type was used by OSS agents during WWII–though the can is of slightly newer vintage 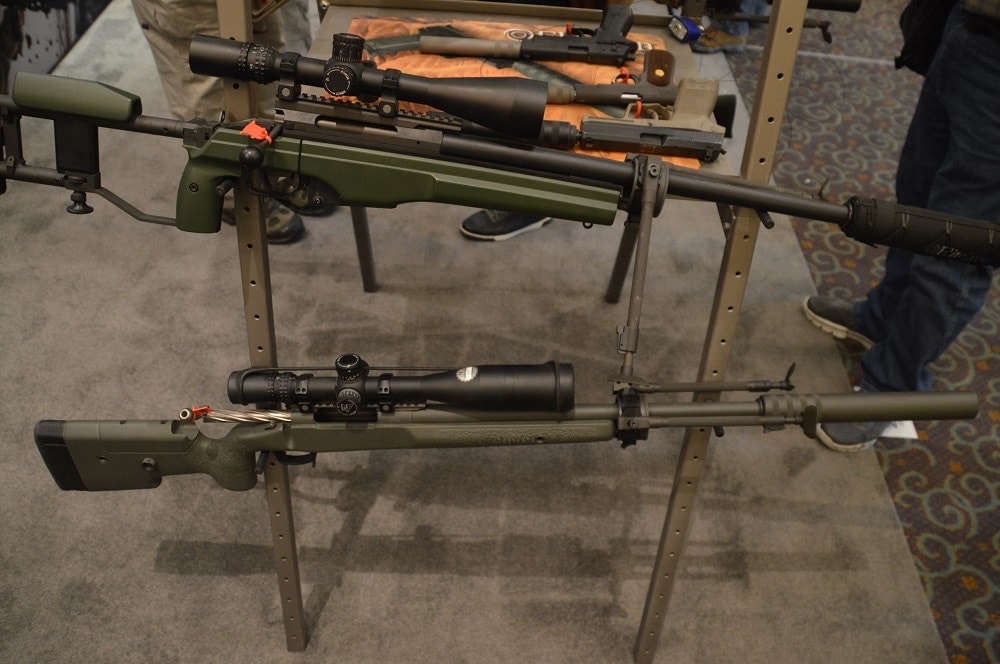 It could be said that Elite also has some larger options 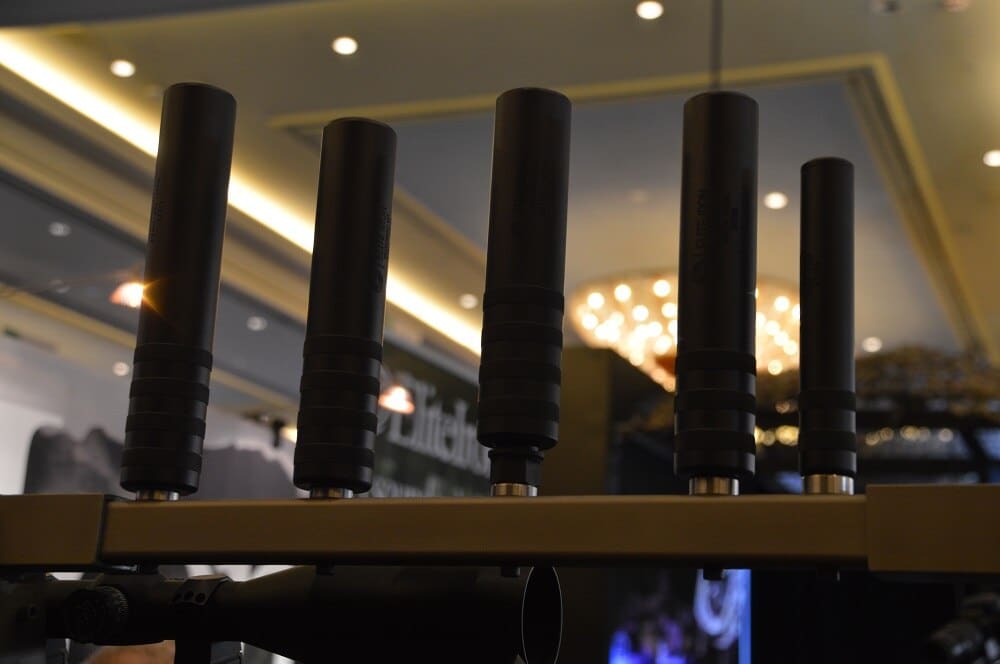 The market a muffler for everything from .17HMR to .50 cal 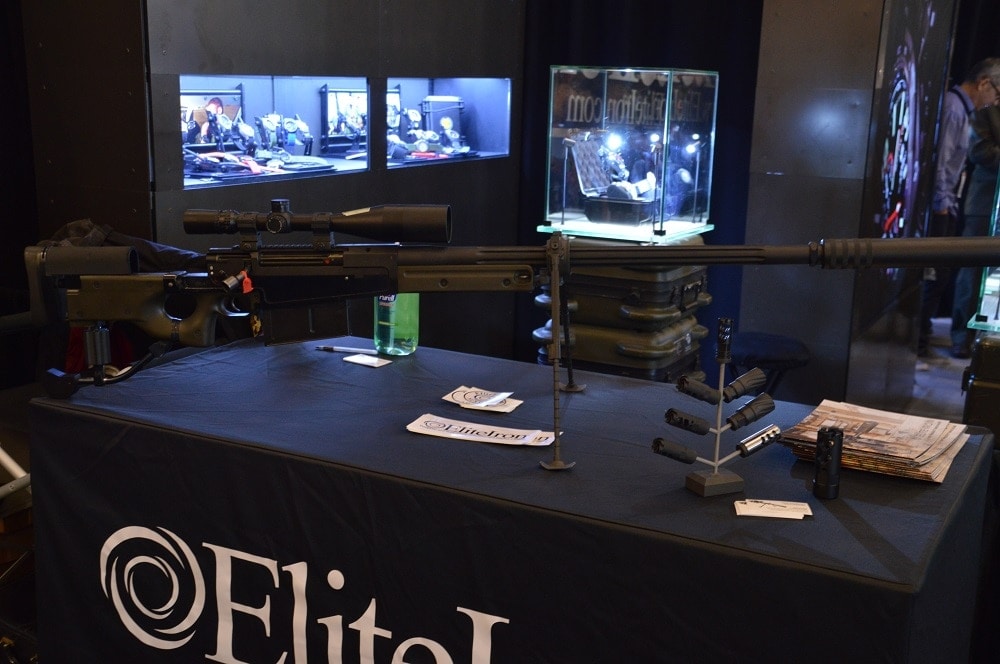 Speaking of which, Elite markets the Alpha, a .50 BMG suppressor that cuts the flash signature at 50 yards forward of the muzzle to about the same as the striking of a BIC lighter. 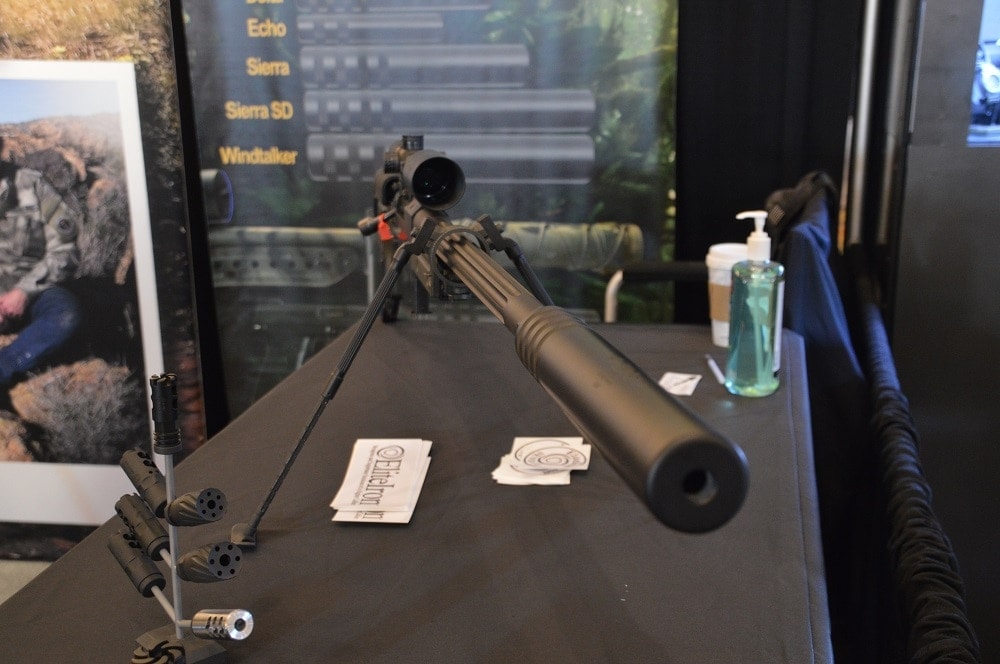 The can is mounted on an Accuracy International AW50. Got a light?