Security guard charged with murder for shooting he called self-defense 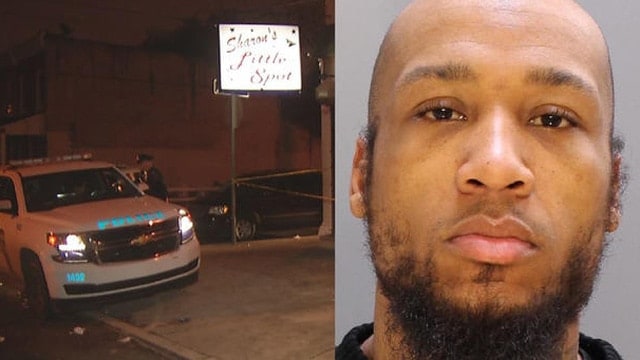 Edward Morgan was charged with murder following a deadly altercation with the manager of a corner bar. (Photo: NBC 10)

The security guard at a corner bar in the Germantown area of Philadelphia is facing murder charges after he shot the bar’s manager during an altercation that turned physical.

The incident unfolded around 11 p.m. on Monday when the security guard, 28-year-old Edward Morgan, and the bar manager, 44-year-old Christopher Johnson, became started arguing in a back room of the business, according to reports from a local NBC affiliate.

At some point, the argument turned into a physical altercation, Philadelphia Police Chief Inspector Scott Small confirmed. Small said preliminary reports indicated that Johnson was attacking Morgan when the shooting occurred. In fact, Morgan claims Johnson hit him over the head with a bottle before he pulled out his gun and opened fire, but Small did not say whether there was physical evidence of such an encounter.

Johnson was shot a total of three times – twice in the torso and once in the leg. When police arrived on the scene, he was still conscious but was transported to a local hospital where he died a short time later.

Morgan was said to have met the police when they arrived at the bar and admitted to shooting Johnson. He was subsequently taken into police custody and faces murder and weapons charges.

Authorities did not say what the two men were fighting over, but they apparently had a history of “bad blood” and a fight had been “simmering” for some time.

“It doesn’t make any sense to me,” Philadelphia Police Commissioner Richard Ross told reporters. “Seems like he was there to protect the place. Instead the opposite happened.”

At the time of the shooting, there were several other employees and patrons at the bar. They were all questioned, but none said they witnessed the altercation, as it took place in a back room. None of the other employees or customers were injured.

Morgan’s preliminary hearing is scheduled for February 1. It’s unclear if he has an attorney.