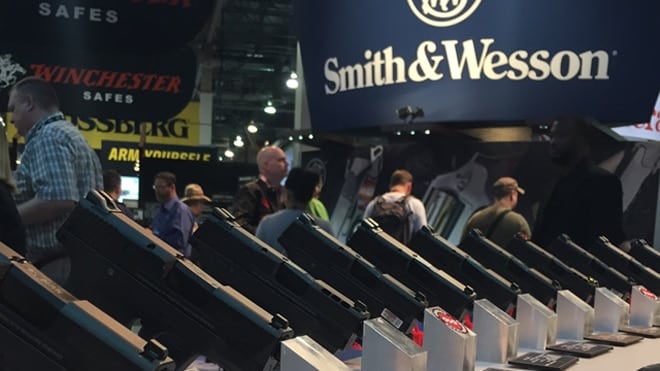 Expect more acquisitions but not a lot of change by American Outdoor Brands Corporation, the newly established holding company for Smith & Wesson.

The news may be a sigh of relief for fans who feared the company had forgotten its roots when it opted for the dry title over the iconic S and W. But rather the company organized itself so the highly recognized name Smith & Wesson would be structured as a part of the firearms division.

Slides from Tuesday’s presentation with investors in Las Vegas describe how the corporation, which has been gobbling up brands for the past two years, executes its acquisition strategy: buy companies with salient business plans and leadership but centralize “distractions” like accounting, human resources, IT, etc. Then, executives plan to grow by building “business around the consumer” they already know.

Marketing outdoor products and shooting accessories to Smith & Wesson buyers opens AOBC to the much more lucrative “rugged outdoor” market that’s valued $30-$35 billion more than firearms, according to the presentation. The expansion may act as a safety net as gun sales begin to slow.

According to the presentation, industry indicators show sales of handguns and long guns decreased by 17.4 percent in 2016 despite a record number of federal background checks, which analysts use as a barometer for gun sales. While accessories and optics only made up 17 percent of total company sales, the company forecasts ending the fiscal year with $200 million more in total revenue because of the addition.